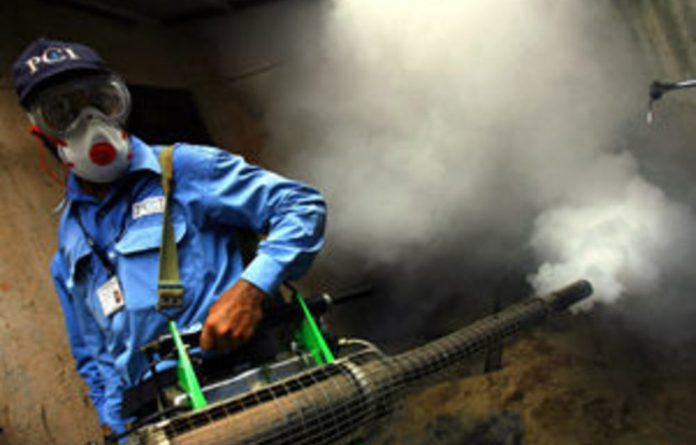 At the dawn of the new millennium, hospitals and clinics in northern KwaZulu-Natal were inundated with patients and graveyards were filling up fast.

The area was in the grip of one of the most severe malaria epidemics in its history. Luckily, by 2001 the malaria cases had fallen by more than 80%, thanks to the reintroduction of DDT. Spraying small amounts of DDT inside houses stopped the malaria epidemic in its tracks.

Although South Africa and several other countries rely on DDT to save lives, many environmental groups oppose the use of DDT and all other insecticides in public health campaigns.

Some United Nation groups appear to be so captured by radical environmental interests, they are prepared to put millions of dollars into a disingenuous campaign to claim that insecticides are not needed to control insect-borne diseases. Most regrettably, the UN seems prepared to abuse science and publish false data to achieve its political goals.

The Global Environment Facility (GEF) — a partnership of various UN agencies and the World Bank — funded experiments in so-called environmentally sound malaria ­control. Starting in 2004, in selected areas of Mexico and seven countries in Central America, the GEF attempted to demonstrate that malaria could be controlled without using any insecticides, in particular DDT.

These environmentally sound interventions included using fish to eat mosquito larvae, whitewashing the interior of houses and planting neem and oak trees around them. At the end of the experiments, the GEF, the UN Environment Programme (UNEP) and even elements of the World Health Organisation made the bold and impressive claim that they had achieved more than a 60% reduction in malaria.

Evaluation
In reviewing the evaluation of these experiments, we found the claims of success to be based on manipulated and false data. Our research paper was published in the peer-reviewed journal, Research and Reports in Tropical Medicine, (www.dovepress.com/articles.php?article_id=6101).

The GEF/UNEP projects established demonstration areas in which “environmental” interventions were used and scientific controls in which there were no such interventions. Both the demonstration areas and the controls were in high malaria-burden areas where, as a separate activity to the GEF/UNEP experiments, malaria-control programmes were distributing malaria medicines widely.

In this region the provision of large quantities of malaria treatment, which clears the malaria parasites from the human population, is the main method of disease control. At the end of the GEF/UNEP experiments it was shown consistently, across all countries, that there were no differences in the malaria rate between the demonstration areas and the controls. It confirmed something that most malaria scientists have known for a long time: malaria cannot be controlled by environmental ­management alone.

To arrive at their impressive results, GEF/UNEP ignored the outcome of their own experimental designs with controls, instead claiming that the national reduction of malaria cases occurred as a result of their experimentation. Malaria cases in six of the eight countries had indeed fallen, thanks not to environmental methods, but to the widespread distribution of anti-malaria medicine. The successes claimed by GEF, UNEP and others in the environmental sector, therefore, belong to those who manage the national malaria programmes.

Not a single peer-reviewed scientific study documenting the project was published. Yet, in spite of this, and the obvious manipulation of data, UNEP’s executive director, Achim Steiner, described its false results, in an Orwellian moment, as “calculated and tested science”.

Of more urgent concern is that, when it comes to Africa, even if the GEF had been honest about the reasons for the reduction in malaria cases, the successful strategies employed in the “test” countries would be irrelevant. Those same drugs are useless when used in Africa because of the degree of resistance to them that has built up and because the countries’ health systems are totally inadequate for any widespread drug-distribution programmes.

Malaria control
The global use of DDT is governed by the Stockholm Convention on Persistent Organic Pollutants. This UNEP convention allows DDT to be used to control malaria until a safe, effective and affordable alternative is developed. And this is probably the reason why these agencies were prepared to be involved in such tawdry false reporting.

UNEP and its partners have set an arbitrary and scientifically unjustifiable goal of stopping all production of DDT by 2017 and halting all use by 2020.
But these goals can be met only if it can be demonstrated that safe, effective and affordable alternatives are available. With nothing to show for the $14-million of taxpayers’ money spent in Mexico and Central America, UNEP and the GEF chose to manipulate the data and pass off the success of others as their own.

UNEP has gone even further than just misleading the public on the outcome of its wasteful experiments in Latin America. In an effort to find new areas over which to exert its control, senior UNEP officials have said publicly that they seek to reformulate the WHO’s global malaria programme to focus it more on the global elimination of DDT and other insecticides.

At present, malaria scientists working within WHO are focused on eliminating malaria rather than the tools to do the job. Southern African Development Community governments must vigorously oppose the UN agencies that seek to put their own political power and budgets ahead of the lives of the SADC countries’ children, who are at risk from malaria. These governments should insist that UNEP officials visit the graveyards of northern KwaZulu-Natal to see the devastation their policies cause.