No change without Mubarak? 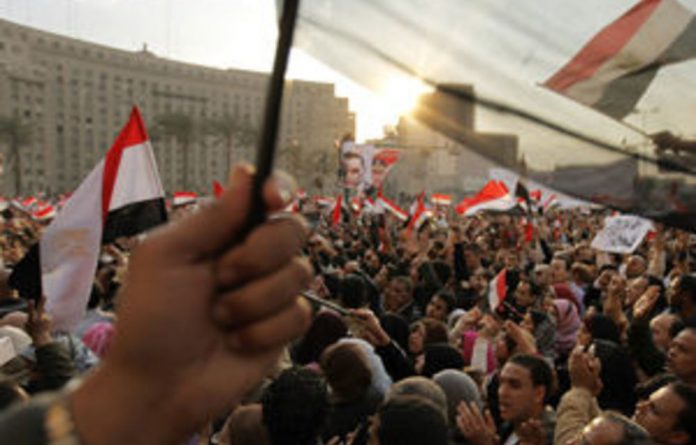 It is not easy to predict what will happen next in Egypt’s uprising, but if there is to be significant reform in the post-Mubarak era the route will have to go through several far-reaching constitutional and political changes needed to open up a sclerotic system.

Talks on February 6 between the vice-president, Omar Suleiman, and opposition figures produced little of substance — though the meeting with the Muslim Brotherhood was a symbolic first. Mistrust, however, remains strong: Essam al-Erian, a leading Brotherhood member, complained this week that a statement issued after the meeting had not been signed by the attendees.

Crucially there is still no sign Mubarak is going to step down before September — a position now tacitly supported by the United States, the United Kingdom and other Western governments. The key question is whether change can take place without his departure — the core demand of the protesters in Cairo’s Tahrir Square.
Mohamed ElBaradei, the nearest the divided opposition has to a recognised leader, is insisting the president must go and has called for a ruling council to serve for a year of transition as a caretaker government to prepare for new elections. He also wants the constitution abolished and Parliament dissolved.

Key changes include amending articles 76 and 77, which describe the powers of the presidency and the system for presidential elections that perpetuated Mubarak’s rule for a fifth consecutive term. Article 88 also needs to be amended to restore full judicial supervision of elections.

Another must is article 179, controversially amended in 2007 to include an “anti-terrorism” measure that allows arbitrary arrest, searches and wiretapping without warrant and the transfer of civilian court cases to ­military tribunals.

Debate in Egypt, as the Arabist blog put it, centres on how to proceed with either a new constitution or adapting the current one to the new circumstances. One initiative calls on Mubarak to devolve to Suleiman the responsibilities of managing the transitional period, dissolving the Shura (consultative upper) council and People’s Assembly (lower house) and form a committee to prepare constitutional amendments.

But some experts warn that Mubarak’s immediate departure could make it harder to carry out changes. “If he resigns, the situation will be dangerous because we will have a constitutional vacuum, which means that we will have no chance to amend the constitution,” Ibrahim Darwish, a constitutional lawyer at Cairo University, told al-Masry al-Yom newspaper.

Opposition supporters are also demanding the release of detainees belonging to the Muslim Brotherhood, the April 6 and January 25 movements and other groups. Other demands are greater freedom for private media.

There are calls too for civilian oversight of the police and security forces and a commitment by the army to supervise the transition. But Sherif Younis, another law professor, urged that change in Egypt be looked at in the broadest possible context. “What’s missing from the current debate is an honest discussion about the fact that the constitution exists in a wider context where a state of exception prevails and the exercise of political power often trumps the rule of law.”

Muslim Brotherhood: A force the world can no longer ignore
Egypt’s Muslim Brotherhood, which held landmark talks on February 6 with vice-president Omar Suleiman, is used to controversy over its ideology and tactics but has never before received such intense scrutiny at home and abroad.

The veteran Islamist movement was slow to respond when the unrest began, although it has made clear that whatever happens next, it will be involved. It is hard to imagine a successful democratic transition without it.

Egypt’s best-organised opposition group, which has an estimated 600 000 members, is formally banned but has been a significant force since it was founded in 1928. Its reputation and role have changed markedly — though it still arouses suspicion and has enemies.

Hosni Mubarak’s regime often seemed obsessed by it. Without vote-rigging the Brotherhood would have won far more than the 88 seats (20% of the total) it took in the 2005 elections — its candidates ran as independents to evade the ban on religion-based parties.

The Brotherhood — or Ikhwan as it is known in Arabic — boycotted last year’s rigged elections. Since then it has again seen its offices closed down and leaders harassed, arrested and released in a cat-and-mouse game with the authorities. In 2010 6 000 activists were detained. As with other Islamist movements, its popularity is based on a reputation for not being corrupt and its charity work in clinics, nurseries and after-school tutoring. Volunteers fill gaps left by a state that has seen illiteracy rise and services fail as liberal economic reforms enriched businesses close to the regime.

In 2006 Suleiman, then Mubarak’s intelligence chief, described the Brotherhood as “neither a religious organisation, nor a social organisation, nor a political party, but a combination of all three” — though the regime exaggerated its importance to present itself as a bulwark against extremism.

Unchanged hostility
It used terrorist methods before and after the 1952 revolution and its underground wing was kept under surveillance by state security, which tortured thousands of its members. But it was also exploited by presidents Nasser and Sadat as a counterweight to the left. It used anti-Western, anti-Zionist and anti-Semitic language.

Nowadays it eschews violence and is attacked by al-Qaeda for urging young Muslims to vote in elections instead of taking up jihad. Its hostility to Israel and Zionism remain unchanged.

It has evolved in other important ways, expressing a readiness to work within a democratic framework that uses sharia law “as a reference” — an ambiguous formula that worries secularists and the large Christian Coptic minority. “Islam is the solution,” remains the Brotherhood’s slogan.

“Although the Brotherhood entered the political system to change it, it ended up being changed by the system,” commented American scholar Carrie Rosefsky Wickham on the website Foreign Affairs.

“The Brotherhood is too savvy, too pragmatic and too cautious to squander its hard-earned reputation among Egyptians as a responsible political actor or invite the risk of a military coup by attempting to seize power.”

Most experts predict that if free elections were held in Egypt, the Ikhwan might win 25% to 40% of the vote, though that would depend on the ability of smaller rival democratic and secular parties to carve out the space deliberately denied them by the Mubarak regime.

In a multiparty system the Brotherhood would certainly voice its hostility to the peace treaty with Israel. But it is hard to imagine it would seek to return to the bad old days of a permanent war. — Guardian News & Media Limited