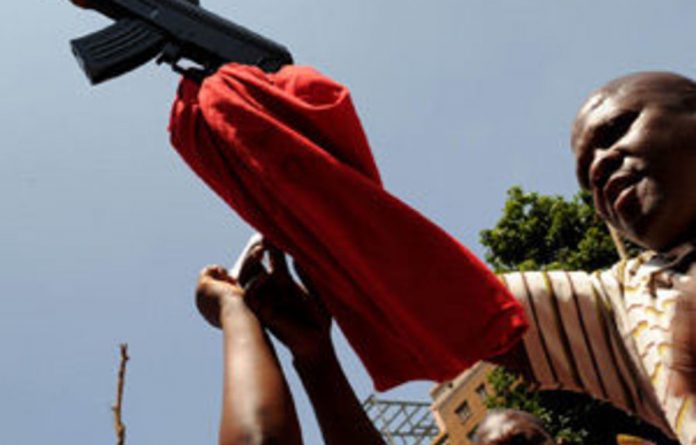 Unions and the Road Freight Employers’ Association (RFEA) will meet on Tuesday to thrash out solutions to a wage dispute in the sector, which has sparked violent protests in Johannesburg.

Four people were injured when police fired rubber bullets on protesters in downtown Johannesburg on Monday, during a demonstration by truckers who attacked non-strikers and damaged their vehicles.

“If they [the employers] don’t come to the party, the strike will carry on indefinitely and it will severely affect all important sectors relying on road transport,” Tawusa general secretary Zack Mankge said.

“All four unions hold the same views, and we all agree that the strike will go on until we find a solution.”

The countrywide strike may have disastrous impact on important services, including deliveries of fuel to petrol stations, gas to hospitals, and coal to Eskom’s power stations.

Satawu president June Dube said the road freight industry would be brought to a standstill as about 65 000 members intended joining the strike during the week.

Sticking point
The unions are demanded a 20% increase allocated over a two year period.

All four unions said they would negotiate on the 10% increase, but would not easily go below 8,5%.

The last freight strike was in 2009. It lasted a week and turned violent.

Non-striking truck drivers were shot at, stoned, and forced to flee their damaged vehicles after they were burnt.

Unions told the South African Press Association that it hoped to avoid a repeat of those incidents. However, on Monday afternoon, police had to fire rubber bullets in a protest that turned violent in the Johannesburg city centre. Four freight workers were injured in the incident.

The trouble started at midday when the protesters, from the SA Transport and Allied Workers’ Union, smashed the windows of 10 trucks, pulled drivers out of their vehicles and forced them to join the march.

Mankge said: “We never encourage violence. Workers are told where to be during picketing. They are always encouraged to be peaceful during protests.”

PTWU general secretary Reckson Baloyi said some members were part of the protest on Monday, but were not involved in this incident.

“It was not our members who did that. We didn’t even see anything turn violent,” he said. – Sapa