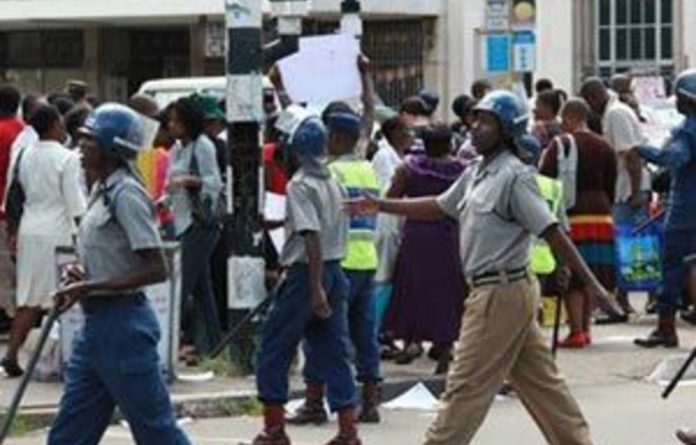 The European Union on Tuesday removed 35 people from a list of Zimbabweans hit by a travel ban and asset freeze, citing progress made by Harare in delivering basic services to its citizens.

But the EU left 163 people and 31 businesses on the list, including President Robert Mugabe, and kept an arms embargo as it noted a lack of progress on the political front and a recent spike in political violence.

In an annual review of the situation in Zimbabwe, the EU noted “significant progress” made by Harare in addressing the economic crisis and improving the delivery of basic social services.

But EU foreign policy chief Catherine Ashton, speaking on behalf of the 27-nation bloc, called for further reforms on the rule of law, human rights and democracy to pave the way for “credible elections”.

“Economic and social developments have not been matched by equivalent progress on the political front,” she said in a declaration.

“In this context, I have to express my deep concerns at the upsurge in political violence seen in recent weeks,” Ashton said.

The EU concluded there was not enough progress to “justify a more substantial change of its policy towards Zimbabwe”.

Lack of political reform
In a quick response to the measures, Britain said that while Zimbabwe had made progress on economic issues and in delivering public services, London had “strong concern” over the lack of political and democratic reform and the upsurge in political violence in recent weeks.

“There is still a long way to go before Zimbabwe can be considered a fully democratic state responsive to the needs of its citizens,” the British government said in a statement.

“We, along with our EU partners, emphasise our willingness to revisit the measures at any time should there be further concrete developments on the ground in Zimbabwe”

The people on the sanctions list are accused of seriously undermining democracy, respect to human rights abuses and the rule of law.

The bloc decided to extend by another year punitive measures imposed since 2002, including a ban on selling weapons to Zimbabwe and a prohibition on channeling EU development aid through the government.

Mugabe formed a power-sharing government with opposition leader Morgan Tsvangirai, who became prime minister, in 2009 to mend an economy ravaged by hyperinflation and avoid a descent into civil war in the aftermath of a bloody presidential run-off election.

Mugabe, in power since 1980, is pushing for fresh elections this year despite a deadlock over a new constitution that was supposed to pave the way for the next polls. – AFP