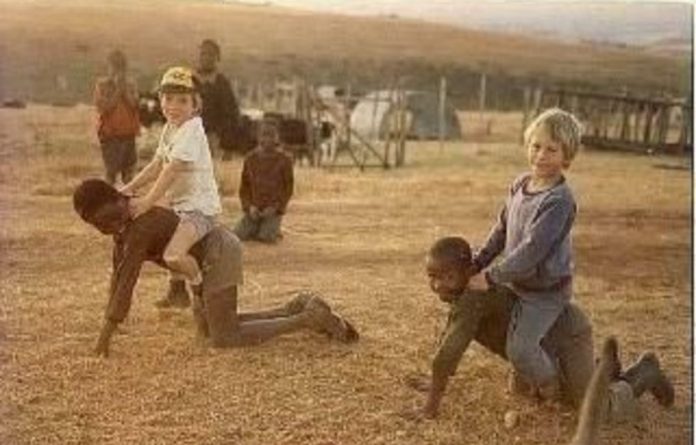 The Aveng Group — a major construction and infrastructure development company — has suspended a manager after he circulated a racist email.

Otto Botha, a member of a management team at one of Grinaker-LTA’s divisions — which falls under Aveng — allegedly circulated an email within the company, entitled “quad bikes in the good old days”.

The email drew the ire of government officials.

Dr Bandile Hadebe, director of planning and foresight at the Presidential National Commission on Information Society and Development, on seeing Botha’s email, emailed Roger Jardine, CEO of Aveng, saying that Botha’s email was “depicting an image of two Black boys crawling on all fours, on a gravel road in some remote farm, while being ridden by two White boys”.

Hadebe, together with Professor Ndawonde — the international and media liaison at the Government Communication and Information System and acting in his personal capacity — have now spoken out against the contents of the email.

Ndawonde said in an email to Hadebe, which was also copied to media organisations: “This cannot be tolerated, last week the president was talking about social cohesion and appealing to everyone to join hands in fighting racial inequalities but the defiant Botha continues to undermine black community.”

Hadebe wrote to Jardine: “The email distributed by Mnr Otto Botha … is the lowest form of insult that could be levelled against any Black person in this country.

‘Leisure-toys for white people to ride’
“So as not to leave much to speculation, this communiqué is personal … Such racist tendencies cannot be tolerated in the South Africa we are so actively trying to build.

“If you thought the BP spillage was a disaster, you will soon realise that it was just a picnic on a Sunday compared to what you [Aveng] are about to face,” he told Jardine.

“This particular email has been distributed by a leader in your organisation, a member of Exco, who draws inane amusement from an image that is not only derogatory but categorically reduces all black people in this country to sub-human status; mere vehicles for ensuring white people’s comfort and carrying them across gravel roads.

“Considering his role and status in your organisation, this immediately beckons the question regarding your company’s approach to transformation if the executive is populated with such individuals who see black people as weekend leisure-toys for white people to ride,” he said in the email to Jardine.

“Your company might struggle to see the value of a black man, beyond digging trenches and laying cement,” said Hadebe.

Aveng responds
In response received by the Mail & Guardian on Thursday, Juba Mashaba, the Aveng group’s human resources director, said he had called Hadebe on Monday and expressed his “disgust” at the email.

“I immediately called him and told him that we were equally appalled by this email which has no place in our company or in our country. I informed him that we were shocked at the graphic distributed by one of our junior managers, that the matter was being urgently investigated and that we intended to take the necessary action,” said Mashaba in his statement.

Mashaba said the company had suspended Botha on Monday afternoon and he would be facing a disciplinary hearing early next week.

“We have also suspended a second person in regard to this matter. I would like to assure you that this behaviour is a direct violation of our company policies and is viewed in a serious light by not just management but the overwhelming majority of our employees,” said Mashaba in the statement.

‘Imagine a Malema with a degree’
Hadebe also said he would be bringing Botha’s email to the attention of, among others, the tripartite alliance secretariat, government’s spokesperson and the president of Black Management Forum, Jimmy Manyi as well as the ANC Youth League.

Speaking to the Mail and Guardian, Hadebe said: “I have received an email regarding Botha’s confirmation of suspension. But I believe this is just a smokescreen. I still want to see the company’s transformation approach. The conversation I’m having with the company is about transformation as a whole.”

“If you have ever sat around a fire, cooking a potjie at Oppikoppie and thought that [youth league leader] Julius Malema was your worst nightmare, imagine a Malema with a degree, and you have just pissed him off. This is personal,” concluded Hadebe’s email to Jardine.