Bono says no support for ‘shoot the boer’ song 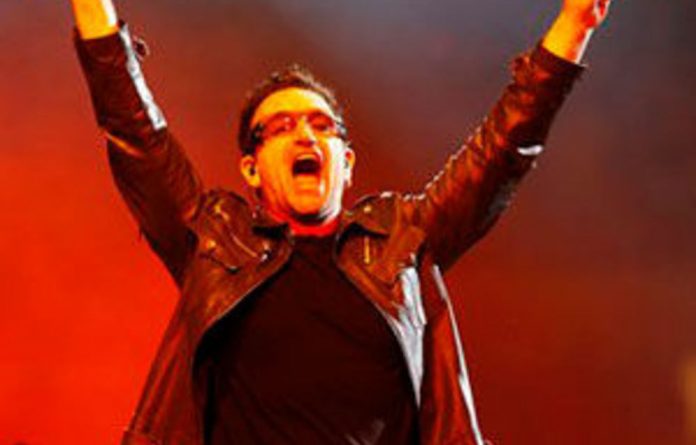 Irish rocker Bono on Wednesday said it was “barking mad” for people to think he supported a South African anti-apartheid struggle song that calls for white farmers to be shot.

The front man for U2, which is touring South Africa, sparked a furore after a Sunday newspaper reported him saying that struggle music, like the controversial “shoot the boer” song, had a place.

“It’s kind of a bit mad to be honest with you. We’re famous for songs of non-violence. That anyone should think we were pro-this, it’s barking barking mad and I think it’s been stirred up,” he told Talk Radio 702.

Bono said he was a bit puzzled by the furore over the report in the Sunday Times as he felt he had not been equivocal in his comments, having said it was “pretty dumb” to sing such songs in the wrong context.

The singer said he had been making a point that there were Irish songs on both sides of the country’s political troubles that were offensive to the other community.

“You can’t pretend they don’t exist, that they become folk music, but it is widely irresponsible and worse than that to use these songs to stir up more hate,” he said.

Hugely controversial
The song is hugely controversial in South Africa, where firebrand African National Congress Youth League leader Julius Malema is locked in a legal battle with a white lobby group over whether the song should be banned as hate speech.

Bono told the newspaper he recalled singing rebel songs sung by his uncles about the early days of the Irish Republican Army, and sang lyrics speaking of carrying guns and readying them for action.

“We sang this and it’s fair to say it’s folk music … as this was the struggle of some people that sang it over some time,” he said.

But the rocker went on to say such songs shouldn’t be sung in the wrong context.

“Would you want to sing that in a certain community? It’s pretty dumb.”

“It’s about where and when you sing those songs. There’s a rule for that kind of music.”

Bono, who has been nominated for the Nobel Peace Prize for his activism on behalf of developing countries, campaigned for fight the end to apartheid. — AFP