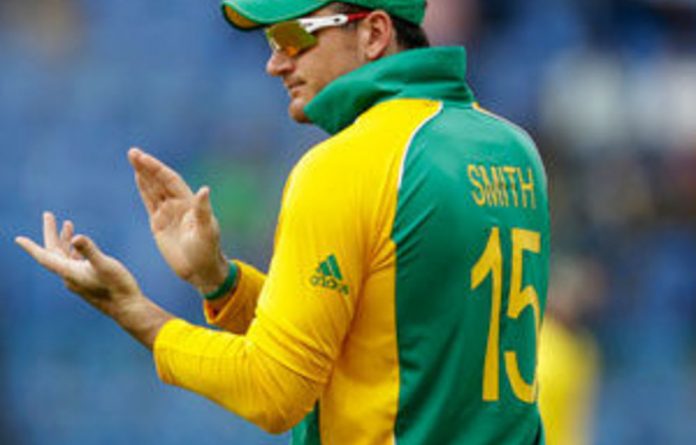 At a rare assembly of all 14 captains for a photo shoot and media conference in Dhaka on Thursday ahead of cricket’s showpiece event, the general refrain was that it was impossible to choose a winner.

“I believe every team taking part has a chance to win, it is all very open,” Smith said at the function that took place a few hours before the opening ceremony at the Bangabandhu National Stadium.

Added Dhoni: “All teams are in good touch. The gap between matches will help players recover from niggles, which are bound to happen. It means every team will be in good shape for their matches.

“A side that plays consistently well over the next six weeks will do well.”

‘The pinnacle of our sport’
Ricky Ponting, whose Australia won the last three World Cups, was the first off the blocks in making his opening remarks before the floor was thrown open to the media.

“On behalf of the 13 other captains, I welcome the cricket fraternity to the World Cup,” said Ponting. “It is the pinnacle of our sport and we will make sure it is a spectacle to remember.”

Dhoni, speaking on behalf of the three host nations — India, Bangladesh and Sri Lanka — said it was fitting the tournament was being held in South Asia, where cricket was a major sport.

“I welcome the other teams and hope they will enjoy our hospitality. The interest in cricket in this part of the world is unmatched. I am sure everyone will have a great time.”

England’s Andrew Strauss said his team’s narrow 16-run win over minnows Canada in a practice match on Wednesday, showed how close this tournament could be.

“The conditions here are a lot different from what we faced in Australia recently,” he said. “The key will be how quickly a side can adapt to the conditions.

“Our game against Canada showed there will be no easy fixtures at the World Cup, which will go to make a great tournament.”

Helpful
Sri Lanka’s Kumar Sangakkara said it was helpful to play in familiar conditions, but that did not guarantee a win.

“One has to do better than all teams to win the tournament,” he said. “It is great playing at home and front of our own crowds.

“The format is such that it you make the quarterfinals, you need to play great in two matches to reach a World Cup final.”

The 14 teams are divided into two groups for the preliminary league, with the top four in each group advancing to the knock-out rounds.

Bangladesh captain Shakib Al Hasan said there was no pressure on his team to beat India in Saturday’s opening match at the Sher-e-Bangla stadium on the outskirts of Dhaka.

“Fans do expect a lot but there is no pressure on us,” he said. “It’s not just about winning the first game, but doing well in all our matches.” — AFP