Breaking the code of modern disease 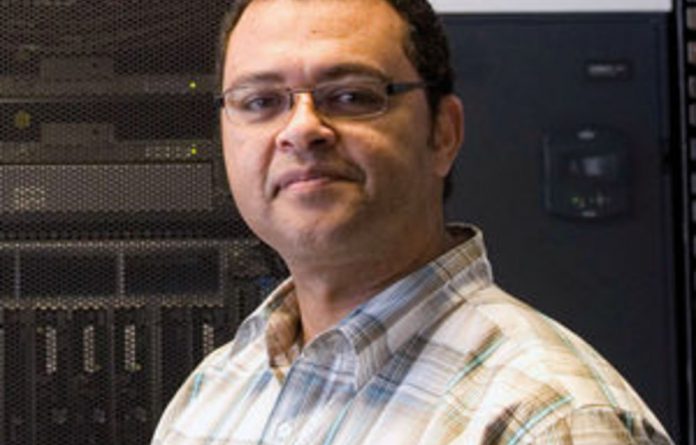 UWC is playing a growing role in global health research which relies on computational biology — a field which straddles both biology and computer science.

The Chair is funded by the Department of Science and Technology and the National Research Foundation (NRF). Housed in the newly completed Life Sciences building at the University of the Western Cape, SANBI has received global recognition for its study of gene expression and host pathogen diseases.

SANBI was founded in 1996 by Winston Hide, a South African computational biologist who returned from the USA. In 2000 SANBI submitted a successful proposal for Unit funding from the Medical Research Council and established Africa’s first UWC/SANBI Bioinformatics capacity development unit. The unit has since provided national and international training in a broad spectrum of bioinformatics of pathogens that are widespread in Africa.

Professor Alan Christoffels was the interim Director of the South African National Bioinformatics Institute prior to assuming the Research Chair in Bioinformatics and Human Health Genomics. A large part of Christoffels’ function within the unit is to ensure the future capacity of people who understand both biology and technology.

“It helps to think of what we do as working with jigsaw puzzles. We piece together the various parts of a disease to be further analysed and interrogated. We develop algorithms which predict what is happening to genomes and through this we can provide information which will lead to cures and treatments,” Christoffels explains.

SANBI has already enjoyed significant breakthroughs and in 2000, together with the US National Institute of Health, researchers discovered the first gene known to cause a type of blindness in humans called retinitis pigmentosa. SANBI has also substantially contributed to the analysis of the Glossina morsitans Genome — a vector of sleeping sickness.

Christoffels is currently deeply engaged in understanding how the majority of tsetse fly, carrying the parasite which causes sleeping sickness, are able to rid themselves of the parasite over time. By unravelling the genome of the tsetse fly, researchers will be able to understand the innate protection the insect seems to have developed against the parasite.

Collaborative research around the world has pieced together the genome and now a team at SANBI are using software they have developed to predict what is happening. SANBI has developed a number of software tools for genetic research including Promoter Prediction software, eVOC (expression vocabularies) and STACKPAC (a sequence tag alignment knowledge based package). These tools have been deployed in many international biotechnology companies and more than 400 research facilities worldwide.

The SANBI team is also involved in various HIV, TB and cancer studies which will shed light on how the diseases behave. SANBI works closely with the World Health Organisation and its work is receiving increased global recognition amongst both academia and the private sector.

In 2010, Christoffels was elected to the board of directors of the USA-based International Society for Computational Biology (ISCB). UWC is the only African university currently represented on this international body, making this an honour for both the University and Christoffels.

The role of the ISCB is to engage government and scientific policy makers to promote bioinformatics research internationally, to coordinate international conferences, and to facilitate scholarly collaboration and teaching exchange programmes between different geographical regions.

His nomination was based on his international scientific reputation as well as his extensive collaborations on the African continent. For the next three years he will serve on the ISCB education committee that facilitates and engages academics in training in bioinformatics.