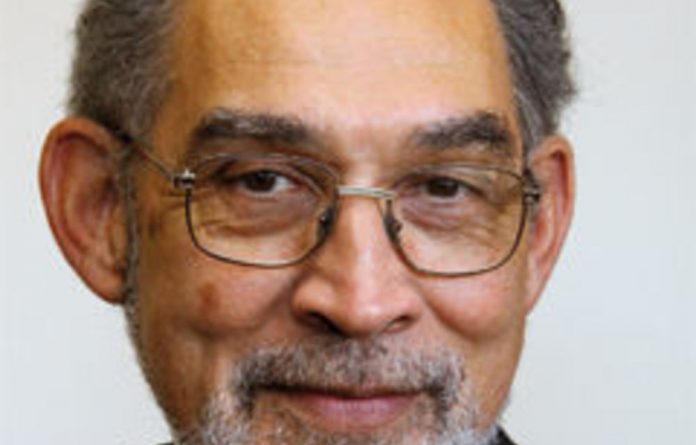 The University of the Western Cape (UWC) was established in 1960 by the then apartheid government as a higher education institution for the “Coloured” sector of the South African population.

It was classified as a historically disadvantaged institution post-1994 given the limited resources that the previous apartheid government had allocated to institutions catering for sections of the population that were not white.

Such institutions for the disenfranchised, oppressed people of our nation were not designed to engage in research and postgraduate studies, but merely to provide the lower levels of the South African labour force.

The Stakeholders of UWC refused to accept this designated role. Instead, against the apartheid government’s decree, in the 1980s UWC declared itself an institution whose doors were open to students of all race groups. Despite limited resources, it also declared its intention to engage in research and promote postgraduate education.

Since then the institution has taken significant strides in developing into a research-intensive university. Recent statistics released by the South African National Research Foundation (NRF) places the institution 6th in the country for the proportion of staff that has an NRF-rating for quality research output.

In recognition of the advances made in research in recent times, the University has been awarded three prestigious Department of Science and Technology (DST)/NRF Research Chairs in Bioinformatics, Poverty Alleviation and in Astrophysics and Astronomy.

A study conducted by International Webometrics in 2009 ranks the University 7th on the African continent. Of South Africa’s 23 tertiary institutions, a recent survey places UWC 5th in proportion of PhDs on the staff.

The University hosts a National Centre of Excellence, the DST/MinTek Nanotechnology Innovation Centre (NIC): Biolabels Unit as well as a Sensors Lab. The University is South Africa’s main centre for Free and Open Source Software (FOSS) with networks in 14 countries and with 17 Universities.

The International Centre for Indigenous Phototherapy Studies (TICIPS) is a major UWC-University of Missouri (USA) project on indigenous knowledge systems within the South African Herbal Science and Medicine Institute. The University has major research programmes in biotechnology and hydrogen fuel cells (instead of fossil fuel) as energy resource and hosts a DST National Centre of Competence in hydrogen fuel cell technology.

The Institute for Water Research, with a UNESCO Chair in Hydrogeology, is a major Advisor to the African Council of Ministers and trains water scientists in the SADC Region.Our recent outstanding achievements in these areas has resulted in Atlantic Philanthropies and the National Department of Education providing significant funding towards a R550 million state-of-the-art life sciences building which has been recently completed.

The University houses the largest and most comprehensive Dental Faculty in South Africa, which has been recognised as a World Health Organization (WHO) Collaborating Centre. The faculty is responsible for graduating 47% of South Africa’s new dentists. The School of Public Health has been rated as a leader on the African Continent and also recognized as a WHO Collaborating Centre. In 2009 the School relocated into its R60 million new building.

In establishing the Centre for Humanities Research (CHR), UWC has brought together a critical mass of outstanding academics with expertise across several disciplines. The CHR has rapidly grown into a centre of international standing. Cutting-edge research undertaken by the Institute for Poverty, Land and Agrarian Studies (PLAAS) and by our academics in the Community Law Centre in human rights law and children’s rights continue to impact on policy formulation and development at national and international levels.

The African Centre for Citizenship and Democracy has done sterling work towards the development of a more inclusive citizenship in the region and the African Continent. The UNESCO Centre of Excellence in Science and Mathematics Education in Africa, under the UNESCO Chair, has championed research capacity development in these areas.

As an engaged historically disadvantaged university, UWC is committed to supporting Africa’s development through research. It is now widely accepted that our natural and social worlds are changing dramatically and that access to new knowledge is crucial for human success. By driving towards excellence in a number of research areas across different disciplines, with relatively limited resources, UWC is rising to the challenge.

This report, in celebration of our 50th anniversary, provides an insight into the advancement of research at UWC. In so doing, we acknowledge our leading and emerging researchers and research entities, for their commitment to excellence and determination to succeed in the face of challenges unique to historically disadvantaged institutions in an uneven higher education playing field.

Walking through the campus of the University of the Western Cape (UWC) puts one in mind of many of South Africa’s leading universities. But the road UWC has travelled has been anything but normal and the fact that this university has achieved its current ranking and global status is testament to a particularly committed and extraordinary staff and leadership.

The university draws students from some of South Africa’s poorest and most disadvantaged areas — many hailing from the Cape Flats and the rural Eastern Cape.

When you have 95 percent of your enrolment coming from disadvantaged areas you must be confident that you can offer something completely different. We don’t have the luxury of change through evolution, we have to find a revolutionary way to make a difference.