Chuene vows to fight on, says ‘justice will be done’ 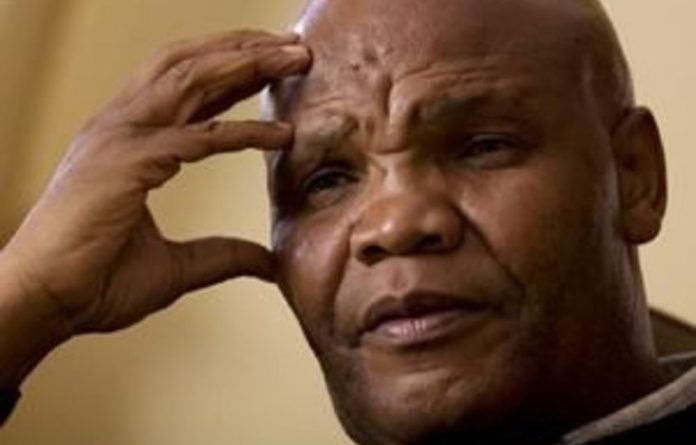 Suspended Athletics South Africa president Leonard Chuene says he will return to the courts to fight the findings of a disciplinary inquiry panel.

‘Despite these naked attempts by Sascoc/ASA to dismiss us, we have absolute confidence in our case and believe that we will be exonerated and justice will be done,” Chuene and his colleagues said in a joint statement released via their lawyers late on Thursday.

‘We are now lodging a review application to the high court, which will be heard in due course.”

Earlier on Thursday, the SA Sports Confederation and Olympic Committee (Sascoc) released the full report of the inquiry which found Chuene guilty on nine charges and claimed he had “broken every rule in the ASA book”.

‘We wish to record our disappointment at these findings,” the three said.

“These findings are the culmination of an unlawful process that was initiated by Sascoc when it suspended the directors and the board of ASA and appointed an interim administrator to administer its affairs.”

They repeated their view that Sascoc did not have authority to take the action it did against them, despite having an arbitration appeal dismissed by the courts in December last year.

They also had an interdict turned down by the South Gauteng High Court to prevent the disciplinary hearings from taking place.

‘Crusade’
They again repeated their concerns that a basis existed for suspecting bias on the part of Advocate Norman Arendse, the chairperson of the inquiry panel, and said he was on a ‘crusade to find us guilty’.

The three suspended figures had alleged he would act with bias, due to his association with ASA interim administrator Ray Mali who was president of Cricket South Africa when Arendse held the position of vice-president. They requested Arendse be replaced.

Arendse said he knew both Mali and Chuene, and while he admitted he knew Mali better, he said he had not been in contact with him regarding ASA matters. When Mali appeared at the hearings it was the first time he had seen him in two years.

Chuene and his colleagues said they stood by their decision not to attend the hearings when they understood that Arendse would not be replaced. Arendse said in the report he found their absence regrettable.

‘We are convinced that our non-attendance of the disciplinary hearing was justified and the nature of the hearings and the basis on which they are founded are an eloquent arbiter on the correctness of our position.”

The statement claimed that Chuene had been vindicated when athlete Caster Semenya was cleared by the International Association of Athletics Federations (IAAF) to run against women.

The inquiry found Chuene and Maponyane guilty of violating Semenya’s dignity by insisting she run at the World Athletics Championships in Berlin in 2009 in the midst of a gender controversy.

The report also confirmed that Chuene had changed his mind about withdrawing Semenya from the global championships, based on the advice of SA team doctor Harold Adams, after speaking to “high-powered” politicians in South Africa.

Adams told the inquiry that Chuene had told the IAAF medical panel, which also suggested she be withdrawn feigning an injury, they would face the wrath of the South African government if she did not run because it would not hesitate to take the IAAF to the highest court in the world.

‘Steadfast resolve’
“The whole world knows that Chuene was vindicated when the IAAF allowed Caster to run as a woman,” the three said in the statement.

“As a result of Chuene’s steadfast resolve to protect Caster in the face of gruelling and humiliating pressure visited upon a promising young female black athlete, Caster has now been given a proper platform to showcase and for the entire world to savour her talents.”

They said the inquiry panel’s findings were “interlarded with factual inaccuracies and specious legal reasoning”.

They denied that Chuene had not consulted with the ASA board and had taken decisions unilaterally.

They also said a payment of R90 000 to a former ASA staffer, Thabile Mokgoatjana, had been cleared by the board on the strength of the advice from their attorneys and general manager Molatelo Malehopo who was suspended with the ASA executive in November 2009.

The report found that the details of the payment, made to keep Mokgoatjana quiet regarding an intimate affair Chuene allegedly had with his personal assistant, Humile Bogatsu, had not been disclosed to the board.

Chuene, Maponyane and Dlamini, who were set to be sanctioned by the inquiry on Thursday, although details of the sanctions had yet to be released, said they would make a full statement on the findings at a later stage.

“As the findings are not the last word on this matter, we will provide an expansive response to the findings at the right time and in the appropriate forum.” – Sapa