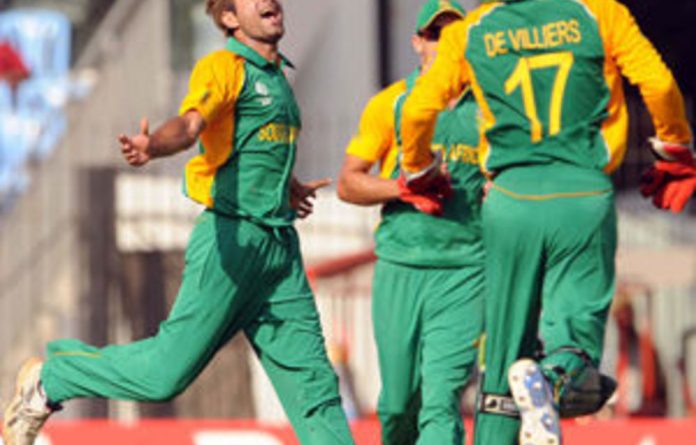 South African teams, clearly, have learned absolutely nothing from the failed World Cup campaigns of the past 16 years.

Time and again they have looked the most thoroughbred of all the horses on the starting line and have surged into a commanding lead at the start of the race only to stumble at the first prospect of the finishing line.

And they’re at it again now. Even the slightest hiccup against Zimbabwe in the first warm-up match would have helped, just a small sign that everything was not yet in perfect place — just a little cough or two from the engine.

But, no, everybody in view looked slick, well prepared, in form and confident. But it was only Zimbabwe.

Perhaps they could show the world against Australia that they were, as we have been saying for several months now, going to start from the middle of the pack this time.

Of course not. Not content with squeezing past Ricky Ponting’s men in a white-knuckled, every-run-counts drama, they thrashed them. Australia were barely in the contest. Dale Steyn and Morné Morkel were at their ruthless best and even the secret weapon, Imran Tahir, kept none of his powder dry and bamboozled the Aussies.
It has led to a flurry of reappraisals here in India and the consensus is that the Proteas are “looking ominous” and “must be considered among the favourites”. Again!

No, of course they couldn’t and shouldn’t have done anything differently. They even tried letting Australia back into the game by retiring Graeme Smith and Hashim Amla in the 60s and promoting Faf du Plessis up the order to number three but even then the Aussie bowlers couldn’t take a wicket between them.

Perhaps more significant than the power of the two on-field performances has been the demeanour of most of the players off it. It is one thing to reply to a greeting, quite another to offer one. It is one thing to tolerate the traditional offering of a garland of flowers and the symbolic thumb print of ochre powder on the forehead, quite another to embrace it on arrival at the team hotel.

Different aura
Grant Flower, a former Zimbabwe opener and current batting coach of the national team, noticed a different aura surrounding this team during and after the match in Chennai. “Most of the South African teams I played against came across as aloof and arrogant, completely superior. They were superior on the field, of course, but they didn’t need to behave like that before and after the match as well,” Flower said. “At least, we didn’t think they needed to.”

But this time, things looked and felt different. “Quite a few guys were friendly and approachable. It wasn’t like the teams from a few years ago,” Flower said.
There are many possible reasons for this. The first is that South African cricket has plenty to be humble about when it comes to World Cups. The second is that only four of this 15-man squad have ever been to one before and two of them are leading the way in terms of attitude and approach.

AB de Villiers is “himself” full-time, now that he isn’t concerned with what any of his peers think or say about geniality, and Robin Peterson is simply one of the most affable and down-to-earth cricketers in the tournament.

Jacques Kallis is playing in his fifth World Cup but his enthusiasm for the tournament is not what it once was — it is more, plenty more. “The first couple of times, you know, you’re excited but you don’t always know why or how to channel your enthusiasm,” Kallis said this week. “It’s the World Cup and you just want to throw yourself at it, but you can’t because there are four or five days between games so you have to know how to pace yourself.”

Apart from runs, wickets and catches, Kallis will need to play the role of “senior pro” in support of both Smith (the fourth member of the squad with World Cup experience) and all the first-timers.

“I’ll point them in the right direction if I can but I’m certainly not going to tell them what to do or not to enjoy themselves. Representing your country at the World Cup is an honour that so few cricketers ever get to experience, if you think about it, so they should celebrate that. We all should. It’s just a question of keeping all the distractions in proportion and getting it right on match day.” It is a balancing act few are better qualified to get right than Kallis.

With their top five batsmen all ranked in the world’s top 20 and their top three bowlers ranked among the top 10, South Africa really should start among the favourites. It is only history that counts against them. But with so little “history” in the squad, perhaps that isn’t going to be as much of a factor as people think.