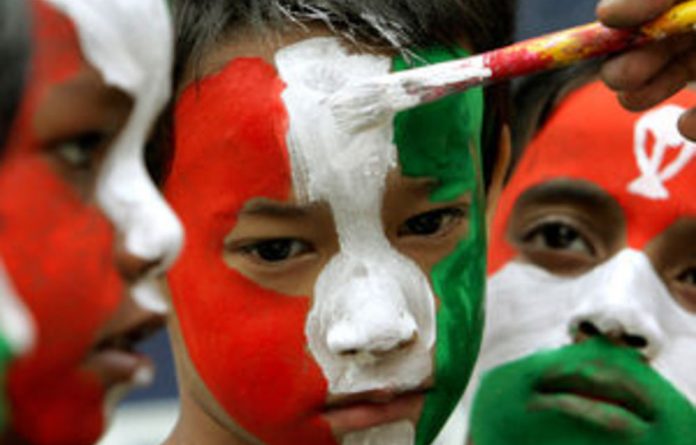 In the north wheat is a staple food, whereas the rest of its cuisine is usually spicy, with a strong emphasis on milk-based dishes.

In the south tamarind, coconut and yoghurt are the core components of the cuisine. In the north women prefer to wear the salwar kameez, essentially a traditional top and pants outfit, whereas in the south they are usually clad in saris.

“North and south India are like two different countries but, if there is one thing that unites India, it is cricket,” former Indian fast bowler, Javagal Srinath, who is now the secretary of the Karanataka State Cricket Association (KSCA), said.

He would know, having played 67 Tests and 229 ODIs for India at home and all around the world. Srinath is a born and bred south Indian boy, who grew up and learned his cricket in Bangalore. He has now taken up an official post at the KSCA, the board that played such an instrumental part in his career.

The KSCA is at the MA Chinna-swammy Stadium, the venue of South Africa’s seven-wicket thrashing of Australia in their second warm-up game on Tuesday. It is a magnificent sporting venue with its distinctive ornate paintings on the walls of the main entrance to the suites and grandstand. Images of all the local lads from Bangalore beam down on visitors — there is Venkatesh Prasad, the legendary Indian fast bowler, Anil Kumble, who also works at the KSCA, Rahul Dravid, whose nickname “The Wall” has earned him an entire wall of his own paintings, and Srinath himself.

The stadium’s bowels are as eye-catching as its shell and multicoloured seating all around the ground creates a vibrant atmosphere. Its capacity of 50 000 far exceeds that of the biggest cricket stadium in South Africa, although it still has a homely feel about it. Although it is inviting to look at, watching cricket in the Chinnaswammy is not a perfect experience for everyone. More than half the seats offer only partial views of the ground, which makes the stadium an unusual choice to host two of India’s matches in the group stage of the tournament. “We [the current board] only took over three months ago and we had to work at a rapid pace to get as much ready as possible. We could have done more but we only had a little time,” Srinath said.

Nonetheless the systems at the venue are as good as those that were in place in South Africa for the football World Cup and although the extent of the security measures can be tedious – one woman was not allowed to take her make-up kit inside — their thoroughness is admirable.

Welcoming city
South Africa will not play a match in Bangalore but they have chosen it as their base for their pre-tournament training, partly because the city itself is such a welcoming place. Bangalore could easily be transported to any country in the world and it would fit in with all the expected global village ways but still stand out in terms of the dash of culture it brings with it.

It is the IT hub of India, home to thousands of migrant professionals who charge about in the same way as those in New York and London do. It’s also brimming with temples and markets and is flooded with the best south Indian cuisine, among which dosas (fermented pancakes) are the tastiest.

Best of all, Bangalore has the most agreeable climate of all the major cities in India — moderate all year round — and so provides the ideal conditions for a team training for the Cricket World Cup. South Africa have opted to stay in south India for all their training, despite playing their first two matches, against the West Indies and the Netherlands, in the north Indian cities of Delhi and Chandigarh respectively.

The major difference they will encounter will be the weather, with the north still easing its way into spring and temperatures hovering in the lower 20s, whereas the south will have been flirting with the 30s.

What they will also experience is the feel and cultural differences of the two halves of India, which are stark. Although Bangalore could seem like home to the most wandering heart, Delhi has been described as a “place with no soul”. Bangalore, and even Chennai, where South Africa landed first on this tour, have character whereas Delhi and Chandigarh are more sterile.

It will give the South African team much to marvel at but, from a cricketing point of view, it will make little difference, according to Srinath. “The conditions are similar everywhere and the fans in each half are the same.”