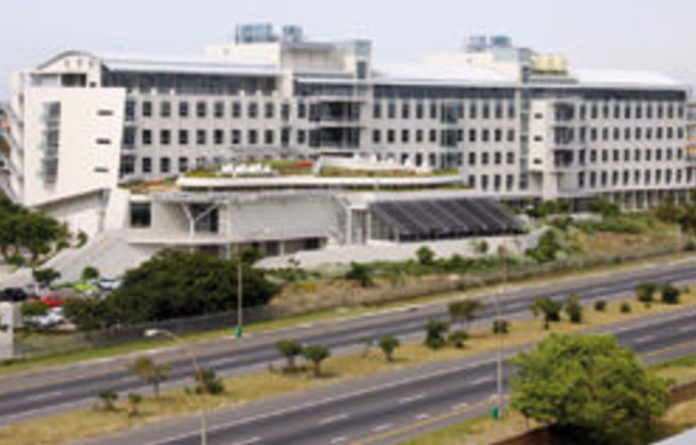 If Science in Africa is to have a flagship, a glass and concrete symbol of what it is and what it is capable of achieving, the University of the Western Cape’s new Life Sciences building would have few contenders.

Situated at the southern tip of the vast continent, the research activities which it houses spread their positive influence to the Sahara, and beyond. UWC’s Deputy vice Chancellor: Professor Ramesh Bharutram Academic explained, at the launch of the new building:

“The new Life Sciences building is a landmark facility at UWC. It signifies how one’s determination and commitment to take up the challenges, no matter how daunting, can open new doors and avenues to higher achievements — a historically disadvantaged institution, designed by the Apartheid regime not to engage in research and development, unveiling the most advanced facility for Life Sciences on the African continent.

The building has materialised from the vision and dream of our Rector, Professor Brian O’Connell, We envisage that this facility will attract to our campus leading scholars from the African continent and the world at large, engaging in cutting edge research in our laboratories — research which will help us realise another dream — ground-breaking research in the new Life Sciences Building producing another African Nobel Laureate”.

The Life Sciences building, which is the most state-of-the art building in terms of its functionality for scientific research on the continent, was largely born out of need. The sciences at UWC have, over the past decade or so, been developing at a rapid rate, engaging in research which was being internationally recognised and lauded.

But a lack of proper facilities was preventing them from fulfilling their potential. The university did not have the cash required, and government hadn’t spent anything on new infrastructure for higher education institutions for about 15 years.

As revamping can be even more costly than constructing a new building, a decision was taken to draw up a plan for what was needed, and the University began a vigorous fund-raising campaign which culminated in Atlantic Philanthropies and the National Department of Education providing a significant contribution to fund the construction of the R550 million state-of-the-art building.

Today, the Life Sciences building is an iconic structure, layered with laboratories where researchers work to find the solutions to the problems that, in some cases, challenge our very survival.