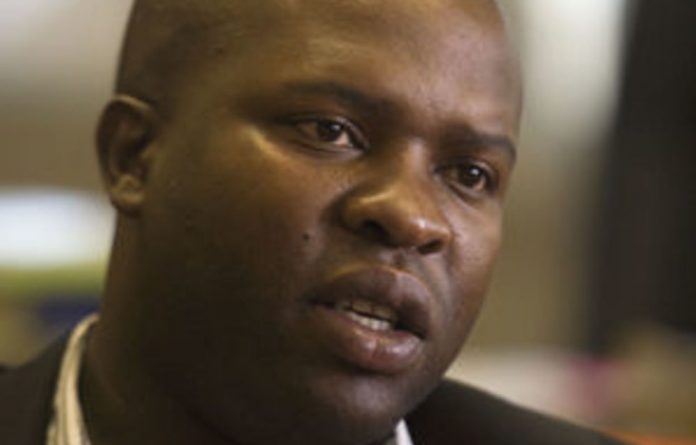 The hotly contested conference of the youth league, which takes place in June, is likely to have a great influence on the ANC’s 2012 conference, when major decisions on policy, particularly nationalisation of mines and leadership positions, are expected to be taken.

The ANCYL under Malema’s leadership has been pushing hard for the nationalisation of key sectors of the economy, arguing that this will go a long way towards addressing the high level of unemployment in the country.

However, Malema’s critics in the ANC, including NEC members Joel Netshitenzhe, Enoch Godongwana and Planning Commission Minister Trevor Manuel, have argued against it, saying it was likely to chase away investors.

Zuma is also believed to be uncomfortable with full-scale nationalisation. He reportedly prefers the establishment of a state mining company, which will compete with the privately owned mining companies. Six ANC leaders independently told the Mail & Guardian this week that they were aware about the behind-the-scenes lobbying by senior ANC members, including Zuma, to push Maile to challenge Malema.

Sources close to Maile this week confirmed that he has the support of Zuma and that a meeting of senior ANC leaders last year confirmed Maile as Zuma’s preferred candidate.

“It was there that they decided on the name of Maile to be put forward for the [youth league] conference. They even said they will give money for the campaign,” said the ANC source.

It is widely believed that the row between Mthethwa and his former deputy Fikile Mbalula was as a result of Mthethwa’s objection to Mbalula taking over as ANC secretary general.

The youth league wants Mbalula to replace Gwede Mantashe for the secretary general position in 2012, whereas Maile’s supporters prefer Mantashe to be re-elected to his current position.

But Mthethwa vehemently denied any involvement in youth league affairs. “I have served the ANCYL previously in various structures and I am currently not involved in any ANCYL activities,” said Mthethwa this week.

“My focus is on diligently serving the ANC and government. If my name gets dragged [into] any affairs of the ANCYL, negatively so, I’m prepared to take legal action against whomever tarnishes my name with such malicious statements.”

A senior ANC member who sits on the party’s national working committee said Zuma had not supported Malema as ANCYL president from the start. “It is an open secret that JZ never wanted Malema to be ANCYL president. Even during the youth league conference in Mangaung in 2008, he preferred former ANCYL national organiser Saki Mofokeng as youth league president,” the senior ANC member said.

According to the ANC source, when a delegation led by ANC chairperson in Limpopo Cassel Mathale approached Zuma in 2008 to inform him about the line-up for the ANCYL leadership, with Malema being touted as youth league president, he told them that his understanding was that Malema would stand as deputy president.

“He [Zuma] was shocked that Malema was being pushed as president. Unfortunately, the decision on who becomes the youth league president did not lie with him but with ordinary ANCYL members.”

Maile — more manageable
ANC insiders said Zuma believes Maile would be more manageable than Malema, and they believe Zuma is so worried about his own political career that he reprimanded ANC leaders during the party’s recent NEC meeting for back-stabbing him.

“He is aware that there are ANC leaders, especially in Gauteng, who are lobbying for Deputy President Kgalema Motlanthe or Human Settlement Minister Tokyo Sexwale to replace him as ANC president in 2012,” said the source. “He will do anything now to be seen supporting the Gauteng ANC leadership to win their support before 2012. “This explains why he even promoted Gauteng ANC chair Paul Mashatile to become minister of arts and culture.”

According to ANC insiders, if the ANC in Gauteng support Zuma for re-election in 2012, he is likely to support Mashatile to take over as ANC chairperson. But Maile denied senior ANC leaders approached him to challenge Malema. “We will not allow them [the ANC] to interfere. If we do that we will compromise the autonomous body that the youth league is.”

He did not rule out that the matter could have been discussed in some quarters without his knowledge. ANC spokesperson Ishmael Mnisi said Zuma did not endorse “any person or leader” to lead the youth league. “The ANC will work with any leader of the ANCYL who will be elected by the conference,” said Mnisi.

Mnisi denied Zuma delegated Mthethwa to convince Maile to contest the ANCYL presidency. He said Zuma’s position on the nationalisation of mines was no different from the resolution adopted by the ruling party at its NGC last year.

Malema said he was not aware of a Zuma-led campaign to get Maile to challenge him for the top seat. “I don’t see Zuma interfering. It would be unlike him. He [Zuma] always emphasises that youth issues belong to the youth league,” said Malema.

Three of top five officials unlikely to return
Three of the five top officials of the ANC Youth League’s national executive committee (NEC) are unlikely to come back to the ruling party’s youth wing. These include secretary general Vuyiswa Tulelo and her deputy, Steven Ngobeni, who is also the chief executive of the National Youth Development Agency (NYDA).

They have reached the age limit for the youth league’s membership. The future of the youth league’s current deputy president and NYDA chairperson, Andile Lungisa, hangs in the balance after he publicly announced he was not challenging Julius Malema for the position. Lungisa’s name was not featured on any of the lists of slates seen by the Mail & Guardian.

Lungisa was forced to apologise to delegates at the league’s national general council last year after he was accused of sowing division in the league. Others in the group that supports Gauteng ANCYL chairperson Lebo-gang Maile for the presidency have suggested that Lungisa should deputise Maile.

The Maile camp prefers Wandile Mkhize from KwaZulu-Natal to replace Tulelo and former ANCYL Limpopo chairperson Lehlogonolo Masoga as treasurer. But Masoga’s membership was terminated when he took the league to court last year.

Those who want Malema to retain his position have put forward the name of KwaZulu-Natal’s Sindiso Magaqa for the secretary position and Ronald Lamola from Mpumalanga as deputy president. Meanwhile, Kenetswe Mosenohi from the North West is touted for the deputy secretary position. Current treasurer Pule Mabe is favoured to retain his position. — Additional reporting by Mmanaledi Mataboge

No more evictions — for now