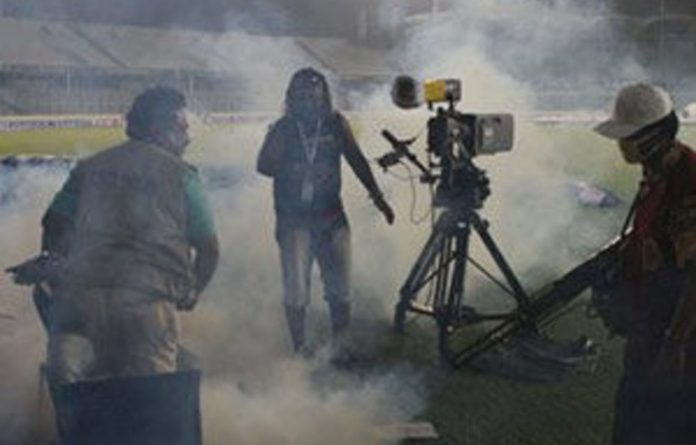 Bangladesh was expected to come to a standstill later on Saturday when the country hosts India in the opening match of the Cricket World Cup in Dhaka at 8.30am GMT.

The entire nation’s mood has turned festive since Thursday’s colourful opening ceremony in the capital and the party was continuing in full swing leading into the opening match at Dhaka’s Sher-e-Bangla National Stadium between the co-hosts.

Thousands of people gathered on the roads adjacent to the newly decorated and illuminated arena, taking advantage of the light traffic on Friday night.

The government has restricted traffic movement while games are on.

Many of the people carried big Bangladesh flags and the portraits of their national team’s cricketers.

They danced and sang songs, giving the area around the stadium a real carnival atmosphere, an unusual experience for a country in which many of its 160-million plus people still live in poverty although its economy has been rising since the 1990s.

“I came here to enjoy the beauty of the stadium,” Bipul Sarker, a bank official, told Reuters on Saturday.

“I stood two days in a queue for a ticket of the opening match but I could not manage that. So I thought this would be the best way for me to taste the World Cup.”

‘Full of life’
The excited throng moved to the main entrance of the stadium at about 11pm local time (5pm GMT), forcing the police to intervene and clear the area. There was no trouble, according to witnesses.

Still, many people waited in the surrounding roads until deep into the night, celebrating the occasion.

“I have been living in Dhaka for the last 22 years. I haven’t seen it so colourful, full of life,” said Saiful Islam, a garment merchandiser.

The local authorities have renovated the streets, painted the road sides and footpaths and residents have festooned their homes and neighbourhoods, giving the otherwise dusty city a new look.

The important thoroughfares have been specially illuminated at night and will continue to be lit up throughout the six-week tournament to add to the carnival atmosphere.

The festivities resumed on Saturday morning though the security forces did not allow anyone into the stadium area without a valid ticket or pass.

“It’s a very rare occasion for us and I don’t want to miss anything. This is why I came here so early,” said Nilima Roy, a university student.

Many volunteers, who arrived at the stadium in the early morning, were also relishing the special occasion.

“I was the only one selected among the 123 students of my university. I am really feeling lucky,” said Abdul Aziz, a volunteer.

“This is really a very special day for us. I don’t know if Bangladesh will ever host another World Cup opening match in my lifetime.” – Reuters