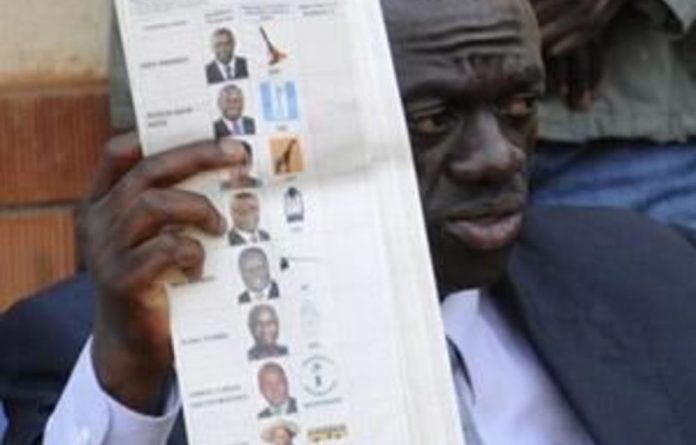 Ugandan President Yoweri Museveni, one of Africa’s longest serving leaders, won election to a fourth term in office by a huge margin on Sunday but the opposition rejected the outcome.

However, European Union (EU) election observers said that what they called an unnecessary military presence on voting day had created an uneasy, intimidating feeling.

“The electoral commission declares Yoweri Kaguta Museveni elected president of the republic of Uganda on the presidential elections held on the 18th day of February, 2011,” Badru Kiggundu, chairperson of the Electoral Commission of Uganda, said in a statement.

Kiggundu urged Ugandans to remain peaceful, for Museveni’s supporters to celebrate responsibly and for the opposition to accept defeat honorably and “remain within the legal provisions”.

Hours earlier, Besigye said huge sums had been used to buy votes and to bribe polling agents, candidates in the simultaneous parliamentary election, and electoral officials.

“An election conducted in this environment cannot reflect the will of the people. We therefore … reject the outcome of the election and reject the leadership of Mr Yoweri Museveni,” Besigye told a news conference.

A Reuters witness said there was a heightened security presence in the capital, Kampala. Soldiers and police patrolled on foot and in armoured personnel carriers, and riot police were ferried around in trucks and riot control vehicles.

Sporadic celebrations erupted in the city as scores of cars with speakers pumping out music and plastered with signs reading “Thank you. Pakalast” drove around the streets. “Pakalast”, Museveni’s campaign slogan, means “Until the end”.

No level paying field
“We have found the power of incumbency was exercised to such an extent as to compromise severely the level playing field between the competing candidates and political parties,” Edward Scicluna, head of the EU observer team, told reporters.

Besigye, who was competing against Museveni in a third consecutive election, said he would keep the country informed of his Inter-Party Cooperation coalition’s next steps.

He has repeatedly said that his supporters could take to the streets, and that Uganda is ripe for an Egypt-style revolt.

Many Ugandans complain their country is riddled with corruption and lacks investment in public services and infrastructure. Others respect Museveni for restoring stability and overseeing a period of sustained economic growth in a country previously plagued by despots such as Idi Amin.

“Museveni must have fixed the election because, if people vote for him, what are they celebrating? Poverty?” said engineer Michael Kelem.

Joseph Lake of the Economist Intelligence Unit said robust growth in east Africa’s third largest economy and a sharp slowdown in inflation in 2010 had improved the spending power of households ahead of the vote. “Museveni has retained his popularity, particularly in rural areas,” Lake said.

Both Museveni, in power since 1986, and his NRM party made huge gains in northern Uganda, the centre of a two-decade rebellion that has now fizzled out, as well as a traditional opposition stronghold, the election results indicated.

The region has benefited considerably from booming trading links with south Sudan, and political analysts said Besigye had taken its support for granted. – Reuters