Aussie pace too much for Zimbabwe 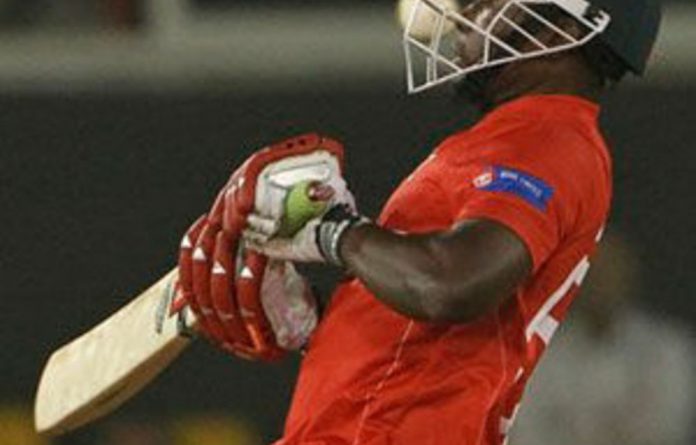 Champions Australia softened up a resolute Zimbabwe with fiery pace and bounce to kick-start their World Cup campaign with a resounding 91-run victory on Monday.

Australia’s speed merchants, Brett Lee, Shaun Tait and Mitchell Johnson (4-19), regularly hit the 145km/h mark to reduce Zimbabwe to 44-4 within 13 overs, from which the African nation never recovered, and they were all out for 171.

While Lee and Tait resorted to the short-pitch stuff, Johnson kept it full and fast to torment the Zimbabwean batsmen.

Off-spinner Jason Krejza also chipped in with two wickets after the pace battery had done its job with the new ball — giving Australia their 30th consecutive win in the 50-over tournament.

Zimbabwe only managed to delay the inevitable with a 44-run fifth-wicket partnership and an eighth-wicket stand of 49 runs as the result was well decided within the first 15 overs.

Australia were initially tied down by the Zimbabwe spinners before they managed to break free and post 262-6 after opting to bat first.

Tangled by a barrage of inspired spin bowling, Australia looked guarded in their approach at the start and needed some powerful hitting at the end in front of a quarter-full stadium in Ahmedabad on a surface that had no demons in it.

Lusty hitting
Lusty hitting by vice-captain Michael Clarke (58 not out off 55 balls), David Hussey and Steve Smith at the close of the innings ensured Australia went past the 250-run mark.

Zimbabwe started with paceman Chris Mpofu and experienced left-arm spinner Ray Price at the other end, and both bowlers managed to keep openers Shane Watson (79) and Brad Haddin in check as they managed a meagre 28 runs in the first 10 overs.

Haddin, on 16, was lucky to survive when the ball trickled on to the stumps after hitting his pad, but failed to dislodge the bails.

What was surprising was the approach from the openers, who never looked to attack the bowlers, barring the 14th over from Mpofu, which went for 17 runs and included four boundaries.

The sweep shot, a preferred choice of batsmen against slow bowling, was not employed much, as the Zimbabwe spinners went through their overs at breathtaking pace.

The Zimbabweans used the Decision Review System judiciously and were successful on both their referrals to get rid of Watson and Haddin leg before to their spinners.

Ponting and Watson managed to up the scoring rate with a 79-run partnership off 75 balls but Watson’s dismissal and subsequently Ponting’s run out hampered their tempo once again.

Captain Ponting was run out at the non-striking end by a brilliant direct throw from the mid-wicket boundary by the lanky Mpofu while attempting a second run. — Reuters