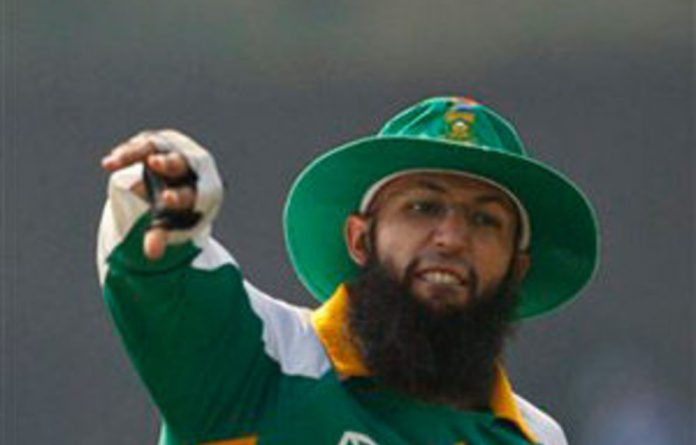 South Africa are determined to prove themselves on the big stage and shed the unwanted tag of chokers as they take on an unpredictable West Indies side in their World Cup opener on Thursday.

The South Africans have perplexed their fans, showing an ability to play top-notch cricket except when it matters most — leaving them still waiting for their first World Cup.

Graeme Smith’s men are set on rewriting the script this time around and believe that having 11 squad members playing their first World Cup, unscathed by previous disappointments, could count in their favour.

South Africa’s failure to qualify for the second round at home in 2003 cost Shaun Pollock the captaincy and his successor, Smith, led a largely lacklustre campaign in the West Indies in 2007.

Although South Africa reached the semifinals for the third time in the Caribbean,it was no surprise when they were beaten by a strong Australian team.

“We know that tag [as chokers] haunts us quite a bit but there are a lot of new faces in the team,” said the young JP Duminy.

“Hopefully that tag won’t bother us too much in going all the way in this tournament. It’s a young-looking side but it’s not necessarily a bad thing.

“We’ve been putting building blocks in place before the first game and we are looking forward to the challenge.”

South Africa’s chances in the tournament rest heavily on the form and fitness of world number one all-rounder Jacques Kallis, coming back after a rib injury.

Secret weapon
Kallis plays a key role with the bat at the crucial number three position and his shrewd medium-pace bowling could work wonders in sub-continental conditions.

The stocky right-hander did not bowl in South Africa’s two World Cup warm-up games, probably more as a precaution ahead of the real action, but was solid with the bat.

The Proteas also boast a surprise weapon in Pakistan-born leg-spinner Imran Tahir, who gave a good account of himself in the practice matches.

The West Indies will have their task cut out against an in-form team brimming with quality batsmen and bowlers.

With two of their first-choice players ruled out due to injuries, the Caribbean side will look to the experienced members of the squad to inspire them to an upset win.

If the attacking Chris Gayle can give the side a flying start, it will make the job of Shivnarine Chanderpaul and Ramnaresh Sarwan down the order a lot easier.

“The key is to get a good start,” said Gayle. “We are playing one of the favourites in South Africa and they are a top quality side in both batting and bowling.

“We have to be on top of our game and capitalise on opportunities. They are beatable.”

Gayle’s confidence likely stems from West Indies’ record against South Africa on the big stage. The West Indies shocked South Africa in the 1996 World Cup quarter-finals and have done so twice in the Champions Trophy.

The day-night match will be played at the Feroz Shah Kotla ground, hosting its first international after being banned in 2009 for producing a dangerous pitch during an India-Sri Lanka one-dayer. – AFP

Quinton de Kock’s cricketing brain has made him South Africa’s new ODI skipper. But if his batting genius is to win games on its own, first he must give up the keeper’s gloves.
Read more
Advertising