No turning back as Smith eyes SA triumph 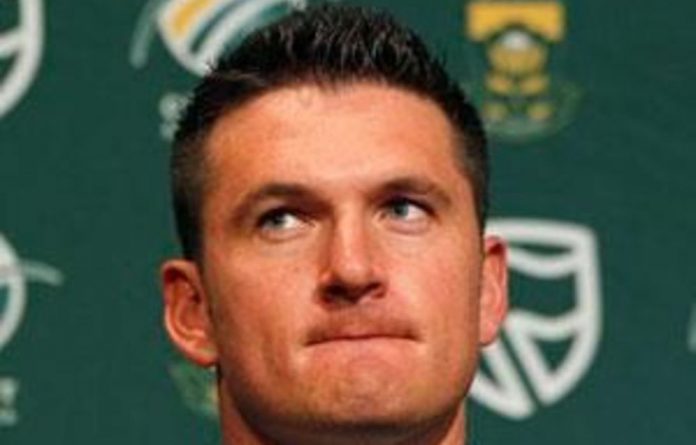 Graeme Smith is determined to end his reign as South Africa’s one-day captain in a blaze of glory by leading the Proteas to a first World Cup triumph.

Smith, who will carry on as Test skipper, insisted there was no question of going back on his decision to relinquish a job he’s held since succeeding Shaun Pollock after the ill-fated 2003 World Cup.

“It’s my opportunity to lead the team and leave it all out here,” said the 30-year-old, ahead of his team’s opening Group B clash against the West Indies on Thursday.

“To be honest with you, I am excited to be able to lead the guys. I have gained good experience through the other tournaments. In 2007 [when South Africa reached the semifinals], in particular, I gained a lot.

“I feel I am in the best place to lead the guys. I am really proud of the group that I have got around me. It will hopefully bode well for an exciting tournament.”

Favourites
They will be favourites to beat the West Indies in the Group B clash at the Feroz Shah Kotla ground, but Smith said on Wednesday that their opponents cannot be underestimated.

He is wary that a one-off performance, just like the scare that England suffered at the hands of Dutch century-maker Ryan ten Doeschate on Tuesday, could derail his plans for a winning start to the marathon campaign.

“We will go into the game expecting them to play well,” said Smith. “You have to, that’s sport. On any given day, people can perform well. It takes one good performance, like from Ten Doeschate, to put you in the game.

“You can’t afford to take people for granted. You need to make sure you prepare well for each game.”

The South African skipper said he was not too worried about how the pitch would behave even though it had been largely untested.

The Kotla ground was banished from the international schedule in 2009 after a one-dayer between India and Sri Lanka had to be abandoned due to a “dangerous” playing surface.

“I think we are all aware of what has happened in Delhi,” said Smith. “It’s been relaid, there’s been a few games played on it but it’s an unknown factor for all of us. But I think you can see they have made a really big effort out here.

“The field is looking good, you can see they have put a lot of work into the surface. You’ve got to commend them for that. Let’s hope it all works out tomorrow [Thursday].” — AFP