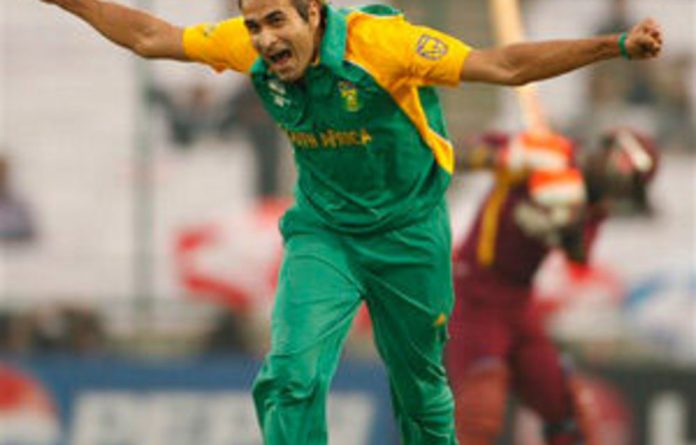 Several people were injured as police attempted to keep order among the throng at the M Chinnaswamy stadium which the Press Trust of India news agency said numbered at least 30 000.

All 7 000 tickets put on sale Thursday for Sunday’s match between India and England, switched at the last minute because of problems at Eden Gardens in Kolkata, were sold out within hours.

In another embarrassment for besieged organisers, a letter was leaked in which the International Cricket Council (ICC) told local organisers that commercial backers were at breaking point over delays in ticket provision.

It also warned of more violence if plans to sell the remaining 4 000 tickets for the April 2 final in Mumbai were sold over the counter.

On the pitch in Indian capital New Delhi, West Indies were all out for 222 in the 48th over against serial under-achievers South Africa, helped by a dazzling 73 by Darren Bravo on his World Cup debut.

Imran Tahir took four wickets for 41 with his leg-spin.

Amid mounting concern over ticketing, David Becker, head of legal at the ICC, sent a warning in a letter to its own president Sharad Pawar.

“With the significant demand and little availability … there is potential for chaos and physical injury when the box office sales open,” he wrote.

“For this reason we strongly recommend that this sale of tickets be cancelled.”

The Wankhede Stadium in Mumbai was chosen to host the final despite boasting only a capacity of 33 000.

About 20 000 tickets have been reserved for clubs linked to the Mumbai Cricket Association and 8 500 will go to the ICC.

The ICC also told Pawar, who is the head of the World Cup organising committee, that issues surrounding distribution of tickets “had now reached critical status and require your immediate intervention”.

It said Kyazoonga, the official ticketing company, had not been given printed tickets in time to deliver to customers.

It also complained that the website crashed when tickets for the final went on sale, and that the ICC’s commercial partners had received none of their promised tickets for venues including the Wankhede stadium.

Meanwhile, ahead of their clash with Ireland on Friday, Bangladesh skipper Shakib Al Hasan has warned the visitors they will struggle in Dhaka as the co-hosts face a key match.

“This is not to say we will take them lightly. Ireland have been playing good cricket. But in our conditions, which suit slow bowlers, we are a good bowling side,” Shakib said.

“They could not handle spin and we plan to attack them again with it,” said the captain, who leads the home team’s spin attack with fellow left-armer Abdur Razzak.

Bangladesh cannot afford another defeat, having lost their opening match against India by 87 runs, but they must avenge two successive losses to Ireland at major events to resurrect their campaign.

Ireland beat Bangladesh at the 2007 World Cup in the Caribbean and in the World Twenty20 in England in 2009 and Ireland captain William Porterfield warned his team should not be taken lightly.

“We know what to expect,” he said. “Spin will obviously play a part in this World Cup and more so in Bangladesh, whose game plan is all about spin.

“But we feel we are ready. It has been a very good preparation for the tournament where the focus was obviously on playing spin.” – AFP