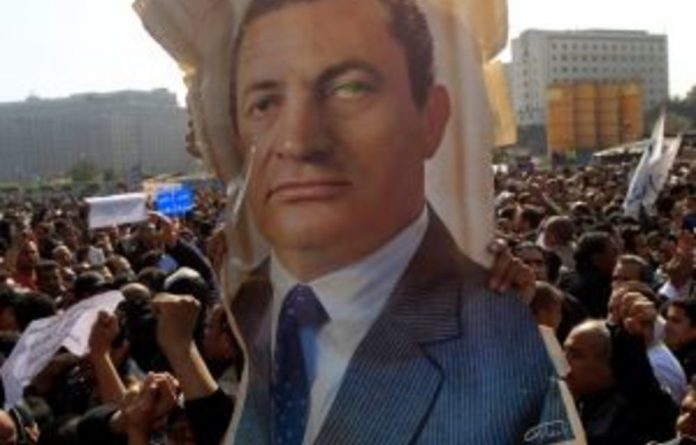 For the past few weeks the world has been gripped by news from North Africa. First Tunisia and then Egypt are in the throes of change brought on by people power, with social media sites such as Twitter and Facebook being exulted by the international media as the catalyst for these historic events.

Now that Hosni Mubarak has resigned and events in Egypt appear to be reaching an endgame, commentators are debating where, not if, this wave of mass action against entrenched and unrepresentative leaders will move next, with many believing sub-Saharan Africa to be fertile ground. As a politician from the Democratic Republic of Congo, where many question the legitimacy of President Joseph Kabila and discontent grows over corruption, it seems understandable that a “Facebook revolution” could take root in Africa.

Indeed, sub-Saharan Africa would appear to offer rich pickings for mass movements — there is no other region on Earth where so many leaders have outstayed their welcome and hold on to power through the most dubious of political mandates.

But look closer and the coalescing of factors that led first Tunisia and then Egypt to the brink do not appear to be so simple the further you travel south.

The most obvious factor halting the development of copycat revolts is lack of access to the internet. Outside leading sub-Saharan nations such as South Africa, Kenya and Ghana, access severely lags the rest of the world.

It is also debatable whether social media have really been such an important factor in causing the mass revolts we have been witnessing. Although the international press has vaunted its influence, no method of communication or information sharing can start a revolution unless the seeds of discontent are powerful enough in the first place. Far from creating such discontent, Twitter and Facebook are merely one form of communication through which people have been able to realise that their friends and neighbours have been thinking what they have been thinking, because they were too frightened to say so publicly.

In a recently published and very thoughtful article in the New York Times on the power of social media, American political scientist Andrew K Woods argues that in the United States South in the 1960s it was commonly believed that segregation was popular among whites, mainly because no one dared to express an alternative view publicly, with most believing their neighbours supported segregation even though they personally did not.

When a few brave individuals did speak out, it was the spark that ignited the civil rights movement — people realised their privately held views were shared by the majority and were not out of step with them. This political whirlwind changed the world long before the founders of Twitter and Facebook were even born.

So what method of communications might be the conduit for a rise in people power in Africa?
The most obvious must be the cellphone — there is no other form of communication that is as interactive and ubiquitous across the continent. Its importance as a way to share information in North Africa has been underplayed in the media’s coverage of events — the first communication networks closed by the governments in Tunisia and Egypt in an attempt to put down the revolts were the cellphone networks, not the internet.

But, despite the growing importance of the cellphone in Africa, access is still limited. In the Congo, for example, only 14% of the population are mobile users. As a way to foment change, Africans may have to seek platforms — and answers — elsewhere.

There are, however, changes across the rest of Africa that are clearly similar to Tunisia and Egypt. There is a population explosion across the continent and jobs and opportunities for increasingly youthful populations are not keeping pace with this growth. African leaders who continue to blame former colonial powers for their nations’ ills are dying out, with those in their populations who are prepared to believe they can “eat the flag” rather than regular meals. Tribal ties, the bedrock of African nationalist politics, also appear to be loosening — in South Africa not so long ago President Jacob Zuma was considered an unlikely contender for the ANC leadership and the presidency because of his Zulu heritage. But his ethnicity did not impede his rise to power.

So, although many African despots might believe they can sleep easily in their palatial presidential beds, untroubled by the Facebook revolution, they might consider this: successful revolutions have taken hold, not because of social media or cellphones, but because they have had strong and credible leaders around whom alternative voices could coalesce and because of demographic and economic factors beyond the control of presidents, however determined they are to cling to power.

From Nelson Mandela and FW de Klerk in South Africa to Martin Luther King and Malcolm X in the US, such leaders with their bravery and vision were the real catalysts for change for populations tired of the old ways and eager for new opportunities. Africa continues to grow such visionary opposition leaders as well as young, disenfranchised citizens desperate to hear them. So, perhaps, even without Twitter and Facebook, undemocratic African rulers might be advised to sleep with one eye open.
Medard Mulangala Lwakabwanga is an MP and the leader of the Union for a Republican Majority, one of the founding parties of L’Union Sacrée pour L’Alternance, a new nationwide political movement in the Democratic Republic of Congo. He is secretary of Parliament’s committee on economics and finance and was the director of Citigroup in the Congo. He also served in several ministerial positions in the transitional government of 1990-1992.