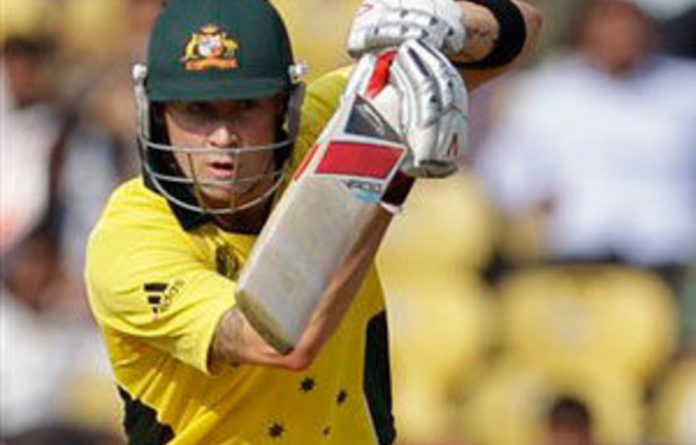 Ruthless Australia compounded the miseries of rivals New Zealand by notching up a seven-wicket victory in their World Cup match on Friday.

Chasing an easy target of 207 runs for victory, Australia openers Shane Watson (62) and Brad Haddin (55) piled on 133 for the first wicket in just 18 overs as they punished the erratic bowling of New Zealand in the Group A encounter.

The start ensured that there were no hiccups, though both openers departed in the same over to paceman Hamish Bennett.

Captain Ricky Ponting (12) followed soon after, stumped brilliantly down the leg side by Brendon McCullum off Tim Southee.

The Kiwi bowlers did not help their cause by bowling 32 extras, which included 29 wides.

The match was played against a sombre backdrop following the devastating earthquake in Christchurch earlier this week.

Both teams observed a minute’s silence and wore black arm-bands, while the New Zealand flag flew at half mast in memory of the victims of the earthquake, which has claimed at least 113 lives with 228 people still missing.

Some of New Zealand players struggled to keep their emotions in check as they linked arms while their national anthem was being played before the start of the match.

After the solemn start, the Australian pace duo of Mitchell Johnson and Shaun Tait vindicated Ponting’s decision to field first by skittling New Zealand for a 206.

Overnight rain and a little cloud cover prompted Ponting to bowl first in the day match and some fiery fast bowling saw the Kiwis lose their first six wickets with just 73 runs on the board.

Johnson (four for 33) and Tait (three for 35) shared seven wickets among themselves, while Brett Lee and Shane Watson also chipped in with a wicket apiece.

Steve Smith was the only spinner to pick up a wicket. — Reuters