Fight is on to protect biodiverse wetland 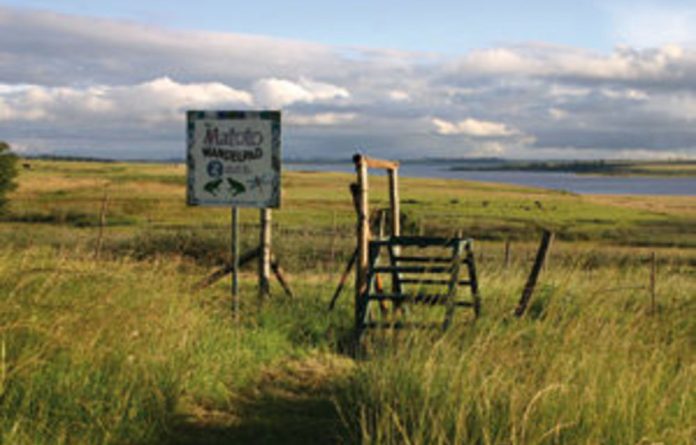 If you think Namaqualand has the best flowers in South Africa, you are forgetting Chrissiesmeer in Mpumalanga.

Every January the lake region turns into a sea of orchids, pineapple lilies and gladioli as far as the eye can see, rivalling anything Namaqualand has to offer.

“Chrissiesmeer has the largest number of pineapple lilies in a wetland I’ve ever seen — a couple of hundred plants in one concentrated patch,” says botanical horticulturist Judd Kirkel.

The area’s diversity is because of all the wet grasslands, according to botanical journalist Carol Knoll. “They keep finding orchid species they didn’t even know they had.”

Waterfowl flock there too — more than 20 000 of them, including 20 Red Data species — all three of the country’s crane species and between 200 and 400 flamingos.

The Chrissiesmeer pan system comprises more than 230 pans within a 20km radius. One of these pans, Tevrede se Pan, was the subject of an application for an opencast coal mine that was approved by the department of mineral resources.

After the Mpumalanga Lake District Protection Group (MLDPG) and the Federation for a Sustainable Environment appealed against the decision, mining was stopped pending the review of the environmental management plan for the proposed mine. If the revised version is approved, mining could pollute water in the npans and the catchment area of four important river systems — the Vaal, Komati, Usutu and uMpuluzi.

“Most of our coal is being exported, so we are destroying our water for other countries,” says Ursula Franke from the African Crane Conservation Programme at the Endangered Wildlife Trust. Koos Pretorius, a farmer from Belfast and secretary of the MLDPG, says Tevrede se Pan is also possibly the biggest peat pan in South Africa.

Black Gold Estates, the black economic empowerment arm of Eastside Colliery, was given permission to mine above the pan, he says. “It wants to mine on 70 hectares of largely disturbed land and we don’t have a problem with this on biodiversity grounds. However, we need a legally binding assurance that the mine will never pollute the pan.

“Black Gold has proposed to clean the water and use it for irrigation, which is fine. But it will have to do so in perpetuity. “A mine that has closed down will clearly have no long-term interest in cleaning water. Even if it were to bottle the water and try to sell it, eventually the costs of pumping and cleaning will outweigh any profits that can be made,” Pretorius says.

And that, in a nutshell, is the dilemma of mining. Is it worth permanently trashing a natural resource such as water for short-term gain?

The MLDPG applied for an urgent high court interdict against the mine in 2006. Three months later it asked the minister of mineral resources to supply the documentation upon which the right to mine was granted.

A protracted struggle ensued to acquire those papers and to this day the 20 documents have not materialised. “Either the documents were never completed or they were lost. This is clearly unacceptable,” says Pretorius.

“The department and Black Gold are using our experts to assess various environmental risks that should have been completed to inform the original approval. “If the mine can come up with mitigation plans that satisfy us, they can go ahead with the mining,” says Pretorius.

In the meantime, says Franke, NGOs are working towards having the whole Chrissiesmeer area proclaimed a Ramsar site. The Ramsar Convention is an intergovernmental treaty that provides the framework for the conservation and wise use of wetlands.

To qualify as a Ramsar site, an area must comply with only one of nine Ramsar criteria — Chrissiesmeer complies with five. “By the end of the year we should have submitted the documents,”

Franke says. “We have consent letters from two-thirds of landowners in the area and need to get all 70 landowners on board. This is the first Ramsar wetland involving the cooperation of so many landowners.” Her organisation has joined forces with the provincial authority, the Mpumalanga Tourism and Parks Agency, to encourage landowners in Chrissiesmeer to participate in a biodiversity stewardship programme.

Biodiversity stewardship promotes the management of natural resources through voluntary agreements with landowners. There are four categories of stewardship, which afford decreasing levels of protection for areas of important biodiversity.

The top level sees the land declared a nature reserve; at the second level it is declared a protected environment, although landowners can continue using the land for appropriate uses. Through these two top levels, the land obtains legal protection under the National Environmental Management Protected Areas Act.

“The aim for the Chrissiesmeer Lake District is to gain the second-highest level, so that local farmers can continue to farm but also commit to protecting their land through legally binding agreements with government.

“If these objectives can be achieved, no mining will be allowed in the area except under restricted circumstances,” says Franke.

Michelle Nel
Michelle Nel has worked as a freelance environmental journalist, photographer and editor for more than 20 years. She is a member of Al Gore’s Climate Leadership Corps and was the first freelancer to win the SAB Environmentalist Journalist of the Year Award for print. She serves on the Linbro Park Environmental Monitoring Committee in Gauteng, which aims to turn a closed landfill site into a recycling and recreational area. She has helped numerous organisations with their communications strategies on issues ranging from people and parks to wetlands.
Facebook
Twitter
WhatsApp
Linkedin
Email
Telegram

Tilting at smokestacks in south Durban

Ambassador for the planet

Negotiations for a new protocol to reduce carbon emissions have been slow but temperatures continue to rise.
Read more
Opinion

Nothing cute or kinky about sadism

Founder Robert Baden-Powell inspired the scouting movement with the injunction to "leave this place a little better than we found it".
Read more
Advertising