Publish or be damned 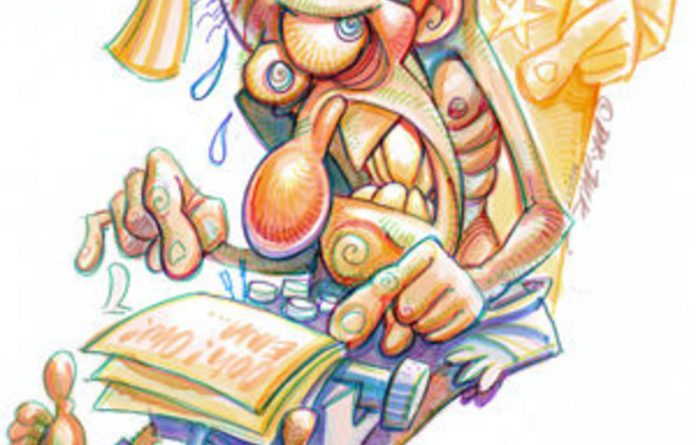 Ask almost any academic employee in South Africa what their greatest career fear is and the likely answer will be: “Not getting a journal article published this year.”

This research production, which earns universities money from the education department, is measured primarily by articles in accredited (in the so-called Sapse — South African Post-Secondary Education — list) journals, books, book chapters in scholarly publications and peer-reviewed published conference presentations. The managements of higher education institutions therefore conclude that boosting research “productivity” per employee is a quick way to increase income.

Employees who do not produce any articles get threatened with “performativity” interviews, loss of sabbaticals, no promotion and early retirement. They are regarded as unproductive and “dead wood”.
It is time for some counterarguments against practices that will in the long run harm the growth of knowledge. Let’s list some of the purposes of higher education:

There is a problematic tension between the teaching functions of the first two and the research/scholarship functions of the next two. Faced with huge first-year classes, and many “under-prepared” students, how can the harassed lecturer find time to do the research amid the script-marking and student interaction?

The problem is that the system defines research norms appropriate to the research function of a top university and stretches it across all disciplines and public tertiary institutions. The former technikons always valued a lecturer’s practical career in a technical field. Now these employees do PhDs rather than strengthen links in their field — links that in fact help to anchor their curriculum in the employability of their graduates.

Why can’t the higher education system acknowledge that some prefer a career in teaching rather than in research? By forcing all into a work metric more suitable for research scientists, some higher education institutions are in danger of demotivating their most experienced teachers.

The subsidy criterion of a journal article per employee annually favours natural sciences and engineering (NSE) and forces social sciences and humanities (SSH) into the NSE reward system.

Scientists approach knowledge convergently: they want to discover the truth and share it with their peers internationally so that experiments can be replicated. Scholars in SSH work divergently: they study in particular cultures, regions, languages and literatures and their peers are more specific and local.

This difference is easily measurable in the bibliometric counts that contribute to ranking. Bibliometrics counts the number of times an article is cited by other researchers. The Sapse journal list relies on the Thomson-Reuters Web of Science. The science disciplines predominate: 5 500 science journals, 1 800 in social science and 1 200 in arts.

Molecular biology has the largest number of journals at 261. Citation rates vary between disciplines, from an average rate of 14.6 per article publication in cell biology to 10 for art and architecture. This reinforces the impression that the bibliometrics of publication and citation counting suits the life sciences more than, say, design disciplines.

The Sapse additional list includes some 300 mostly local journals. A 2006 investigation by the Academy of Science of South Africa (Assaf) reported that 77% of Sapse social science articles and 90% of Sapse humanities articles are in the local Sapse journals rather than in international ones.

Assaf calculated that from 1981 to 2004 three disciplines produced more than 1 000 publications each: plant sciences (2 182), animal sciences (2 108) and environmental ecology. Some 16 000 South African researchers produced 7 000 papers — an average of 0.4 per person. These figures suggest that those in the NSE produce more than one paper annually and some in SSH do not see journal article writing as their main intellectual output.

Those alert to cultural hegemony might note that half the world’s research papers, as recorded in Web of Science, are produced by four countries: the United States, the United Kingdom, Germany and France.
‘Improving quality’
One way to achieve more “productivity in SSH would be to improve the quality and quantity of African-produced journals. The bottom-level entry for publishing one’s work is to attend conferences, present a talk to others in the field and then to try to get that written up as a paper, reviewed and published. This process depends on having enough researchers and scholars willing to organise conferences, review papers, edit papers and edit and publish journals — all locally. But the South African research subsidy system rewards the article writers, not the conference organisers, the reviewers or the journal editors. For the next generation of local scholars and researchers, this must change.

But if some SSH academics do not value journals as much as those in NSE, what are they publishing? Economists are involved in “grey” literature — that is, current economic reports, often for local or national governments. Dutch scholars of ­literature reckon that up to 43% of their writing is to enlighten lay readership.

Outputs are different in different disciplines. A historian might spend 10 years producing one book, whereas a social scientist might be able to recycle survey facts rapidly in several short publications and so play to the reward system. Types of output being disincentivised are textbooks, public reports, fiction, newspaper articles, how-to manuals, and magazines for teachers or other practitioners.

Those reared in NSE career paths do not have any problem with excluding these types of texts from the reward system. To them the dividing line between “academic” and “popular” is clear. But many in the SSH are naturally inclined to work up and down the continuum of texts for different purposes and readership. However, the South African system chooses not to reward those who publish for the public, thereby denying one of the functions of higher education — knowledge dissemination.

Here are two examples of worthwhile publications excluded from the current system’s priorities: