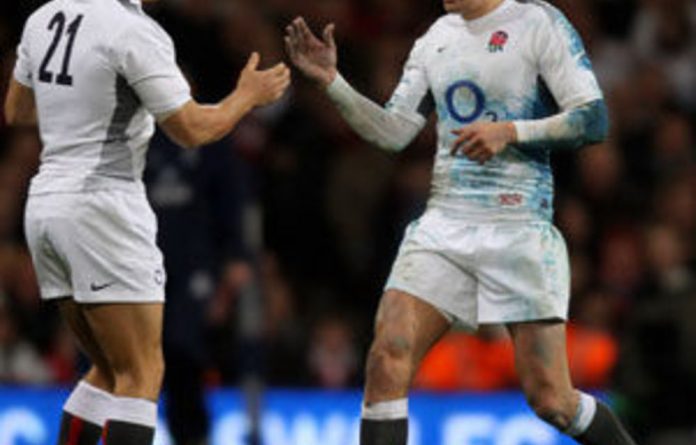 It is a while since Le Crunch had such a snap and crackle about it. France’s team selection for Saturday’s Six Nations trip to Twickenham suggests the visitors are cracking their knuckles in expectation of a huge forward collision while England’s attack coach, Brian Smith, predicts a “titanic battle”. With both teams still chasing a Grand Slam, all the ingredients for a tooth-and-nail scrap are in place.

Smith’s thoughts were particularly interesting as England fine-tuned their plans at dank, damp Bagshot. France, by naming Sebastien Chabal and Dimitri Yachvili in their starting XV, have picked players who know precisely how to tackle tight games in English conditions.

The return of Yannick Jauzion at centre and Maxime Médard’s switch to fullback, thigh injury permitting, also look horses-for-courses choices but Smith believes his side have a lot more to deliver and will take some beating. “I don’t think we’re anywhere near reaching our full potential as an attacking force,” said the former Australia and Ireland flyhalf, buoyed by the 10 tries England have scored in two games.

“We’ve still got lots of players under 25 with unbelievable energy and raw natural ability. We want to harness that [energy] and not squeeze the life out of it. We’re at maybe 60% of where we can be.

“By the time we hopefully reach the World Cup knockout stages I think we’ll be near our peak. We’re not as clinical as we need to be but we’re heading in the right direction.”

Part of that process, hinted Smith, could feature Jonny Wilkinson, displaced from the starting line-up by Toby Flood. The management believe both players are responding positively to the situation and recognise the psychological impact, not least against the French, of summoning Wilkinson as a second-half replacement.

“Floody has got the shirt but we still think Wilko’s got a lot to offer,” Smith said. “There is a Wilkinson effect, there is no doubt about that. The challenge for us as coaches is to make sure we play that card at the right time. We could see a situation where Jonny could come on at 10 and Floody could move out to 12. It would give you a left and right foot kicker … it’s something we’ve got up our sleeves if we need it.”

Content
For the moment, though, England are content to stick with their centre pairing of Mike Tindall and Shontayne Hape. “I know the formula isn’t everyone’s cup of tea but we’ve had success with it,” said Smith, indicating the likes of Matt Banahan would have to be patient.

Such consistency is an alien concept to Marc Lievremont, the French coach, who has now picked three different fullbacks in as many games. By preferring Chabal at No 8 and moving the outstanding Imanol Harinordoquy to the openside flank he clearly hopes to emulate South Africa, who bludgeoned England into submission in November.

His dismissal of England as an “insular country” is seen by the home management as calculated sabre-rattling. “I guess Marc got the ball rolling pretty early in the week,” Smith said. “It’s going to be a battle and he got the war cry out nice and early. I think that was a signal to his squad. It hasn’t gone unnoticed in our camp. We’re expecting it to be titanic and we know it’s going to be a big physical battle. Marc Lievremont has chosen a team he thinks can get the job done.”

As an Australian, Smith is also well placed to comment on alleged English insularity and does not agree with Lievremont’s analysis. “I’ve lived half my adult life here, I’ve been to university here, I’ve played rugby here and I’ve made my life here. I love it.”

The French coach brushed aside doubts about his decision to drop the talented Morgan Parra for Yachvili, a frequent thorn in English flesh. “I don’t have the feeling I’m taking risks. To bring Vincent Clerc, Yannick Jauzion and Dimitri Yachvili into a clash which promises to be hostile is rather reassuring. It would be a feat to go and win at Twickenham but I believe we have the means to do it.” —