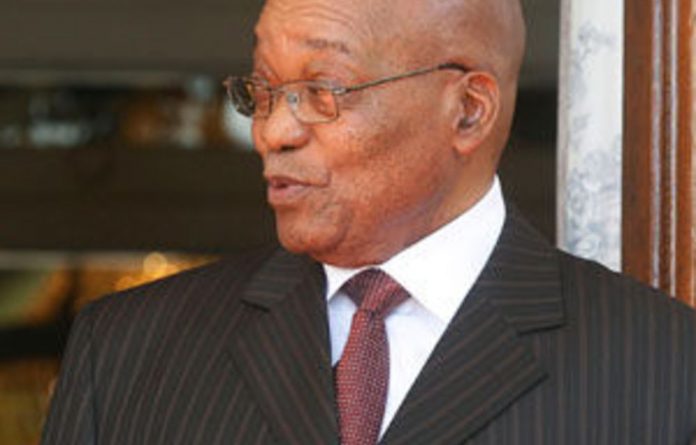 The Democratic Alliance (DA) will appeal a high court decision against its bid to compel the National Prosecuting Authority (NPA) to release documents on why it halted the prosecution of President Jacob Zuma.

Party MP James Selfe said he believed the judge in the case dismissed the application on “erroneous grounds”.

“We believe that this matter is of such fundamental constitutional importance that it requires the adjudication of the Supreme Court of Appeal and the Constitutional Court,” Selfe said.

The case, he said, had a link to the party’s appeal against a high court ruling against its application to set aside Zuma’s appointment of Menzi Simelane as national director of public prosecutions (NDPP).

“If you consider Simelane’s case and this case, the implication is that the president can appoint someone as the NPA head and as that decision is not reviewable, the person can take a decision not to continue with a prosecution.”

The DA had wanted to access the documents to support its application to have the decision not to prosecute Zuma set aside.

Direct interest
“The court found that the DA did not have legal standing [locus standi] in that it did not comply with the requirement in our law that to have standing in a matter one must have a direct interest therein,” said NPA spokesperson Mthunzi Mhaga.

“This judgement clearly illustrates our view that the matter should not have been dealt with before the courts in the first instance,” he said.

“Our strong view has been that South Africa does not, in principle, follow a system of compulsory prosecution.

“The NPA has a discretion whether or not to institute and conduct criminal proceedings or whether to discontinue them.”

Corruption charges against Zuma were dropped ahead of the 2009 general election. Then-acting director of public prosecutions Mokotedi Mpshe announced that the charges were dropped due to an abuse of process by former head of the Directorate of Special Operations, Leonard McCarthy.

To stave off a multi-generational malnutrition crisis, the food industry must work with government to provide highly nutritious foods at cost during the pandemic
Read more
Advertising
Continue to the category
National