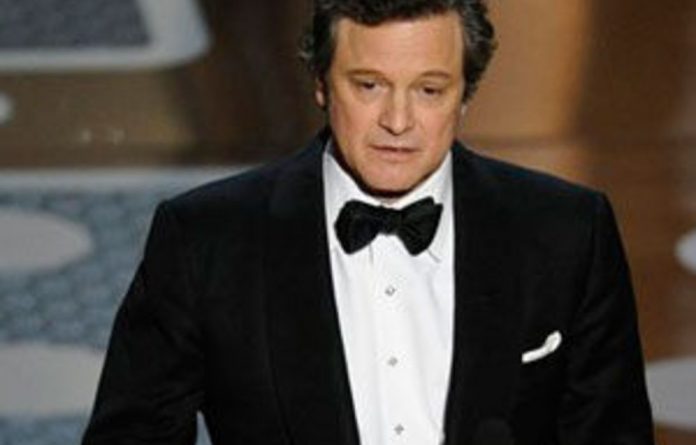 The King’s Speech was crowned the big winner with four Oscars on Sunday, including best film and best actor for its star, Colin Firth, on a night with few surprises among winners at the top movie awards.

Joining British actor Firth on the Oscars’ stage was the film’s director, Tom Hooper, and its screenwriter, David Seidler.

Natalie Portman claimed the best actress Academy Award for her portrayal of a young ballerina who grows into womanhood in Black Swan, and Melissa Leo and Christian Bale won best supporting actress and actor, respectively, for The Fighter.

The world’s top film honours from the Academy of Motion Picture Arts and Sciences came packed with a lot of comedy onstage from show hosts Anne Hathaway and James Franco but the attention, as always, was on awards and winners.

Portman wiped tears from her eyes onstage while cradling her gold statuette. She thanked her family, co-stars and director Darren Aronofsky.

“This is insane,” she said, “and I truly, sincerely wish the prize was to get to work with my fellow nominees.”

Backstage, she told reporters she felt she was in a dream.

Firth won best actor for playing stammering British King George VI in The King’s Speech, in which the monarch must overcome his speech impediment to lead his country.

“I have a feeling my career just peaked,” Firth joked.

When Hooper was named best director, he thanked his mom for being first to suggest he make The King’s Speech. “The moral of the story is, listen to your mother,” Hooper said.

Among other key winners were family comedy Toy Story 3 for best animated feature, Wall Street meltdown movie Inside Job for top documentary, and Denmark’s In a Better World took the prize for foreign language film.

A night for frontrunners
Awards were split among a wide array of films. Science-fiction thriller Inception claimed four Oscars in categories for cinematography, sound editing, sound mixing and visual effects.

Facebook film The Social Network claimed three awards for original score, film editing and adapted screenplay for its writer, Aaron Sorkin. But left off the list of winners was the movie’s director, David Fincher.

In fact, Fincher’s loss to Hooper was the only mild surprise among top awards as many pundits thought the Hollywood veteran would beat relative newcomer Hooper. But when the show ended, Fincher left empty-handed.

Franco and Hathaway, the first man and woman team to host the Oscars, got the show off to a comic start in a pre-taped sequence in which they entered the “dreams” of Alec Baldwin, much like the characters of Inception entered the dreams of other people. From there, the pair travelled back to scenes of other top movie nominees — True Grit, The Social Network, The Fighter and The King’s Speech.

Back on stage, Hathaway introduced her mom in the audience, who told her to stand up straight, and Franco’s grandmother exclaimed that she’d just met Marky Mark, the stage name of actor/producer Mark Wahlberg when he was a rapper.

In one off-the-cuff moment, winner Leo uttered an expletive on stage, the so-called “F-bomb”, which was bleeped out.

Many sequences harkened back to Hollywood’s history with film clips from Gone With the Wind, Titanic and other films, and at one point, Franco came onstage in a dress and blonde wig, looking like Marilyn Monroe.

“The weird part is, I just got a text message from Charlie Sheen,” Franco joked.

And top actresses dazzled on the red carpet with bright and colourful fashion choices, a turnaround from more muted styles of recent years that reflected the world’s economic woes.

“Oscar gowns have gone so far away from the classic gowns with those plunging necklines,” InStyle magazine’s fashion director Hal Rubenstein told Reuters. “This year so much is about cut and shape and really strong colour.” — Reuters

Bob Tourtellotte
Bob Tourtellotte works from Los Angeles. I have been Reuters chief movie writer for more than a decade and am currently the entertainment editor. Bob Tourtellotte has over 381 followers on Twitter.
Facebook
Twitter
WhatsApp
Linkedin