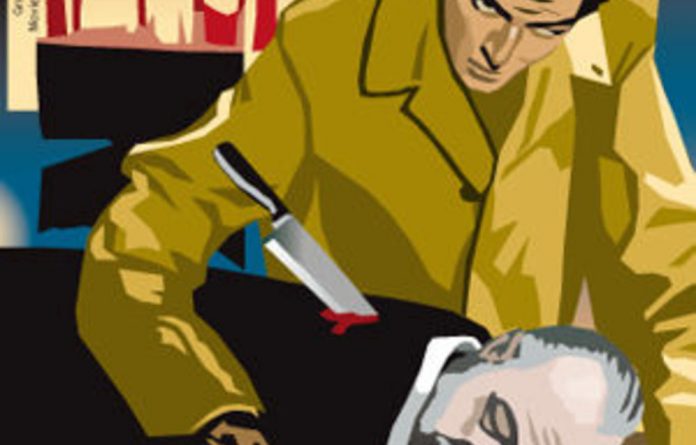 Novelists and reviewers can shape the industry by producing work for mass appeal as well as the serious-minded, argues Chris Thurman.

The story so far:
A few years ago the books editor of a major South African newspaper — let’s dub her MI — called for more honesty from book reviewers, even if this resulted in “knife jobs”. She suggested that local literary people were being far too nice to one another (which, let’s be honest, they were; the only spats seemed to stem from personality clashes and cases of plagiarism).

Conversations about the rights and wrongs of book reviewing then shifted from the printed page to the infinite ether, as contributors to websites such as BookSA and LitNet — one character, FS, prominent among them — tucked into the meaty topic. This shift of medium is significant, as a key plot device in our story is the introduction of a deus ex machina known as Web 2.0.

More recently, the olde newspaper became the centre of attention once more as MI (again) and a brave duo, DA and PZ (initials that should be familiar to readers of these pages), told South African authors and publishers they should expect less fêting, petting and mollycoddling because, for the most part, they spend too much time nattering online or ­promoting themselves and not enough time producing books of real substance.

Cue renewed discussion and protestation — most of it online. By the time you read this, a certain JR will have weighed in, provoking further responses.
Confused? Well, there’s good news and there’s bad news. The good news is you don’t have to trawl the internet (as I have) to try to catch up on the intricacies of a narrative and list of protagonists that make the most convoluted 19th-century novel seem straightforward. What it all boils down to is the question: how do we make South African books matter?

Then there are those, myself included, who optimistically hope that both of these ends can be achieved. This, after all, is what writers have been claiming in defence of their art for millennia now. The ancient Roman poet Horace wrote that literature could be both utile et dulce (useful and sweet, or pleasurable); 16 centuries later Philip Sidney went further and enjoined his fellow-writers to “teach and delight”. It’s a formulation that has been echoed innumerable times.

The debate
And that, I’m afraid, is the bad news: the brief history I sketched at the start of this article is really just the latest instalment in a much, much longer story. Suffice to say the debate has been going on for some time. It’s a debate that, if you’re involved in the “square dance” described by Jane Rosenthal (writing, publishing, reading and reviewing South African literature), is of vital importance. If you’re a dispassionate observer and couldn’t give a hoot whose names are represented by those initials I used earlier, the whole matter seems rather inconsequential.

In many ways the debate is about getting people to care about the debate. How do we get South Africans interested in books? By producing books of higher “quality” (a loaded term), or producing books that appeal to a wider market? This summary is inevitably an over-simplification — so let’s look at some of the terms of the debate more carefully.

Firstly, we can certainly affirm that the South African literary scene is better off now than it was for most of the past century. Yes, we have the awkward and ever-so-slightly incestuous phenomenon of writers who are also reviewers and publishing consultants and so on — this is common enough worldwide and always has been — but at least we’re not in the situation faced by people such as Guy Butler who, as late as the 1970s, had to write critical summaries of his own work when producing surveys of contemporary writers because hardly anybody else was doing so.

Second, although it’s important to try to take the temperature of local literature (to check on its health, as it were), the fact is that so much material has been produced in the past 10 years or so no individual could really claim to know “what’s out there”.

I agree with Darryl Accone that plenty of books have been published that shouldn’t have been — in fact, I’d go further than his proposition, “Too many books that could have been contenders” (criticising the editing process) and say instead that there are too many books that should never have even been considered as contenders (criticising the priorities publishers settle on in giving shape to their lists). But in among the chaff, the grains of wheat are plentiful; some of these I have been fortunate enough to read, most of them I’m sure I haven’t— yet.

So I’m reluctant to concur with Percy Zvomuya in generalising about the shortcomings of the generation(s) of writers following in the footsteps of Achebe, Coetzee et al. If Things Fall Apart and Dusklands came fresh off the presses today, I dare say it might be some time before anyone noticed them.

We tend to confer the title “great writer” on authors only once they are 10 books or three decades into their careers. Or when they’re dead — then they are posthumously venerated, partly out of a romantic celebration of the idea of the struggling but determined writer. Here, I think, Fiona Snyckers and others have been right to challenge the (internet-less) “writer in the garret” stereotype, even if there is a case to be made that writing must be a fundamentally solitary experience.

Cultural authorities
Third, we have the accusation that reviewers and the editors of books pages are setting themselves up as cultural authorities. Names such as FR Leavis are invoked with disdain, recalling those “men of letters” who assumed to tell others what was worth reading and what was not. This is a slightly unfair caricature; Leavis got lots wrong, but he was trying to justify literary study in the face of a positivist onslaught that privileged the pure and social sciences over the arts.

There is, it seems, a general dislike of those latter-day institutional men and women of letters: university-based academics. Literary scholarship is often denigrated for its obscure jargon and highfalutin style. But a scholarly approach to contemporary writing rarely entails passing judgment, labelling a book “good” or “bad”.

Rather, academics are interested in literary phenomena — for instance, the proliferation of so-called genre fiction, or the underlying causes of the creed that books should delight but not teach — and, when they pay close attention to a text, their question is not “Does this work?” but rather “How does this work?” Rosenthal has alluded to the problem of limited space for newspaper reviews; it’s worth noting that literary journal articles number in the thousands, not hundreds, of words. Online journals have potentially limitless space.

Finally, then, we have the issue of actual reviewing practices. Valuable reviews describe both a subjective and an “objective” reading experience; this results in some evaluation, but more important are contextualisation (what has gone into the text) and extrapolation (what it all means in the world beyond the text). A thumbs-up or thumbs-down approach, mere recommendation or condemnation, is inadequate.

Certainly, book reviews should be performances in themselves — but they must engage primarily and in good faith with the work(s) in question. We need to develop a discourse, an analytical vocabulary, to facilitate criticism that does not offend. South Africa’s reviewers must heed Maureen Isaacson’s call to undertake “knife jobs”, but these should be more like textual dissections or investigative surgeries than literary assassinations. No critic should be licensed to kill.

Chris Thurman teaches at Wits University. And yes, he is on Twitter (@ChrisThurmanZA).