Proteas vow no let-up against Dutch 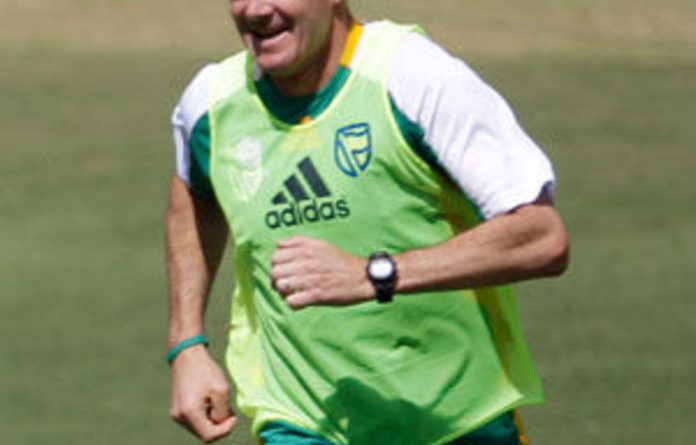 South Africa will not lower their guard against The Netherlands as they look to build on a good start to their World Cup bid, coach Corrie van Zyl said Wednesday.

The Proteas thumped the West Indies by seven wickets in their opening Group B match in New Delhi last week and want to keep up their momentum.

“We want to win the game and that’s very important for us. We want to see our combinations are right going forward,” said the South African coach.

“We need to field our strongest combination,” said Van Zyl, whose team have never won the World Cup.

The coach said South Africa had good bowling resources to draw on after their spin attack of Johan Botha, Imran Tahir and Robin Peterson kept the West Indies in check. Pace bowler Dale Steyn also chipped in with three wickets.

“I won’t say we have the most balanced attack. I think we have got a lot of options and that’s good to have,” said van Zyl. “I think it’s been a long time since the South African team has had these options available. So, ‘balance’ is not the right word, but ‘option’ is.”

Wicket to wicket
Van Zyl said his team had yet to decide on the bowling combination.

“Obviously, it [the bowling attack] will depend on the conditions. There is a bit of weather around,” he said. “We’ll make the final decision tomorrow [Thursday] as to whether we should go with a different attack to the previous game.”

He said The Netherlands, who opened their campaign by giving England a scare before being well beaten by the West Indies, had good players and could not be underestimated.

“The Netherlands are a team that bowls wicket to wicket. They have a good spinner in [Pieter] Seelaar. They have got some very good batters,” he said.

“Ryan ten Doeschate [who hit 119] has played a very good innings against England and is an experienced campaigner. So, they are a good all-round side.

“If we underestimate them we might run into trouble. But certainly we are not doing that. We are taking every precaution. We look at the Netherlands exactly the same way we look at other teams.”

There had been fitness concerns over Tahir, Steyn and batsman JP Duminy after the first match but the coach said: “Everybody is on the right track.”

‘Disappointing’
Meanwhile, Netherlands captain Peter Borren said it was important for the smaller, or associate, nations to play in the World Cup despite a poor showing so far, as it helped them improve.

The International Cricket Council has decided to cut the number of teams at the next World Cup to 10 from the current 14.

But Borren said: “So far some [smaller] teams have been disappointing in this World Cup, but we haven’t played full member [Test-playing] teams for a long time.