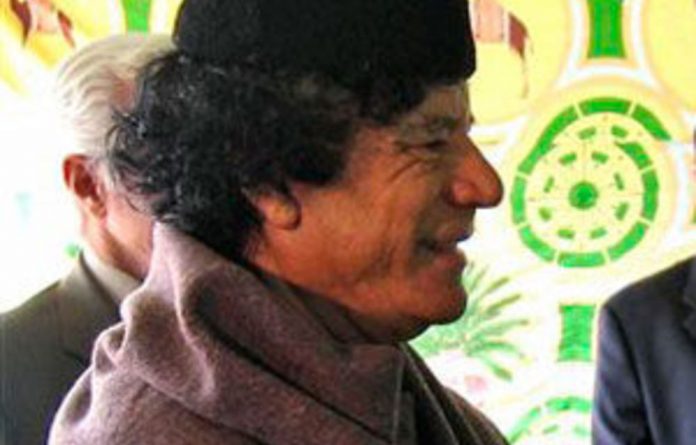 If Libya is the epicentre of the earthquake, seismic waves washed up last Saturday night at the United Nations’s (UN) headquarters along Manhattan’s East River as its highest decision-making body, the Security Council, took unanimous, unprecedented action against the regime of Moammar Gadaffi.

Three features mark the Security Council’s resolution on Libya as itself revolutionary. First, in addition to imposing an arms embargo on Libya and a travel ban and assets freeze on the family of Gadaffi and certain government officials, the resolution refers the situation in Libya to the International Criminal Court (ICC). It is only the second time that such referral has been made, and in the earlier case of Darfur the referral was not swift and decisive but followed several years of conflict and a Security Council-mandated commission of inquiry.

The referral is historic not for being the second but because many informed commentators predicted that the Security Council would never again employ its powers of ICC referral. Such has been the international antagonism provoked by the indictment of Sudan President Omar al-Bashir following the Darfur referral — inspiring accusations that the court evidences an imperialist anti-African bias — that many had thought any future referral, certainly another African country referral, too divisive to risk.

Irony
There is some irony in the fact that Gadaffi has been among al-Bashir’s chief defenders: as chair of the African Union (AU) in 2009, Gadaffi released a statement, without consultation, threatening mass African state withdrawal from the ICC. It may have been his best hope. Given the overwhelming, countrywide opposition to Gadaffi, there can be no plausible telling, unlike al-Bashir, that he commands significant support, is needed at the table deliberating Libya’s future and that to prosecute him is to sacrifice peace at the altar of justice. If indicted, Gadaffi is the highest-ranking leader most likely to be surrendered to the ICC.

The referral confirms the ICC as a critical international institution in addressing threats to international peace and security, despite recent controversy.

South Africa, having recently taken up its second seat on the Security Council, voted to back the measures — as did every one of the other 14 members of the council. South Africa merits nothing but agreement when it insists that the council send a “clear and unambiguous message to Libya to stop the indiscriminate use of force”.

Still, it will have to think hard in explaining with coherent principle why Libya demands decisive action but why it is backing calls for deferral of investigations and prosecutions by the ICC in Kenya and Sudan — suggesting indiscriminate force there warrants less clear, unambiguous condemnation.

South Africa is not the only country that will struggle to reconcile seemingly contradictory positions vis-à-vis the Libya resolution. It is the unanimity of the Security Council’s decision, despite postures that would indicate difficulty in reaching consensus, that is the second feature marking the resolution as remarkable. Among the Security Council’s members are some of the most powerful states that refuse to be party to the ICC: the United States, China, Russia and India.

In the 2005 vote for the previous referral of Darfur, several of these states voted to abstain rather than vote in favour of ICC involvement. That they now all vote in favour arguably underlines a fairly selective approach: international justice for some; just not for us.

New power alignments
Many will see in this a restatement simply of the old inequality and hypocrisy that has long pervaded the international order. But the current composition of the Security Council is significant for reflecting as never before new power alignments on the international stage. If the old powers remain, all the Brics, for instance, are also represented. Yet despite a structure now more reflective of a multi-polar world, unanimity was still achieved.

And here is the third feature that makes this resolution notable: as emerging powers increase in number, changing the character of the international order, there is debate as to whether there will be a corresponding normative shift. For some time a new model of global governance has looked as if it might replace traditional state sovereignty, which insists that states have the last, absolute word on what happens within their borders and that states alone matter in international affairs. Yet smaller, emerging powers still threatened by the superior wealth and military force of developed powers have sometimes advocated for a return to traditional sovereignty, believing it provides them greater protection.

The resolution on Libya, prompted by indiscriminate force against Libya’s own civilian population that will almost certainly be viewed as support for national democratising forces and which refers the situation to the ICC, an independent body beholden to no state, at least suggests that a new emerging power order may cement a new value system too.

Nicole Fritz is the director of the Southern Africa Litigation Centre.