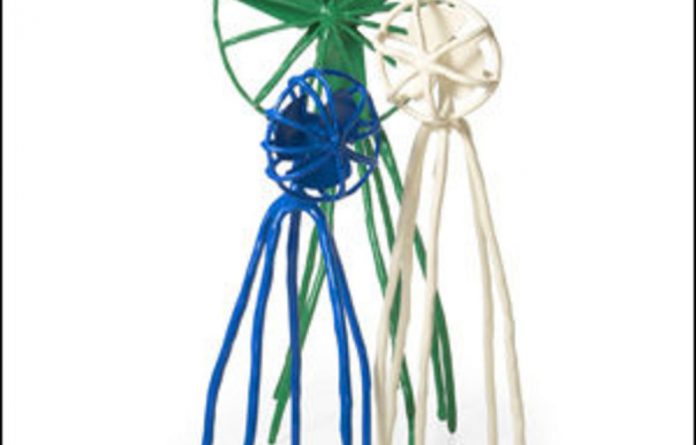 The Mail & Guardian’s online coverage of the Design Indaba included an effusive sentence by a reporter seduced by the heady three-day rush of creativity: ‘I’d like to suggest to founder Ravi Naidoo that it might be time for a name change from Design Indaba to (and I’m still working on this) — Most Awesome Assembly of Creatives in One Place Like, Anywhere, Ever Indaba.”

When you step back from the immersive experience, however, you can think a little more clearly, a tad more subjectively. And I have to say, it makes little difference. The Design Indaba is a fantastic event for the majority of delegates, a place where you’re continually awed, piqued and, yes, inspired by what the creative mind is capable of.

This is not to say that the speakers were uniformly excellent. Just mostly excellent. And, as one tweeter suggested during a talk by Oded Ezer, the crazy Israeli typography shaman and the inventor of biotypography and typosperma (yep, sperm font — you’ll want to Google that one), ‘you have to be a bit of a nut to be awesome”.

Highlights
A list of highlights wouldn’t really do justice to the event. For that, I recommend the M&G’s special report on www.mg.co.za/designindaba. What is illuminating is a look at the different ways audience members responded to some key addresses and at how those speakers become characters in setting the narrative agendas that delegates used to make sense of the Design Indaba in its totality.

The message most people took was that design must serve humanity and that creativity shouldn’t exist in the vacuum created when you put your head up your own arse in an attempt to pat yourself on the back.

Because, as much as beautiful design is important, several people appeared to have forgotten that design also has to be useful. So some of the creative people I spoke to seemed to have forgotten that their job is, essentially, to sell stuff and that design might have the potential to change the world, but that it mostly has the potential to sell itself.

Rank commercialism
Who would have thought, for example, that David Butler’s presentation would be so negatively received? The Coca-Cola vice-president of design gave an unvarnished talk on how design increases Coke’s sales, replete with facts and figures. (The Coca-Cola company has 500 brands, 3 000 products and 700 000 employees, selling in 20-million outlets, serving 1.7-billion people every day. Phew.) The general consensus (with ‘general” being a random sample of people you meet at lunchtime) seemed to be one of disappointment at the rank commercialism of his presentation. People also seemed vaguely offended that someone could reduce the myth of originality in design to ‘modular design systems”, which is apparently what all design at Coke is based on.

I found his talk fascinating, especially when read against Mark Shuttle­worth’s presentation on the usability design principles of the Ubuntu operating system. One of Shuttleworth’s mantras was that business people and designers need to learn to know each other and this chimed with Butler’s contention that ‘the problem business people often have with design is that they don’t understand how the designers work, and vice versa”.

But Butler’s talk was also intriguing in that it revealed a fault line in what people expect from the Design Indaba. Many people (and again I can only deduce from the cross-section I spoke to and the Twitter stream) seemed to revel in the presentation of mere beautiful design, accompanied by a potted account of the process by which the designer/creative person in question got to the finished product. Others, like myself, were left a little dissatisfied by the lack of genuine theoretical analysis in many of the talks.

It was noticeable how many speakers, like Durban’s Richard Hart for example, started off with a cosmological myth, as if understanding their childhood would help you to understand their designs. Although Hart’s description of being shown a box of human ears by strange military visitors as a child did, in some weird way, illuminate the processes behind his work.

An alternative device, as expressed in the presentation by Robert Wong, creative director of Google’s Creative Lab, was to weave current autobio-graphy with giant corporate aims in a successful attempt to humanise the Borg that is Google.

Wong’s talk was a riotous success, with apparently few people realising that, unless managed properly, Google is an incipient threat to the advertising industry that much of the audience relies on for their livelihood. And when you watch someone like Wong proselytising with such faith in Google, you can’t help but be energised. And faith is the right word. As usual in a talk by Google there was much reference to ‘the founders” and to their One Commandment, written on the server farms of Mount Silicon, ‘You can make money without doing evil”. It’s all a little Scientology 2.0 for me, but the audience lapped it up, especially the endearing references to Wong’s wife.

Varied and immense value
The hugely likeable, energetic Maarten Baas was the absolute highlight of the conference, although not for everyone. One delegate tweeted something to the effect, ‘Why do we have this buffoon right after a design luminary like Alberto Alessi?” Alessi, as a brand, is the king of smooth design. Baas is the creator of the Smoke series, in which he charred furniture and then treated the scorched pieces with a coating that rendered them usable.

It’s a telling difference and probably a good way to understand the varied and immense value that delegates could take away from the Design Indaba. On the one hand, design as beauty and a force for good, whether that be commercial or philanthropic good. On the other, a disruptive, politicised engine of change that can be inserted into the world and then left to find its own path.