Not drowning, but quaking 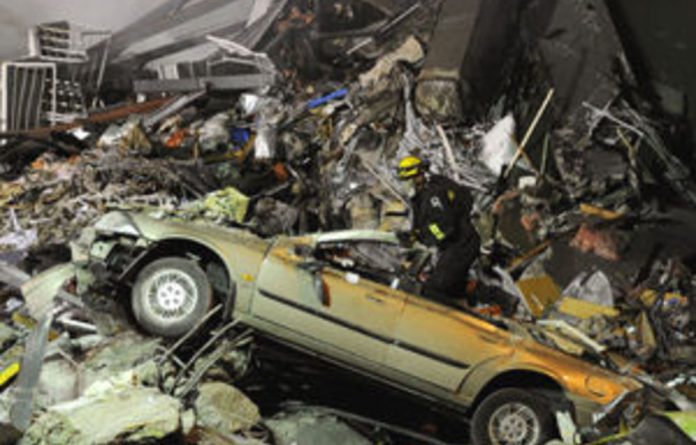 In recent weeks visitors to Christchurch described the mood since the earthquake of September 4 as optimistic, energised, determined to rebuild. We were used to hearing about aftershocks, Cantabrians were used to toughing them out.

And then this, shattering the fantasy that surviving one tragedy somehow exempts you from another. It feels like much longer than a few days. There is, in general, what a friend calls a belief shortfall.

For those of us not in Christchurch, not experiencing aftershocks day and night, not bereaved or homeless or without electricity and water, there’s the weirdness of the mornings, waking to realise its still happened. Every conversation begins or ends with the earthquake, an inquiry after families and friends. The other business of life shrinks in scale. The earth looks different: not benign.

Everyone knows someone there. The first thing you do is check on them. Twitter hums with names: has anyone heard from…? Yes, they’re alive. Even better: “Here I am.” There are so many survivors, as some point out, and we should be grateful for that.

But God, there are so many dead. This is a small country. Our major disasters are encoded in the national memory. The Napier earthquake of 1931, the Tangiwai railway disaster in 1953, the 1968 Wahine shipwreck, the 1979 Mount Erebus air crash: people still tell these stories and the names hold a stony, grave power. After Erebus it was said that every New Zealander knew someone who knew someone who was on that plane. Now, as then, we wait for names to be released.

When the Pike River Mine exploded last year, killing 29, some media were accused of exploiting people’s grief. Maybe that’s not remarkable, but here, where car accidents and domestic incidents routinely make the front page, there’s often the uncomfortable sense that drama is being amped.

On-the-spot
Now, the media have to make on-the-spot decisions in the most harrowing conditions. Even on National Radio, the thorough, sober public broadcaster, there is painfully intimate questioning of people in shock or grief. You can hear the reluctance in the anchors’ voices. Those being interviewed sound bewildered, as though, within moments, they won’t remember having had the conversation.

And yet, even as we monitor how much television news we can stomach, or question the sensationalist habits of print editors, some media provide our sense of community. Maybe it feels too personal because, here, it is personal. Being glued to the radio or internet is a poor stand-in for doing something, but perhaps it’s why we tune in. We send money and offer beds, but still feel helpless. So we repeat to each other the human voices, stories both terrible and hopeful, for no reason other than to be with them.

On Twitter, three notable photos do the rounds. In one, taken from the hills above Christchurch, a white dust cloud rises from the city moments after the quake like a sandstorm. In another, a boy on a BMX uses a torn-up strip of road as an improvised bike ramp, his jump captured midair. And there are hollow laughs to be had at the image of a broken house, roof ripped away to reveal a couple of large, healthy cannabis plants sprouting like buddleia through the wreckage.

Days after the quake a friend returns home to the eeriness of a place that’s undergone incredible violence. Everything is upended, on its side, fallen all over floor, drawers open as though a poltergeist has torn through it. The atmosphere of that force remains, yet the air is absolutely still. The birds are chirping. A vase of fresh roses stands on a coffee table, not a petal dropped.

There are so many mysteries. Some people survived because they got under their desks. Others thank God that they were thrown across the room as their desks were crushed. New stories emerge constantly and at the centre of each is the randomness of this deadly rupture, the contingency of life. The state of buildings can’t be blamed any more than someone’s inability to brace himself in a door frame.

Now people are calmest when they’re doing something. Fundraisers are planned up and down the country. Everyone’s out with a spade or truck and the volunteer groups are amazing. “There is absolutely no difference,” says mayor Bob Parker in one of his frequent and lucid updates, “between those with uniforms and hard hats and those without. This is happening to us all.”

In these early days people talk about despair, disbelief, fear, gentleness and still, somewhere, that sense of positivity, the will to restore Christchurch and prevail. Architectural opportunities, a national tax, these things are discussed even as people wonder where and how the money will come and others plan to leave the city for good.

A friend tells me about a huge, tattooed guy she saw sitting in the orthopaedic trauma ward, spending hours trying to fix his cellphone with a tiny screwdriver. “You see people right in the centre of their lives just trying to make one thing work,” she says, “so that they can move on to the next thing.” – Guardian News & Media 2011

Emily Perkins was born in Christchurch. Her latest book is titled Novel About My Wife

Next year’s Women’s Cricket World Cup final will be played at Christchurch’s Hagley Oval in New Zealand, it was announced on...
Read more
Opinion

Why did the movie become a new cultural touchstone for the alt-right?
Read more
World

Lawmakers voted 119-1 in favour of the bill, which bans military-style semi-automatic rifles
Read more
Advertising
Continue to the category
Politics