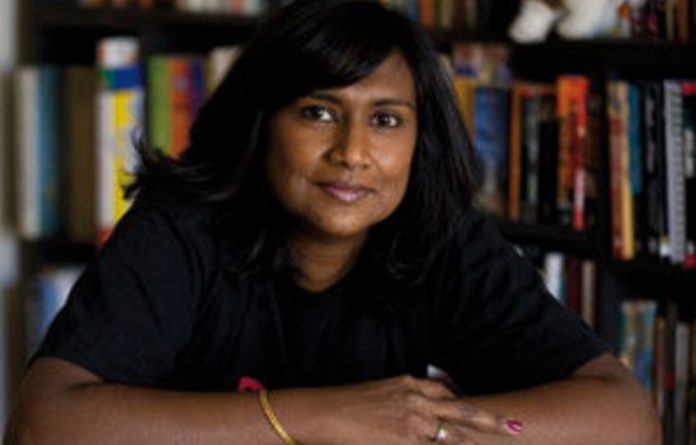 Jele’s novel, Happiness Is a Four-Letter Word, is set in Johannesburg and explores the lives of women in their 30s. A reviewer in the Mail & Guardian wrote that the ‘characters — captured in moments of frozen realities — are so authentic that you’ll recognise them from your own life”.

Forna’s book, set in post-war Sierra Leone, is a psychological exploration of the aftermath of the brutal civil war. When it was published last year, one reviewer described it as ‘brilliant” and another as a ‘passionate and intelligent novel”.

The novel by Forna, who was born in Scotland and raised in Sierra Leone, is important for geopolitical reasons. For some time it has felt as though the Commonwealth Writers’ Prize for the Africa region has awarded its gongs only to South African and ­
Nigerian writers.

One has to go back specifically to 2006 when the two awards went to neither a South African nor a Nigerian. That year The Sun by Night by Ghanaian Benjamin Kwayke took the Best Book honour, and the Best First Book award went to Ugandan Doreen Baingana for a short-story collection titled Tropical Fish: Stories out of Entebbe.

Not a conspiracy
That most of these prizes go to South Africans and Nigerians is not a conspiracy by the continent’s two giants. The simple reason is that they have big populations and, most importantly, established literary and publishing infrastructure.

Publishers in these two countries are more aware of the prizes and can afford to send books to prize committees. It’s not such a surprise, then, that in sub-Saharan Africa the Nobel prize for literature and the Booker prize have been won only by South Africans and Nigerians: J M Coetzee (Nobel and Booker); Chinua Achebe (Booker Lifetime award); Nadine Gordimer (Nobel and Booker); Ben Okri (Booker); and Wole Soyinka (Nobel).

The triumph of Jele’s novel has resonances in the personal — and is an eerie coincidence as well.
Jele, with a BA in international business from North Central College, Illinois, won first and fourth prizes in the 2008 version of the BTA/Anglo-Platinum short-story competition, a literary contest run by literacy activist Beulah Thumbadoo until it was discontinued when Anglo-Platinum withdrew its sponsorship.

By a strange coincidence, Jele’s book was entered when Thumbadoo was one of the Commonwealth Writers’ Prize judges.

The judging process presented dilemmas for Thumbadoo. ‘It was a special moment,” she tells the Mail & Guardian in an interview from the study in her 110-year-old house on busy Rockey Street in Yeoville. ‘When I saw the book I recused myself.”

Out of the blue
The fact that there was unanimity among the judges made it easier for her, but she is keen to emphasise that Jele should know that their previous connection did not have anything to do with the prize.

Recounting the process, Thumbadoo says she received a letter ‘out of the blue” asking her to be a judge. In about mid-October last year books in packages of about 10 started arriving by courier; in total she received 70. Some were beautifully printed and bound, others nondescript, and a few were ring-bound A4 copies, looking as though they were second drafts of works in progress. This is proof of the disparities in publishing in Africa. The judges were not getting the same books at the same time, but after each burst of reading the judge would be expected to classify entries into four categories: definite shortlist, possible shortlist, reject and possible discussion.

‘Before finishing reading, another set would arrive. It was a big plunge; suddenly I was immersed in all these books,” Thumbadoo says.

After an intensive reading period of about three months the shortlists were ready. For the Best Book award the list had the following: The Memory of Love by Forna; Oil on Water by Nigerian author Helon Habila; and four South African works: Men of the South by Zukiswa Wanner; The Unseen Leopard by Bridget Pitt; Blood at Bay by Sue Rabie; and Banquet at Brabazon by Patricia Schonstein.

Commenting on the boom in South African publishing, Thumbadoo is thrilled by the ‘fresh voices coming through” but wishes that the works showed more diligent editing and contextualising. ‘Who, for instance, in Sweden would know about the Truth and Reconciliation Commission?”

Preoccupation with the self
She says local writers ‘seem to be writing for a South African audience”, which might appear to be an obvious point to make. What she is getting at is that there seems to be little concern in ‘South African literature that goes beyond the now. I don’t see concern for the planet, animals, the social atrocities of our time —”

Thumbadoo decries the ‘preoccupation with the self” that she has noticed in local fiction, a reluctance ‘to see ourselves as part of a bigger whole”.

When we turn to speak about Forna, Thumbadoo sits up excitedly. ‘She was born to write this book,” Thumbadoo enthuses. The Memory of Love is a layered and seductive narrative, she says, and Forna has done Sierra Leone proud by expertly exploring painful material sensitively.

‘If you’re very lucky, everything you’ve been looking for from a writer comes together in one book… and as a judge you can exhale and allow yourself a little smile and whisper — this is it, this is the one. Forna did this
for me.”

Thumbadoo once lobbied the minister of education to declare the year 2001 the Year of the Reader. In my cynical moments I doubt the efficacy of activism; I think a good way to push literacy and literary campaigns is to publish — and provide to libraries — good literature.

This year Thumbadoo’s decades-old struggle to get us to read seems to have received impetus from two remarkable women, one a South African and the other a Sierra Leonean. How about that for
geopolitical balancing?