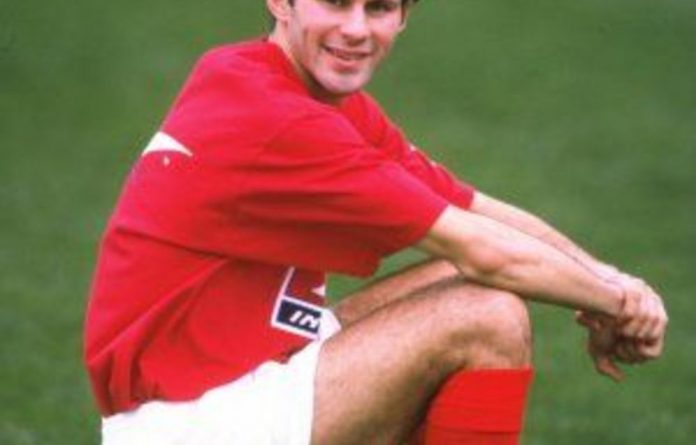 As he celebrates 20 years at Manchester United the winger talks to Daniel Taylor about early-day partying, media intrusion and asking Ferguson for a new car.

The first game: March 2 1991. You look at the photos now and so much has changed. Old Trafford, back then, was an unsophisticated place, desperately in need of investment, much in line with a city struggling from the effects of post-industrialisation. “Madchester” might have been booming but Manchester was far from the metropolis of stylish apartment blocks, Calatrava bridges and glass condominium towers we see now.

Ryan Giggs was 17, wearing a shirt that seemed slightly too large for his skinny frame. Manchester United 0, Everton 2. The team were on a run of seven league games without a win, almost a quarter of a century since their last title. It was an inauspicious debut.

“The thing that sticks out is Dave Watson coming through the back of me,” Giggs says. “It was ‘welcome to the big boys’ league’. I had a big cut on my knee for ages after that.” Otherwise, he cannot remember too much apart from Ferguson shouting at everyone in the dressing room.

The anniversary was on Wednesday. “Twenty years of tramping up and down that bloody wing,” as Ferguson puts it. Though, Giggs being Giggs, he doesn’t want too much fuss. He cringes when it is put to him there might be a statue for him outside Old Trafford one day. “A statue? I really don’t know about that —” He is 37 now, flecks of grey hair appearing around his ears. Retirement is on the horizon — maybe only 15 months away — and there is the odd moment of insecurity. “I wasn’t worried about it three or four years ago but I am now,” he confesses. “I’m wondering what I’m going to do.”

Coaching is one option. An ambassadorial role is open to him at United if he wants it. Giggs, one senses, will remain part of the Old Trafford furniture. There have been many super-talented kids come and go at this club. None has lasted 20 years. Nobody has played so many games. Or with such continued excellence. It has been an epic and anachronistic run. “Twenty years, I do feel proud,” says a man who increasingly possesses the universal appeal of Sir Bobby Charlton. “You’re talking about a player coming into a successful team at the age of 17 and staying there for 20 years. It’s not impossible, but it’s tough to think it will happen again.”

The question he gets asked most these days is simple: what’s the secret of his longevity? But there are many different factors. “First of all it’s what you’re born with; your genetics.” After that, it’s about “trying to live your life the right way”.

‘The desire is still there’
The younger Giggs — that wiry kid with the mop of curly hair — was on first-name terms with Manchester’s nightclub doormen, but that had its drawbacks. “Coming into the first-team, a lot of hype, celebrity girlfriends, it meant photographers following me all over the place.” Giggs felt as though his privacy was being invaded. In his first full season he remembers the now-defunct Today newspaper “ran a week-long feature delving into my family, my dad’s family, the rift between my mum and dad. It was just — I just didn’t like it.”

Giggs has had his fair share of lost nights, but he’s virtually teetotal now and just wants “to keep a low profile”. He finds it amusing that Rio Ferdinand should tell almost 600 000 followers on Twitter what he has eaten for breakfast or what cartoons he likes best. “Yeah, I don’t get that … I really just don’t get that.”

He turns up for this interview in a simple top, jeans and a £40 pair of Converse pumps. That kid of 1991, the boy who played football like a man, has become the man who plays football like a boy. On Tuesday night in the 2-1 loss against Chelsea, Giggs equalled Charlton’s record of 606 league appearances for United. In all competitions Giggs has played for the club 861 times, overtaking Charlton (on 758) on the night of the 2008 European Cup final.

“At the beginning it’s just desire to get in the first team and stay there,” he says. “Some players might lose their drive, but not the ones I’ve been friends with. You get older, but the desire is still there and you actually enjoy it more.” Plus he makes another point: “I’ve played for Wales, remember, and playing for Wales and playing for United, I know the difference. It’s a lot easier when you have quality around you, believe me. I might have been finished three or four years ago otherwise.”

Giggs has never been one for pumping his fists or long, impassioned dressing-room sermons, but in that quiet, understated way, he also has a fierce determination to keep on winning. It is his fix, he says, the only true form of job satisfaction. Plus there is the fear of failure that so many top sportsmen use as motivation. “Last year, for example, when Chelsea won the double. It winds you up. You don’t want it to happen again. You don’t want to feel like you did last summer. You want to feel like the year before when you won the league. You think about those moments just as much as you think about the things you’ve won. Probably more, in fact.”

‘Awful feeling of emptiness’
This is a common theme among Giggs’s generation at United: remember the bad times, make sure they are the exception rather than the norm. “It stays with you. You go away on holiday, you’re lying on the beach trying to enjoy yourself with the kids, and you do. But then you have a quiet moment, it comes back to you and you can’t help it, you’re pissed off. You’re on holiday and you’re just pissed off.”

The worst time? “My first full season, when we lost the league to Leeds. That awful feeling of emptiness.” The European Cup final in 2009, losing to Barcelona, was a close second. “On the coach outside the stadium, you know you haven’t played well personally, and you haven’t played well as a team. It’s the last game of the season, you’ll never get it back and you’re just gutted. We didn’t perform. That was the worst thing. We just didn’t perform. At United you always pride yourself that when you lose a goal you react — but we didn’t that night.”

Giggs, lest it be forgotten, already has two Champions League winner’s medals. He was rummaging through his drawers the other week and found them under some clothes, with his OBE and a couple of league winner’s medals. “Oh, here they are,” he thought. Most of his collection has been donated to the club museum, though he does treasure some possessions. “The night of the European Cup final in Moscow, Bobby presented me with a watch …” His eyes sparkle.

In 20 years he has had 131 different teammates — good, bad, indifferent and, in a few cases, exceptional. A few weeks ago Giggs nominated Paul Scholes as the best (“I’ve never seen anyone make the game look so easy.”) This time he chooses differently. “Probably Roy [Keane]. If Bryan Robson was playing you never thought you were going to lose. Then Robbo left, Roy took over that mantle and you felt invincible with him around.” Did Giggs escape the Irishman’s furies? “No one got away with it. But I was here before him, remember. I didn’t get it too bad.”

‘Colourless stuff’
As for Ferguson, Giggs seems convinced his manager will outlast him. He tells a story of Ferguson contracting the virus that went around the club before the Manchester derby last November. Ferguson was feverish, looking like death. Then it came to match-day and he was there in the dugout. “He loves the challenge. I just can’t see the gaffer leaving in the near future. He’ll be around a lot longer than me.” Ferguson turns 70 at the end of the year, but Giggs shrugs. “Maybe not another 10 years, but four or five definitely.”

Ferguson, he says, is a “lot more mellow these days, a lot less scary than when I was 13”, though Giggs has lost count of the number of times his eyebrows have been singed by the “Hairdryer”. One of his favourite memories is how, a few weeks after his debut, Steve Bruce and Robson told him that now he was established as a first-team player he should ask Ferguson if he qualified for a club car. An emboldened Giggs duly knocked on the manager’s door. “He went absolutely nuts,” he recalls. It was only later that the teenager realised he had been set up.

Older, wiser, Giggs has become the popular face of Manchester United, revered throughout the game. His medal count is staggering (48 and counting, if you count the times he has been a runner-up). Giggs did not invent the art of dribbling but there have been times in the past 20 years when it felt as though he had taken it to its highest level.

He is also well qualified to respond to Didier Deschamps’s observation last week that United no longer play with the “fantasy” of old. “Since losing Cristiano [Ronaldo] and Carlos [Tevez], losing great players, I know why people might say that, but we’re still in a strong position. We’re top of the league, we’re still in the Champions League, still in the FA Cup.”

And the mind goes back to that game against Everton 20 years ago. “It was thoroughly colourless stuff,” the Guardian reported at the time. “Manchester United’s championship hopes, for the 24th consecutive season, had long gone cold.” Giggs’s appearance, as a 35th-minute substitute for the injured Denis Irwin, does not warrant a mention. “It felt like a wake,” Giggs remembers. But the skinny kid with the gashed knee has not done too badly.