Turning up the heat through solar power 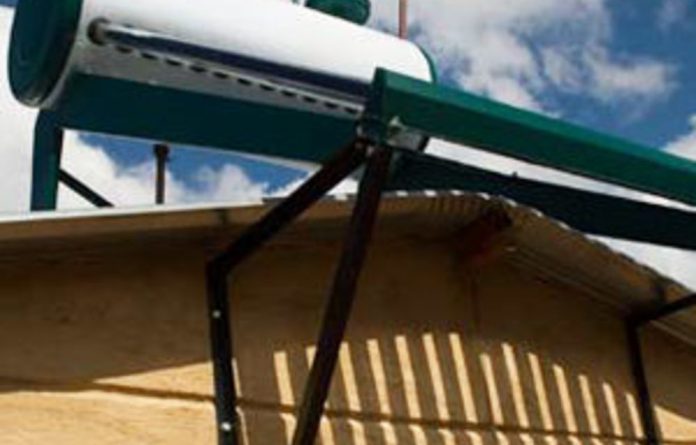 The mass roll-out of solar water heaters in low income communities needs to be accompanied by consultation and technological savvy if it is to succeed, says a study for the University of Cape Town’s Energy Research Centre.

Municipalities across the country are contracting companies to install solar water heaters in the roll-out, which started last April.

This, together with a rebate offered by Eskom for the installation of accredited solar water heaters, has ramped up the industry in the past year. The Eskom rebate was recently extended to low-pressure systems, the ones most commonly installed in low-income households.

“Poverty alleviation through clean energy for the poor is the goal, but what do solar water heaters really deliver to communities and single households where they are installed?” asked Holle Wlokas, a member of the centre’s energy, poverty and development team. Wlokas surveyed the response of 600 households in Zanemvula to the roll-out of solar water heaters by the Nelson Mandela Bay municipality, and in Kuyasa in Cape Town to the installation of solar heaters as part of an offset programme under the international clean development mechanism.

She found the provision of a constant, cheap source of heated water contributed positively to the households and were generally welcomed. Benefits included health improvements, time and financial savings, and temporary income for people employed by the projects. “The extent to which this technology is contributing is, however, dependant on the approach and strategies of the project implementer,” she said in a thesis published last year by the Freie University of Berlin.

Her findings will be presented by the Energy Research Centre at an Energy Institute conference in Cape Town in April. At Zanemvula, she said, beneficiaries did not know about the roll-out of heaters before the project started, and 53% of the households surveyed had to call for maintenance within three months of installation. The main problem was leakage, followed by overflows and problems with the taps.

Residents have to participate in the installation of the heaters, be taught how to use them and how to maintain them for long-term success, Holle said. Ideally, local businesses should be set up and trained during the installation process so that they can respond to future maintenance calls from neighbours. “Engaging communities and encouraging their active involvement is crucial to realising the full benefits of the installation,” she said.