Walmart leaves a lot to be desired 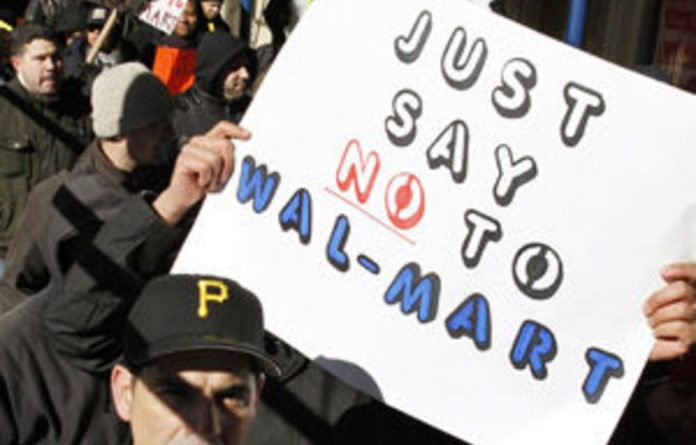 Walmart’s slogan is “Save money. Live better.” It promises low prices for its customers. But that raises the questions: who saves money and gets to live better? Walmart’s low prices come at what cost and to whom?

These are the questions the Competition Commission should have asked when it investigated Walmart’s offer for 51% of Massmart. The commission’s approval of the deal, without conditions, is disappointing, not least because it ignores evidence of Walmart’s bad business practices around the world. Walmart’s record demonstrates exploitation of workers, the erosion and denial of workers’ rights, job losses and the post-acquisition virtual collapse of local economies both in retail and its supply chain.

We partly agree with Pattison that it is in the interests of organised labour and business to promote socially responsible foreign investment. But it is in our national interest to have job creation, economic growth and sustainable businesses at the centre of it all. Companies such as Walmart, which are bad employers and worse corporate citizens, can surely not deliver this form of investment. Decently paid workers in a vibrant economic community produce the better life that Walmart advertises, not low wages, unprotected labour and cheap imports.

Not a vote of confidence
This deal is not a vote of confidence in South Africa. Other countries have simply refused Walmart entry. When the Norwegian government disinvested from Walmart, it said its record created “the risk of complicity in serious or systematic violations of human rights”. It was persuaded that Walmart ran “its business operations in a manner that contradicts internationally recognised human rights and labour rights standards, through its suppliers in Asia, Africa and Latin America and in its own operations.

“There are reports alleging that Walmart consistently employs or condones the employment of minors in contravention of international rules, that working conditions at many of its suppliers are dangerous or health-hazardous, that workers are pressured into working overtime without compensation, that the company discriminates against women with regard to pay, that all attempts by the company’s employees to unionise are stopped, that employees are unreasonably punished and locked up.”

The Swedish and Dutch governments followed suit and Germany managed to exclude Walmart.

The anti-Walmart coalition opposes the Walmart business model and the Massmart deal. The coalition is not against foreign investment.

Pattison’s antagonism to the coalition deliberately misunderstands why a coalition of organised labour, civil society and small business would oppose the deal.

It is not about “narrow self-interest” but about recognising that all stakeholders have serious and well-founded concerns regarding the way Walmart does business.

The Competition Tribunal next month has the final say on this deal. It will decide whether to adopt the recommendations of the commission and approve the deal unconditionally or use its regulatory powers to confront the pricing power of Walmart, the world’s largest private employer with a turnover more than twice South Africa’s GDP.

The Competition Act requires the tribunal to “promote employment and advance the social and economic welfare of South Africans”. These two goals can be met by business and foreign direct investment, but from our experience and its global track record certainly not by Walmart.

Mike Abrahams is the media and research coordinator of the South African Commercial, Catering and Allied Workers’ Union