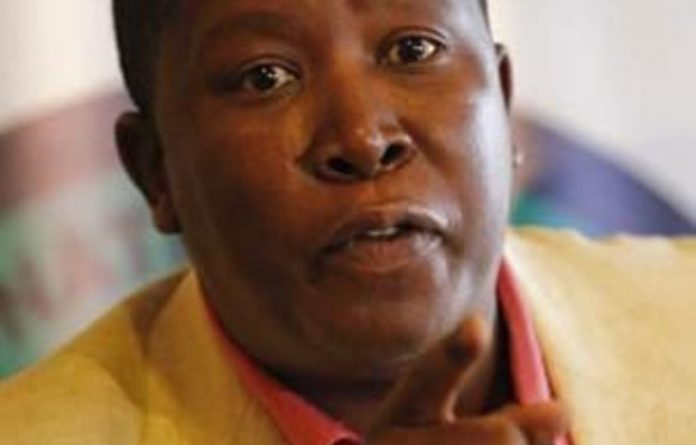 Malema was speaking at a gala dinner in Nelspruit on Friday.

He said Anglo could do as it pleased with the remaining 40%.

Malema predicted that the nationalisation of South African mines would occur during his lifetime.

“Share that delicious piece of cake. Don’t eat it all alone!” he said to loud applause.

Malema said unemployment was the cause of recent political unrest, and nationalisation was the way to solve it.

The youth league did not advocate taking over all white businesses, it just wanted its fair share, he said.

“If we don’t do it [nationalisation], we’ll always stay poor. The Oppenheimers don’t need to worry because we only want 60% of Anglo American’s money,” he said.

‘Having babies is a revolutionary thing’
Malema said Anglo had agreed to give 51% of its mining interests to black people in Botswana and asked why the company did not want to do the same in South Africa. He accused the mining giant of thinking black people were idiots and of abusing the black population in South Africa.

“We’re now economic freedom fighters. The revolution started to get food. We don’t have to apologise, or be shy about this struggle.”

He urged a packed hall at the Ehlanzeni District Municipality building to prevent the revolution from losing steam by having as many babies as possible.

“Having babies is a revolutionary thing. You must reproduce!”