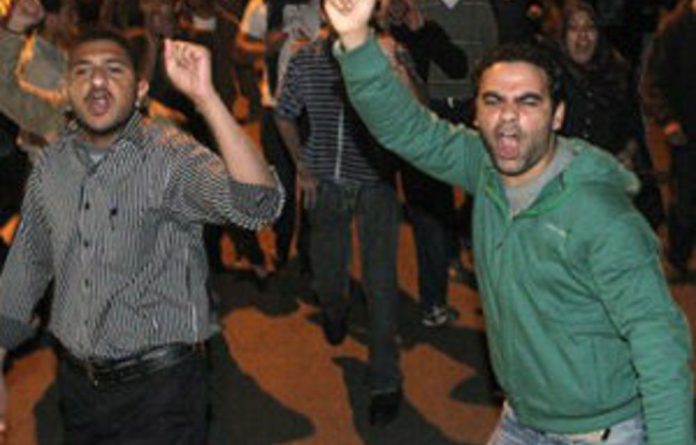 Egypt’s prime minister-designate named a caretaker Cabinet on Sunday to help lead the country through reforms and toward free elections after the uprising that ousted President Hosni Mubarak.

The changes include new faces in the key foreign, interior and justice ministries — a decision expected to be met with the approval of the pro-reform groups that led an 18-day uprising that forced Mubarak to step down on February 11.

Meanwhile, a rally outside the Interior Ministry in Cairo, which houses offices of the hated State Security agency, was violently broken up.

Protesters have over the past two days rallied outside some dozen state security offices across the nation. In many cases, protesters stormed the buildings, including the main State Security headquarters in the Cairo suburb of Nasr City. The protests followed reports that agents were burning and shredding documents to destroy evidence that would incriminate them in possible cases of human rights abuses.

On Sunday, army soldiers fired in the air and used stun guns to disperse hundreds of protesters who wanted to storm the State Security offices inside the Interior Ministry in downtown Cairo. The protesters said they wanted to see for themselves whether the building had secret cells and to stop officers from destroying documents.

Thugs armed with rocks, firebombs and machetes also charged at the protesters, but it was not immediately known who had sent them. State TV said 27 arrests were made at the scene.

The State Security agency, which employs about 100 000 of Egypt’s 500 000-strong security forces, is blamed for the worst human rights abuses against Mubarak’s opponents.

Dismantling the agency has been a key demand of the protest groups that led the uprising.

In a move clearly designed to respond to such demands, Prime Minister-designate Essam Sharaf has named a new interior minister. Major General Mansour el-Essawy, a former Cairo security chief, was expected to replace Mahmoud Wagdi, who has held the post for less than a month.

The Interior Ministry is in charge of the security forces.

El-Essawy, according to a report by the state news agency, pledged after meeting Sharaf that he would work to restore security and reduce the role of the State Security agency.

No posts for Mubarak loyalists
Sharaf met with 22 other ministerial nominees, including Nabil Elaraby, expected to be Egypt’s foreign minister. Elaraby will replace Foreign Minister Ahmed Aboul-Gheit, who has held the job since 2004 but has been maligned by the protesters because of his criticism of the uprising in its early days.

Elaraby was Egypt’s UN representative in the 1990s and served as a judge in the International Court of Justice between 2001 and 2006. He was critical of the government’s crackdown against the uprising and was a member of a committee to advise protest leaders on their reform demands.

The new Cabinet also includes a new justice minister, replacing one who was considered a close Mubarak ally and whose dismissal was demanded by the opposition groups.

The new Cabinet has to be approved and sworn in by Egypt’s military rulers.

Nasser Abdel-Hamid, a protest leader and member of the Youth Coalition, said the new Cabinet line-up was acceptable because it did not include Mubarak loyalists.

“Most of them are experts in their field, and have a good history,” he said. – Sapa-AP