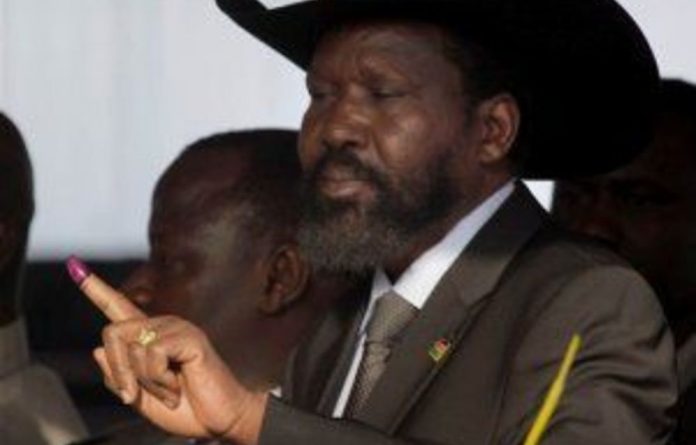 Clashes between South Sudanese troops and two separate rebel militias have left at least 92 people dead, the army’s spokesperson said on Monday, clouding the countdown to independence for the impoverished region.

He said the toll from clashes in neighbouring Upper Nile state on Sunday had risen to 72, including 65 rebels, whom he accused of being in the service of the Khartoum government.

“There was fighting on Sunday between the SPLA [Sudan People’s Liberation Army] and a former militia group under Ulony, a militia commander who had been in the service of Khartoum for a long time,” said the spokesperson for the SPLA.

“There has also been fighting in Jonglei. George Athor’s men attacked the SPLA two days ago, and the SPLA responded by attacking two of their camps.

“Fourteen bodies from their side were found on the ground, and a large number of wounded,” he said.

Athor confirmed that there had been heavy fighting at Korwac and Patai, two of his camps in northern Jonglei. He said that 172 southern soldiers had been killed in the fighting and two army tanks destroyed.

Fighting the SPLA
Aguer dismissed that death toll, insisting that only seven soldiers had died.

Potentially of greater concern for the fledging nation, which is due to achieve international recognition in July, Athor also claimed that Ulony was under his command, raising the prospect of a coordinated rebellion in the region.

“We are both fighting the SPLA. We reached a peace agreement with the government on January 6. But they reneged on their promises so now we are defending ourselves,” he told AFP.

Troops loyal to Athor launched a devastating attack on the southern army just a month ago in which more than 200 people died.

Aguer said the clashes with Ulony’s men took place after they attacked a group of SPLA soldiers who had gone to the market in Owach, a town west of the Upper Nile state capital Malakal, killing one and wounding one.

“After that incident, the SPLA attacked their camp at around noon (0900 GMT), and fighting took place.”

Sources in Malakal confirmed that there had been fighting in Owach but denied that more than 40 people had been killed.

“I think between 13 and 15 people were killed altogether,” said Susan Oyach, an assistant in the state governor’s office, adding that the situation there was now calm.

Accusations
Aguer said the army had recovered 37 AK-47 assault rifles, which he charged had “definitely” been supplied by the north.

Northern army officials were not immediately available to respond to the accusations.

The SPLA spokesperson said Sunday’s attack came despite the southern government allowing the militias to join the army as part of president Salva Kiir’s amnesty offer to rebel fighters in October.

Relations between north and south seemed to have improved during January’s referendum on southern independence, but a string of deadly attacks by rebel militias in Upper Nile and Jonglei states since last month has renewed the war of words between the two sides.

Athor’s men signed a ceasefire with the southern army shortly before the landmark referendum, but he himself stayed away from the signing ceremony in the regional capital of Juba.

Southern officials have accused him of using the ceasefire period to recruit more fighters.

During the devastating 1983 to 2005 civil war between the north and south, Khartoum armed militias, among southern ethnic groups opposed to the SPLA, which has repeatedly accused the northern authorities of maintaining the policy in a bid to destabilise the region.

Khartoum has in turn accused the southern authorities of backing rebel groups in the western region of Darfur, something they deny. — Sapa-AFP

Not the Nobel Prize: Giving war criminals the attention they deserve