Cele ruling may put protector in ­the cross hairs 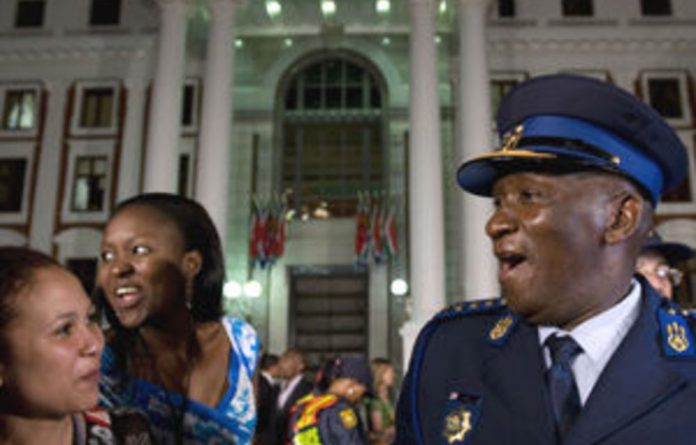 While we were attending the ANC’s manifesto launch in Rustenburg — a really flat rally — a politician friend jolted me from my boredom by asking: “Who do you think is going to fall, Bheki Cele or Thuli Madonsela?”

I had been unaware that the country had to choose between these two heads of crucial institutions of state. The background is that public protector Madonsela found that Cele, as the South African Police Service’s accounting officer, failed to discharge the duties and obligations imposed on him by section 217 of the Constitution, section 38 of the Public Finance Management Act (PFMA) and the relevant treasury regulations.

These require an accounting officer to ensure that goods and services are procured in accordance with a system that is fair, equitable, transparent, competitive and cost-effective.

After investigating the leasing of a building intended to serve as police headquarters, Madonsela found that Cele’s conduct had been improper, unlawful and tantamount to maladministration. Cele may or may not have to fall, but he certainly has a case to answer. He owes us an explanation, while President Jacob Zuma must tell us what action will follow from Madonsela’s findings.

Why should the public protector fall? There are no rational grounds for her demise, but anyone who has observed events in South Africa in the past few years will know that she is skating on thin ice. Just like the former head of the National Prosecuting Authority, Vusi Pikoli, who upset former president Thabo Mbeki when he wanted to arrest the previous police commissioner, Jackie Selebi, and the Scorpions, which upset Jacob Zuma’s hangers-on in the ANC by prosecuting high-ranking party members.

Madonsela has stepped on sacred ground by encroaching on Zuma’s inner circle. She has dared to find fault with a man who is not only critical to the country’s future because of the job he does, but is the president’s best friend. So far, Zuma has kept silent, but that doesn’t mean that the wheels aren’t quietly turning.

‘Hard to ignore’
I don’t know Cele well, but I find him an interesting personality. He pops up all over the show and is hard to ignore. Before becoming police commissioner, he was known as the hard man of the ANC in the Ethekwini (Durban) region, which he chaired. When Mbeki was booed in Pietermaritzburg while hosting the Indian prime minister in 2006, as part of an orchestrated protest over his treatment of Zuma, fingers were pointed at Cele as the man who bussed in the protesters. He was also known as a flamboyant man about town, always dressed to the nines with matching hats.

Until Zuma was elected president in 2009, he was largely a KwaZulu-Natal figure. Once he took the national stage, he went out of his way to cultivate editors, visiting media houses and meeting the South African National Editors’ Forum. As chief of police, he has been a tough cop. And while I don’t believe the two things are necessarily connected, he has also been effective in tackling crime.

Crime statistics have been on the decline in recent years, but Cele has made a particular impact in fighting the sophisticated criminal syndicates that specialise in cash-in-transit heists, bank robberies and ATM bombings. Murder and house robberies are also on the decline.

Behind his apparent success appears to lie a significant improvement in intelligence. Over a week ago, for example, Pretoria police surprised nine cash-in-transit robbers, killing three, injuring three and arresting the rest after receiving a tip-off.

There is concern that his “shoot to kill” pronouncements are eroding the human rights culture that South Africa is trying to foster, but I rather admire the work Cele has done as head of police. On that score, Zuma should retain him as commander of the men and women in blue.

But Cele, of all people, should know that no one is above the law. Madonsela found that, although the SAPS did not sign the lease agreement, by negotiating with a single supplier its role went beyond that of demand management. She also found that it failed to implement proper controls, as required by the PFMA.

As accounting officer, Cele was clearly derelict in the execution of his duties. Zuma is known to be loyal to a fault to those close to him. And there have been worrying signs of an un-official campaign to shut down the story. Days after it first broke, police arrested one of the two journalists responsible for writing it on charges that were subsequently thrown out of court.

So far Madonsela remains unscathed. But Zuma should act in a manner that assures that she will be able to continue carrying out her work without fear or favour and in a way that reminds Cele that personal bonds are far less important than respect for the laws of the country.

Zuma should act in a manner that assures that Madonsela will be able to continue carrying out her work without fear or favour and in a way that reminds Cele that personal bonds are far less important than respect for the laws of the country.