Ownership of values is folly 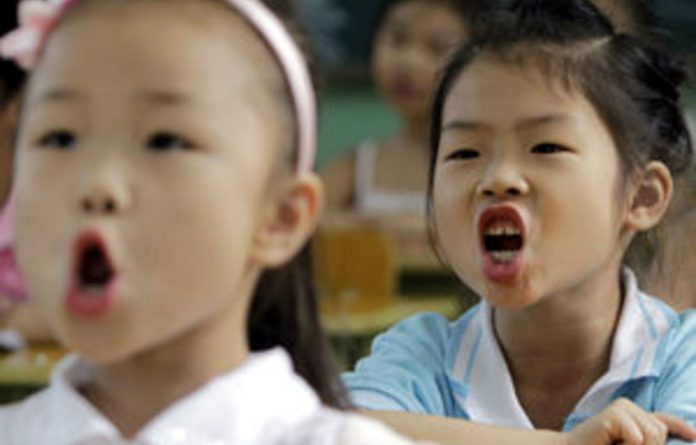 United Kingdom Prime Minister David Cameron and Amy Chua, author of the controversial Battle Hymn of the Tiger Mother, do not appear to have all that much in common. But in recent weeks both have been brandishing the term “Western values” with polarising and incendiary effect.

In his attack on multiculturalism at a recent Munich conference Cameron insisted that the UK’s past adoption of policies of multiculturalism had allowed “groups to live apart from each other and apart from the mainstream”, incubating Islamic extremism. Cameron’s corrective: an unequivocal, unapologetic embrace of “Western values”.

Western values and Islam could be entirely compatible, argued Cameron. After all, one need only “look at what’s happened in the past few weeks in the streets of Tunis and Cairo”.

One can recoil at Cameron’s simplistic reduction yet still marvel at his employment of that most successful of branding exercises: the labelling of values that mark humane societies — freedom, tolerance, equality — as “Western”. When did these values become indisputably Western? Post the crusades, the pogroms or the Holocaust?

Cameron blithely ignores the reality that those societies in which these values have found a past home have not been characterised by any shared Western orientation, but rather all have evidenced complex interplays of prosperity, peace and principled leadership. To label these values “Western” is to needlessly alienate peoples and cultures as likely to aspire to these ideals as any European nation.

Amy Chua, a Yale law professor, learns more quickly from her mistakes. Like Cameron she deploys the term “Western” in an undefined way. In her book it has meaning only as against something else: not, like Cameron, something good, as against Islamic extremism, but rather something bad, as against Chinese parenting.

Parenting rights
The book has left Americans stung not only because of its attack on precious parenting rites, but because it feeds the fear of Chinese ascendancy. In media interviews since the book’s publication Chua has been quick to emphasise — perhaps alarmed at her revilement — that the values she ascribes to Chinese parents are, in fact, values said typically to be American. It is a smart move: Americans will be far less hostile to so-called Chinese parenting values if they understand them also to be American. And it is a lesson Cameron should have grasped.

Chua’s book could also stand as a rejoinder to why Cameron’s attack on multiculturalism is wrong-headed: the parenting approaches she so successfully deployed with her first daughter were underwhelming when applied to her second. Instead of the virtuous circle of practice then proficiency, and praise and real enjoyment at a skill mastered, her younger daughter rebelled.

In hindsight, Chua suggests, she should have listened to her younger daughter more and adapted her approach. But if children demand different approaches, so too do groups of people. Multiculturalism that aims to safeguard different communal ways of living and preserve their specific hallmarks — language, history, religion, culture, tradition — recognises that wellbeing and self-fulfilment may be achieved by members of communities even if, or because, they live apart from the mainstream. We each need different environments and communities so that we might thrive.

But multiculturalism sometimes ushers in relativism: a belief that there are no objectively better values and principles, only different, equally valid, principles and beliefs. And it is here that Cameron and Chua are right, not wrong.

Cameron is right to insist that those religious schools which invite bigoted preachers to speak, denounce religious freedoms and call for holy wars are less valuable and less deserving of state funding than schools that don’t.

And Chua should be unapologetic: supervised musical practice is better parenting than allowing countless hours of Facebook. It is fatuous to suggest that one approach is intrinsically Chinese, the other Western. But one is better.