Tucson gunman pleads not guilty on all charges 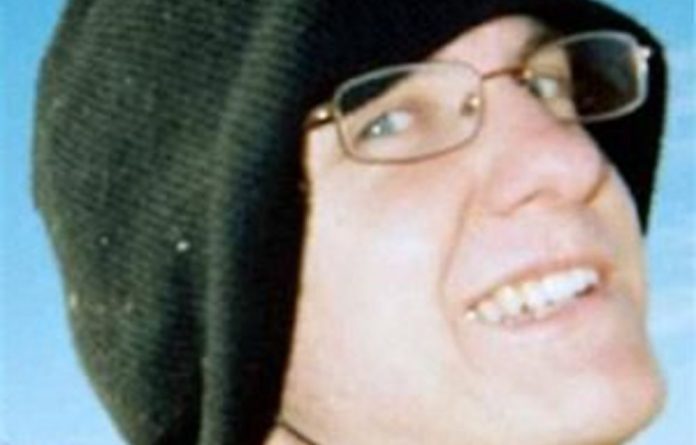 Jared Lee Loughner, the gunman accused of trying to assassinate a United States (US) congresswoman and killing six people in Tucson, pleaded not guilty to all 49 new charges against him on Wednesday.

He entered the pleas in his first court appearance in Tucson itself, after prosecutors announced new indictments against him last week in the January 8 Arizona shooting spree targeting lawmaker Gabrielle Giffords.

Sitting quietly during the hour-long hearing, the 22-year-old — his hair grown out since his last court appearance, and with long sideburns — listened as the 49 counts including multiple murder charges were read to him.

In shackles and dressed in a tan prison jumpsuit, Loughner showed little reaction as Judge Larry Burns heard a lengthy argument seeking public access to records in the case.

Loughner smiled as he was led both in and out of the court room. When a court official asked him: “Jared Lee Loughner, is that your true name?” he replied: “Yes, it is,” his voice soft but audible.

“We are still months away from trial, Your Honour,” said Clarke, whose past clients include the so-called Unabomber, jailed for life in 1998 after a 17-year campaign of parcel-bomb attacks which killed three people.

The court room was packed with observers. At least a few of the shooting victims, with members of their families beside them, looked on from the opposite side of the room, facing the defendant.

One of the victims, Suzi Hileman (59) sat in a wheelchair and watched closely Loughner throughout the proceeding. She was shot three times in the incident, but is recovering.

Hileman was the neighbourhood parent who brought 9-year-old Christina Taylor Green to the Congress on Your Corner event with Giffords where the shooting occurred.

Green was one of the six victims who died in a hail of gunfire near the supermarket entrance. She died from a single gunshot wound that damaged her aorta, according to autopsy records released on Monday.

The hearing also discussed Loughner’s mental competence to stand trial, and Judge Burns ordered psychological tests to be carried out to determine if he was able to understand the charges against him.

‘Deliberate and thorough process’
Loughner was initially indicted in January on three counts of trying to kill Giffords and two of her aides in the shooting outside a supermarket, which also left a federal judge dead.

The new indictments, announced on Friday, include charges for the killing of nine-year-old Green, the youngest victim, who was hailed as an inspiration by President Barack Obama in a Tucson memorial after the massacre.

In Wednesday’s hearing, Judge Burns agreed in part to a request filed by local media to have access to evidence gathered under search warrants, and court records.

Previous hearings had been held in the state capital of Phoenix. Arizona judges were disqualified from hearing the case, because of one of their colleagues was amongst those killed. Judge Burns is from California.

Forty-year-old Giffords, who was shot in the head at point-blank range, is continuing her recovery in Texas, where she was moved to a rehabilitation centre after her initial intensive care treatment in Tucson.

Loughner could face the death penalty over the shootings, local US Attorney Dennis Burke noted last week, adding that US judicial rules “require us to pursue a deliberate and thorough process”.

“That process is ongoing, and we will continue to work diligently to see that justice is done,” he said. — AFP