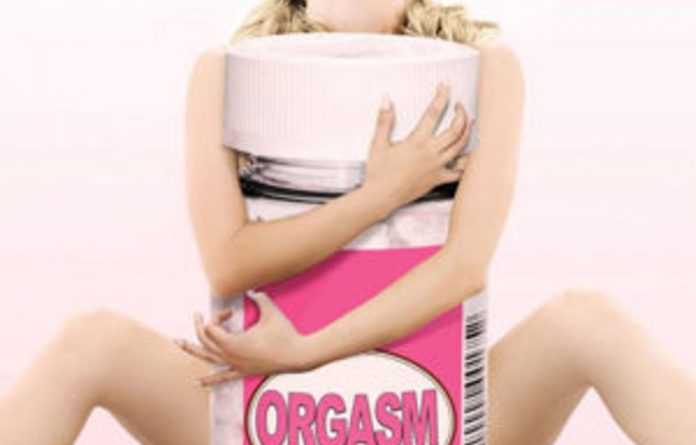 Welcome to Orgasm Inc, a wry and unsqueamish piece of film-making by the American documentary maker, Liz Canner, who has charted the race to market the first medical cure for female sexual dysfunction (FSD) and has attempted to unpick the ethical dilemmas that have accompanied it.

The very existence of clinically correctable FSD is contentious. The way drug companies convert disorders into conditions that can be remedied only with the regular purchase of their branded pill is a familiar story. Indeed, the study in the 1990s that identified 43% of American women as suffering from this baggily defined dysfunction was found to have been conducted by psychologists with links to the drugs industry.

A 2005 survey that came to similar conclusions about women in Europe and Asia was sponsored by Pfizer, the maker of Viagra. And, crucially, the success of treatment for FSD is fairly subjective. Unlike Viagra it cannot be measured against a map of the Mull of Kintyre.

The fact is that cases of purely medical sexual dysfunction among women are rare. As Petra Boynton — the British sexual health academic who has nobly exposed the profit motive of the medicaliser — points out, a variety of means already exists to help women: education, therapy, existing healthcare for related conditions and improving communication skills within intimate relationships.

“All of these can be made available now, yet nobody pushes for this when arguing for a medical ‘cure’ some time in the future.” Boynton is similarly dubious about the way pharmaceutical companies appropriated the feminist language of empowerment and sexual-satisfaction rights to paint critics as prudish or anti-women.

In Orgasm Inc Canner traces the coinage of FSD to the Viagra-inspired expectation that the transformation of common female sexual difficulties into a drug-soluble disorder would equal a bonanza for shareholders. But when her subject, Charletta, newly liberated from her orgasmatron (yet to make it to the market, incidentally) intones with the wonder of the newly sighted, “Maybe sex in the movies is not normal,” one becomes aware of a broader cultural displacement.

The latest reporter on the pornification of society is Britain’s former home secretary, Interior Minister Jacqui Smith, whose recent investigation for BBC Radio Five Live appeared to trade on her naivety as a legislator on hardcore material who had never seen the stuff and a wife whose spouse was enjoying the milder end of the spectrum.

Bike-shed anecdotes suggest that many of porn’s regularly featured and more objectionable acts are now incorporated as normal in teenage sex lives. And Smith’s documentary comes out in the same week as research revealing an accelerating clamour for vaginal cosmetic surgery among young women.

Just as Orgasm Inc argues that treating sexual problems is more complex than finding the female equivalent of a chemically sustained erection, challenging the commodification of sexuality is not zero-sum. This is not about a reactionary attempt to replace one stereotyped version (male, porny, penetrative) with another (female, cuddly, politically correct).

But sex embodies a human freedom the market denies. To desire and be desired can be many things: funny, awkward, transforming, sacred and profane. To be honest about what turns you on, for a moment or a lifetime, demands a particularly intimate bravery that is threatened with extinction by the megaphone of cultural sexism. —

The Netflix series Sex Education shows that whether you’re celebrating or vilifying “the Other”, it’s all part of the same subjugation
Read more
Africa

Half-naked, oiled-up, gyrating male strippers. We want this but think we can’t be seen to do so
Read more
Friday

'The Wound' tackles the unspoken issue of sexuality and tradition in a film about Xhosa initiates.
Read more
National

Being kinky is the new normal