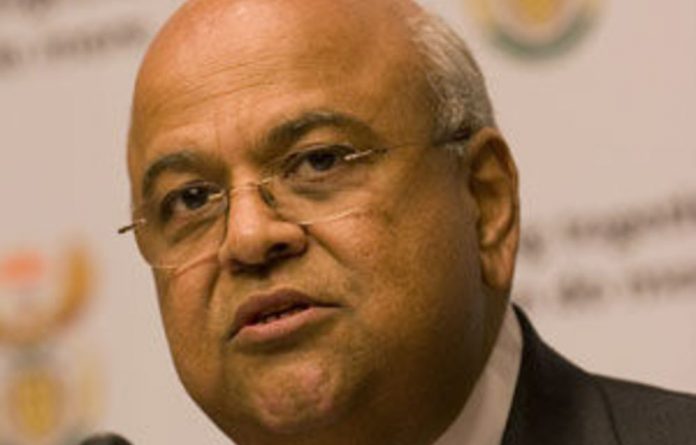 South Africa needs to double the rate of its economic growth in order to create jobs, Finance Minister Pravin Gordhan said on Thursday.

“What South Africa requires is to move out of this cycle of this 3% or 4% or 4,5% growth,” Gordhan said in a speech at the University of Johannesburg.

“We need to do something that will get us to 7% and sustain it for 20 years.”

The Treasury last month cut its economic growth forecast for 2011 to 3,4% from 3,5% projected last October. The economy grew 2,8% last year, emerging from its first recession in nearly two decades.

About half of South Africa’s adult population is unemployed, keeping millions of black South Africans poverty-stricken 17 years after the end of apartheid.

Gordhan said the new growth path — a set of policies released by Economic Development Minister Ebrahim Patel — has some measures that should be considered to fast-track the continent’s largest economy.

“What the new growth path is saying is that these are a set of possibilities, can we explore those possibilities?”

“The lesson from other parts of the world is that there is no textbook available to get to 7% growth … to create five million jobs,” he said.

Patel was handpicked by the Congress of South African Trade Unions to push for a leftist stance into government policies. Part of Patel’s proposals include more state involvement in the economy, weakening the rand currency leftist policies into government.

Gordhan’s comments on the new growth path are the strongest yet that hint support for the set of policies that drew a lot of criticism from analysts and the business sector.

Indeed Gordhan’s budget allocated billions of rand for job creating projects, which is at the heart of the new growth path.

Gordhan also repeated that the oil price was a concern for all countries in the world but the rand currency was helping.

“All governments are under pressure and we are fortunate in that the rand … became stronger at a time when the oil price is shooting,” he said, adding that the strong rand was a concern for manufacturers and it was a challenge to “keep the balance right”.

The rand trading at R6,90 against the dollar at about 6:30pm, levels considered uncompetitive by manufacturers who would like to see it at around 8,50. It has gained about 28% since the beginning of 2009. – Reuters