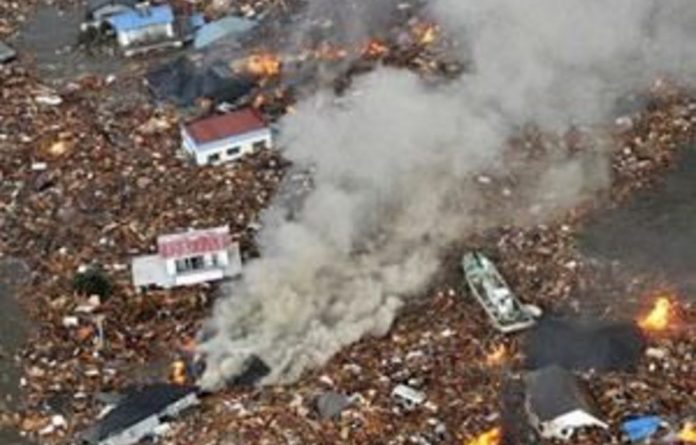 Hawaii ordered evacuations of its coastal areas and braced for a possible tidal wave set off by Friday’s earthquake in Japan as a tsunami warning was extended to most of the Pacific basin, including northern California and Oregon.

About 6 200km from Japan, the main airports on at least three of the major Hawaiian islands — Maui, Kauai and the Big Island of Hawaii — were shut down as a precaution, and the United States (US) Navy ordered all warships in Pearl Harbour to remain in port to support rescue missions as needed.

Civil defence officials ordered all Hawaiian coastal areas evacuated by 2am local time, about an hour before the first wave was expected to hit the islands at 8am (1pm GMT).

Authorities also ordered evacuations from low-lying areas on the United States island territory of Guam in the western Pacific, where residents there were urged to move at least 15m above sea level and 30m inland.

“So far no waves,” Lorilee Crisostomo told Reuters by telephone from Guam, roughly an hour after the tsunami was first due. Two hours later, Guam Police Department Officer AJ Alajadia said there was still no sign of trouble.

Pacific tsunami warning
The Pacific Tsunami Warning Centre reported a tsunami more than 1,5m above sea level on the Midway Atoll between Japan and Hawaii, but there were no reports of damage.

The agency said the tsunami warning was posted from Mexico down the Pacific coast of South America. The advisory was later extended to a stretch of the US West Coast from Point Conception, California, north through Oregon.

US President Barack Obama, a native of Hawaii, was notified of the massive Japanese quake at 4am (9am GMT) and instructed the Federal Emergency Management Agency to be prepared to go to affected US states and territories, the White House said.

“We will continue to closely monitor tsunamis around Japan and the Pacific going forward, and we are asking all our citizens in the affected region to listen to their state and local officials,” Obama said in a statement.

The quake off Japan’s northeast coast was the biggest in 140 years and triggered tsunami waves of up to 10m that swept across farmland, carrying away homes, crops, vehicles and triggering fires.

On Easter Island, a Chilean territory in the South Pacific, authorities planned to move residents to higher ground hours before a possible tsunami was expected to reach the volcanic isle on Friday afternoon.

Chilean President Sebastian Pinera, whose country was hit by a devastating 8,8-magnitude quake and ensuing tsunamis that killed more than 500 people a year ago, called on Chileans to remain alert, but to continue with their daily routines.

Gas lines, alarmed tourists
The Hawaii evacuation zone included the famous Waikiki Beach, the main hotel and tourist hub in Honolulu on the island of Oahu.

Lines for petrol stretched for blocks, and people rushed to stores to stock up on emergency supplies and water. Downtown Honolulu and Waikiki were packed with motorists trying to leave for higher ground and for shelters set up by the state.

As Hawaiians braced for a tsunami, government geologists reported that a 4,6-magnitude earthquake was unleashed at about 11pm by the restive Kilauea Volcano on the Big Island, which has been spewing lava and triggering small seismic tremors since it rumbled back to life last Saturday.

The island of Kauai was expected to be the first hit in Hawaii because the tsunami would take up to 30 minutes to cross the state, said Chip McCreary, a spokesperson for the Pacific Tsunami Warning Centre.

Nuclear plant scare
About 2 000 people living near a nuclear plant in the northeastern Japanese city of Fukushima were advised to evacuate after a quake hit on Friday.

The government of Fukushima prefecture issued the advisory for those who live 2km from the plant’s reactor because of possible leaks of radiation after the reactor’s water level fell, the Jiji Press agency reported. — Reuters, Sapa-dpa