‘Here it is every man for himself’ 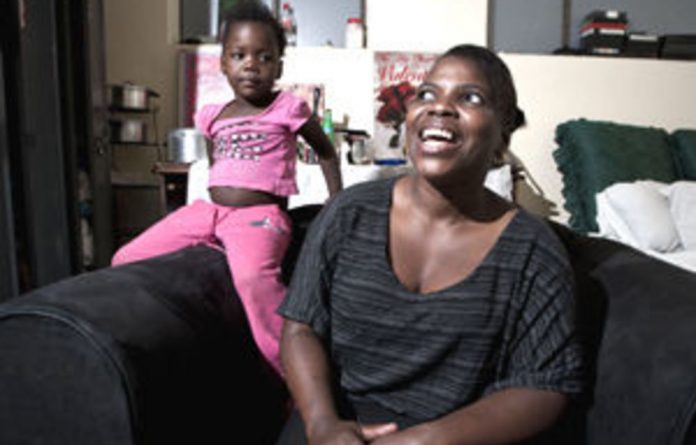 Last week, when I first met Sipho Dlamini and Nomantombi Mdodana, both “temporary” residents of the Moth building in Noord Street, they ushered me into a dank boardroom before launching into a tirade about the building’s condition.

Mdodana, dressed in her security guard uniform, sat at the head of the table and spoke softly, gesturing with her hands. Dlamini kept finishing her sentences and conveyed his annoyance through the intermittent gruff boom of his voice.

Between a rock and a hard place

The M&G sets out to examine the state of temporary housing in Jo’burg’s city centre. The shelters arose following several court orders which ruled that the City must provide alternative accommodation for those who had been evicted from buildings the city owned. Many of the evictions were related to the city’s program of urban renewal.

In retrospect, their coordinated lecture was a way of mentally preparing me for what I was about to witness on the three floors above us the following day. It was nothing short of a mass, indefinite detention.

Since early last year more than 250 people have called this cavernous three-storey hall home. In an interim order handed down in August 2009 in the South Gauteng High Court case of Chestnut Hill Investments and Others vs Johannes Maite and Others, Judge Neels Claassen ordered the City of Johannesburg to provide temporary accommodation for more than 140 occupants of a run-down industrial building in Carr Street, Newtown.

A private property developer who intended to develop retail space ahead of last year’s World Cup had been seeking to evict the Carr Street residents since 2008. The building’s occupants, who were represented by the Centre for Applied Legal Studies, were soon joined by residents from Chancellor House and BG Alexander, a former nurses’ training college, when both these buildings came up for renovation. It brought the number of residents who eventually occupied the Moth building to well over the 147 mandated in the interim order.

The latter ordered that R1,5-million was to be paid to the city by developer Chestnut Hill Investments for the relocation to the Moth building — the first half within 10 days of the order, the rest within 90 days. Part of this second payment was to be used by the city within 12 months to facilitate job skills programmes to help the residents to find work. The residents, meanwhile, were expected to try to find employment and reasonable alternative accommodation within the same period.

Different dynamics
A note posted at the entrance of the building puts the job skills registration date at January 2011, well after the 12-month period, which began in November 2009. But Dlamini and several other dwellers maintain that no registration ever took place.

The situation in the building, especially its overcrowded third floor, which houses about half the 250 inhabitants, continues to darken. Each floor has its own dynamics, affecting how people distribute themselves in the building. With the third floor least affected by flooding, the scene and mood in this dormitory is that of an indoor refugee camp. Sheets are fastened around clusters of bunk beds to forge a measure of privacy and there are two colonies of these “tents” in an approximately 300m2 room. In the cramped and unventilated space a cast of characters clashes daily.

When I ask Sbongile Mlungwana in one of the makeshift cubicles how she relates to her ever-present neighbours, she tells me, while tending to her child, that her partner was recently released on bail for assaulting one of them.

“He was actually fighting with me over something involving the baby but then she [the neighbour] got involved and he turned on her,” she says. While her partner earns a living by tinting windows in Randburg, Mlungwana minds the baby and keeps an eye on their belongings. “This is our second TV and DVD player,” she tells me. “The theft is so bad here that you can get burgled while sleeping.”

Within earshot across the narrow passage, an excitable lay preacher-type called Nhlanhla Madi has devised a peculiar coping mechanism to “counteract the debauchery” around him. With a creased forehead he relates how he has “insulated” his walls with the word of God, referring to the black cursive scrawl adorning several sheets and posters in his quarters. He quotes an extract to that effect before adding that when he finally gets a house it will be surrounded by “the Word”, to prevent him from backsliding.

Alcohol and visitors are not allowed into the Moth building and men and women are not allowed to share sleeping quarters. But the residents have annulled all these rules, fuelling tension and antisocial behaviour. Given the environment, it is easy to see it as a case of “every man for himself”, as Bongani Nkosi does.

Between a rock and a hard place
Nkosi, a lanky young man who offers a mix of pragmatism and pessimism, believes that the residents are sandwiched between wilful bureaucratic bungling by the city and a lack of adequate pressure by the legal centre, leading to a stasis. “When people speak of our situation, none of them mentions that there was corruption involved in our relocation,” Nkosi alleges. “Part of the R1,5-million ordered by the judge was meant to go towards job skills training. Someone was greedy enough to just find us a place and be like: ‘We can let this thing play itself out for three years until it dies down.’ It’s more about people pushing paper and getting paid because of our strife.”

With a few recent judgments — the seminal Occupiers of 51 Olivia Road, Berea Township, 197 Main Street, Johannesburg vs the City of Johannesburg and Others comes to mind — placing the burden of alternative accommodation for evicted indigent people squarely on the city’s shoulders, one can easily detect staunch resistance from the city. It has shown more vigour in fighting these rulings than in finding sustainable solutions for its poor.

While living conditions in the buildings housing the applicants in the above case, which pertains to the MBV building in Koch and Claim streets and the Perm building in Claim and Kotze, were significantly better than those at the Moth, there were also persistent maintenance problems, as residents’ committee members showed us this week.

In a report dated August 31 2010 that was filed in the South Gauteng High Court this year as part of the proceedings in another eviction-related case, the city claimed that its “ability to contribute, within its available resources, to the progressive realisation of the right of access to adequate housing through permanent and temporary housing solutions, as well as to the provision of emergency accommodation, is severely constrained by the city’s manpower and funding”.

Unemployment, poverty and the continual influx of people to the city through urbanisation were mentioned as the key constraints. And there are no signs of this slowing down. According to the report, the city estimated its population growth would be 1.3% per year between 2010 and 2015.

Given the city’s recognition of unemployment as a key hindrance to its ability to increase access to adequate housing, its alleged lack of commitment to assisting with a skills training programme for the Moth building residents is perturbing.

The city’s responses to questions from the Mail & Guardian were curt and vague, with housing spokesperson Bubu Xuba saying “some residents living at the Moth building had been referred to various institutions for skills development or employment”.

Legal centre attorney Morgan Courtenay said that “meaningful engagement” between both parties, as emphasised by the courts, could go a long way to reducing the number of litigations. “The issues that arise after the placement of occupiers in emergency accommodation is unique,” said Courtenay.

“The main factor that needs to be addressed is the issue of engagement with the city. It is only through the city’s cooperation that the needs of the occupiers can be addressed. Once the litigation process has begun we unfortunately cannot deal with the city directly. We … communicate through the city’s attorneys of record. The extent of our pleas to communicate are often dealt with differently, depending on the … attorneys involved.”

The complicated solution, perhaps, lies in a more holistic approach to the problem, one that looks at the larger socioeconomic plight of the city’s indigent and sees them as a resource instead of merely a burden on its ­capacity to offer shelter.

But as the situation stands now, with scores of young and old unemployed people loitering in the corridors of these and many other such buildings, the cycle of dereliction is set to continue.