If it doesn’t feature the Indian team, it’s not really cricket 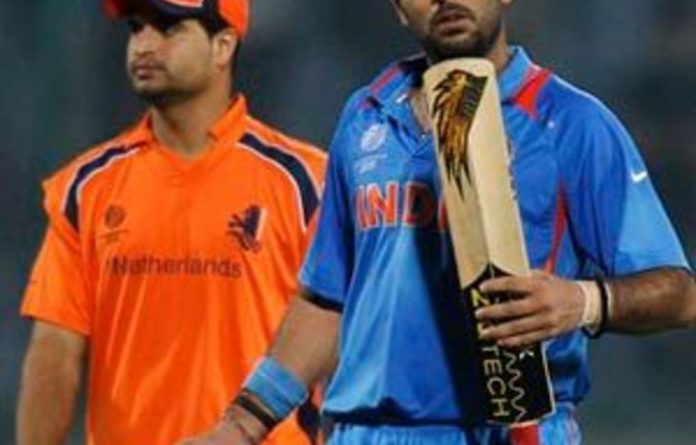 India’s second most read newspaper, the Hindustan Times, dedicated half a page to previews and analysis of the match between South Africa and England last week. The same paper had three pages of content on the match between India and Ireland. Guess which one was the bigger game?

You don’t need to know that to know that cricket is massive in India or that Indian cricket itself is gigantic, but to see how it trumps matches between any other teams is an all-consuming reality that is best experienced at first hand.

When India defeated the Netherlands by five wickets on Wednesday, to remain the only unbeaten team in their group, qualifying for the quarterfinals, most would have expected the joy to pour out onto the streets with the news that they were one step closer to the crown.

But the win came over a minnow team and India didn’t destroy them emphatically, grinding out their victory, which meant the excitement was drowned out by criticism.

Television news channel Times Now ran an hour-long feature in which it asked four expert panellists to identify India’s weakest link. The contenders were spinners Harbhajan Singh and Piyush Chawla and batsman Gautam Gambhir. None of them has performed particularly badly, with Chawla’s economy rate, at more than six runs to the over, making him the marked man.

The Indian media shuffle between hyping their own players as war heroes and burning them at the stake in the space of just days, not reflecting their ability to be critical, but an attempt to give the public what it wants to see and hear.

The public wants to devour every possible bit of information about a match involving India, from the general averages at a ground to how many times India have won there when the sun set at exactly 18:25. They seem to have forgotten that the competition involves 15 other teams and it wouldn’t care less if India were playing Martians from here on, they would still turn up in their droves to watch.

Far from capacity crowd
It’s far off from a capacity crowd at any stadium, but it confirms that the Proteas are regarded as the fans’ second-favourite team.

Support for South Africa has been growing, with many locals saying that it’s about time they got their hands on an International Cricket Council Cup.

That’s why the marquee clash between India and South Africa on Saturday could prove to be an even bigger contest than the final — if that doesn’t feature the same two teams.

Nagpur, the city which will provide the battleground, is sold out, with everything from hotel rooms to match tickets unavailable.

The media will dedicate massive chunks of editorial space to previewing this contest, most of which will be slanted in favour of India, a team which should know that if they slip up, the response will not be kind.