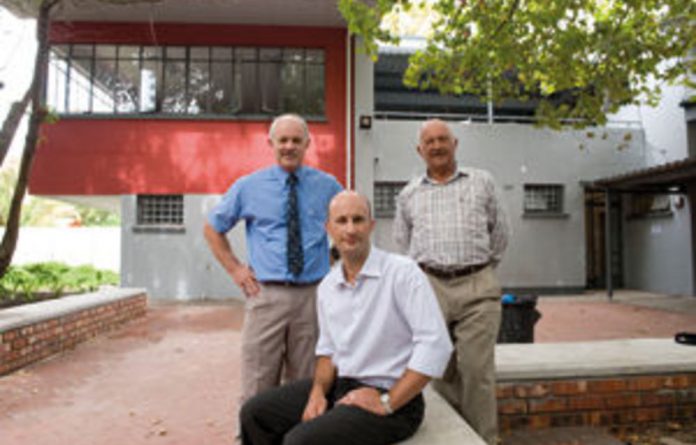 What does it take to start a new school?

Experts will tell you it takes more than purchasing the right number of toilet paper rolls and test tubes or appointing teachers brimming with enthusiasm. What you need, they will tell you, is experience and solid back-up systems.

This is the model the Western Cape education department has decided to adopt in an innovative and brave move to stem the teething problems often associated with setting up new schools.

It boils down to a functioning, well-performing public school taking on the challenge of setting up a new school. More specifically, the department has asked Cape Town’s Westerford High School, to set up Claremont High School about three kilometres away in a project that will run over three years.

Westerford High’s mathematics and science bias, coupled with its grade 12 learners’ exceptional achievement in these critical subjects, has long catapulted the school to educational stardom.
It is this recipe for success that the provincial department of education would like to see duplicated over time at Claremont High.

This, in turn, forms part of the provincial government’s ongoing attempts to expand access to maths and science education through specialised schools.

“This is like planting a new school,” says Rob le Roux, principal of Westerford High, who is documenting every step of the way “hoping that it is a model of what is possible”.

The journey started in May last year when Penny Vinjevold, superintendent general of the Western Cape education department, approached Le Roux with the idea.

He did not flinch. To start a school where children are happy and receive quality education is an honour. But the decision was not his. He called a staff meeting. The teachers did not flinch either.

“They were very excited and wanted to take on the project as an outreach project,” says Le Roux.
But Le Roux also had to secure buy-in from parents. The school’s governing body also approved the initiative, setting up a subcommittee that would be responsible for the governance of Claremont High until the school could elect its own governors.

The school opened in January with 135 pupils. There are 105 grade eights in three classes of 35 each and one class of 30 in grade 10. At the senior level the school only offers a basic curriculum, including mathematics, science, geography, accounting, life orientation, English and Afrikaans or isiXhosa.

Despite stringent requirements, including potential for achievement in maths and science and proof of participation in sport, cultural activities and community service, the demand for entry was significant.

“We received approximately 300 applications for the 105 grade eight positions,” says Le Roux.
On the educator’s side the department allocated seven posts to Westerford to distribute to Claremont. Murray Gibbon, a former Westerford pupil, is the deputy principal at Claremont High. In addition to having a former Westerford pupil as the “on-site” leader at Claremont High the project is also benefiting from the wisdom of his father. Dr John Gibbon has no formal role but is an ex-principal of Westerford. His enthusiastic interest in the project and education expertise is a resource that Le Roux and Murray Gibbon are tapping into.

On Le Roux’s busy timetable two hours a week have been set aside for a formal meeting with Murray Gibbon.

“The Claremont teachers do all the work — set the tests, mark them, but they return to their classrooms with new ideas. This is an ongoing supportive system,” says Le Roux.

On the governance side the committee of parents that Westerford set up, is working hand in hand with parents co-opted from Claremont. This group meets once a month to discuss marketing strategies to supplement the government subsidy and the relatively low school fees of R4 000 per learner per year.

Although most of the systems appear to be working already, there are obstacles. Claremont High, for instance, has no sports fields. There is a small section of tar, a mini swimming pool and a small hall. But because it is being moulded on the Westerford model, which requires learners to undertake cultural and sport activities on top of their academic work — “the school day is until 16:30” — everyone has to put their heads together.

“So we have to be creative about which sports to introduce, the emphasis being on a healthy lifestyle, general fitness and enjoyment,” says Le Roux.