Root out the rot before it undermines the Constitution 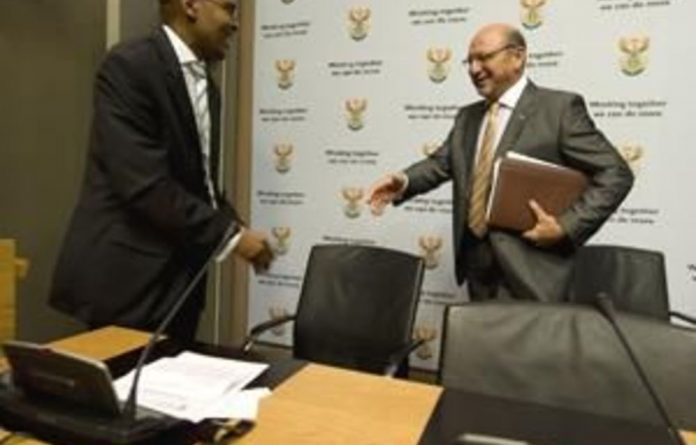 In 1952 then-minister of native affairs, Dr HF Verwoerd, explained to Parliament that the introduction of a centralised system of influx control was required to ensure a match between the supply of “native labour” and the demand for it in the urban areas of the country.

In 1985 after then-state president PW Botha declared a state of emergency, this newspaper led with a photo­graph of sjambok-wielding police marching in central Johannesburg. The caption proclaimed “the country belongs to them”.

An essential purpose of our Constitution was to provide the framework for a democratic society in which the dignity of all who live in this country would be guaranteed and in which the police and other powerful agents of government would be accountable to the Constitution — that the exercise of their powers would be transparent and directed solely towards the goals of democracy.

Given the developments of the past few weeks, we must seriously ask if these constitutional objectives are not under severe threat. The government chose to appoint as its chief communicator a person whose commitment to non-racialism has been under scrutiny for some time. Jimmy Manyi, during his tenure with the Black Management Forum and then as director general of the department of labour, adopted an aggressive stance that favoured forms of BEE that appeared to favour a small black bourgeoisie as opposed to the promotion of the dignity of millions who were and remain disadvantaged.

The non-racial, social-democratic discourse of the Constitution, which was so central to ANC policy, has given way to a form of racial populism favouring a small elite and all too often led by those who had played no role in the struggle for democracy. So it is hardly surprising that Manyi considers “coloured people” as labour units to be matched to supply and shows the same kind of outrageous disrespect as was shown by Verwoerd to black South Africans as he piloted his white populist project.

Whatever the motives of Solidarity in publicising a year-old interview, the fact remains that Manyi spewed forth racist bile about both coloured and Indian South Africans but was still appointed to communicate the policies of a government committed to a non-racial democracy.

‘Non-racial democracy’
That Paul Ngobeni, an adviser to Lindiwe Sisulu, the minister of defence, can feel confident enough — his own dubious legal record in the United States notwithstanding — to launch an unbridled attack on a senior Cabinet minister, Trevor Manuel, who was only being consistent with his decades of commitment to non-racial democracy, is itself illuminating.

It lends support to the view that there are powerful elements in the ANC who seem to be unable to distinguish between the crude post-Sobukwe Pan Africanist Congress and the decades of history of the ANC and its alliance partners, including the historic role of the United Democratic Front, to the development of a non-racial vision for this country.

If that was not enough, then the debacle surrounding the raid of the offices of the public protector is surely cause for alarm. Recall that the public protector’s report about a lease implicates Police Commissioner Bheki Cele in a serious breach of fiduciary duty. It follows hard on the heels of the successful prosecution of Cele’s predecessor. Even without such a spectre of previous corruption of the police, the report demanded the immediate attention of government.

Cele claims that there was no authority for the raid, which indicates that some police officers are out of control — hardly a recommendation for the stewardship of Cele. We are told an investigation is under way. It had better be transparent so that the public can test the claims that no one in authority knew of or did not prevent the raid. But where is the investigation into the allegations made against Cele?

On its own this raid is cause for grave concern, raising the question of a South African Watergate. But this is not the first time that police accountability has been called into question. We still do not know who passed on the McCarthy tapes to President Jacob Zuma’s defence team, an act that is manifestly illegal.

On their own these two events do not herald the end of constitutional democracy. On the contrary, that both events are subject to open debate is the stuff of a vibrant democracy. But they do indicate that the canary in the mineshaft has begun to sneeze.

The conduct of Manyi is, at the least, an illustration that the non-racial enterprise is now under severe pressure and that the legacy of 300 years of racism may not be resolved — that the construction of the non-racial society envisaged in the Constitution, in which the historical patterns of disadvantage are redressed, will not be realised.

The response to the report of the public protector confirms that the principles of public accountability, transparency and integrity are all too often honoured in the breach by those in power. The erosion of the Constitution may begin slowly but, if the citizenry remain silent in the wake of the recent behaviour of those in powerful office, before we realise it our constitutional foundations may be weakened beyond repair.