UCT in war over ‘bantu education’ 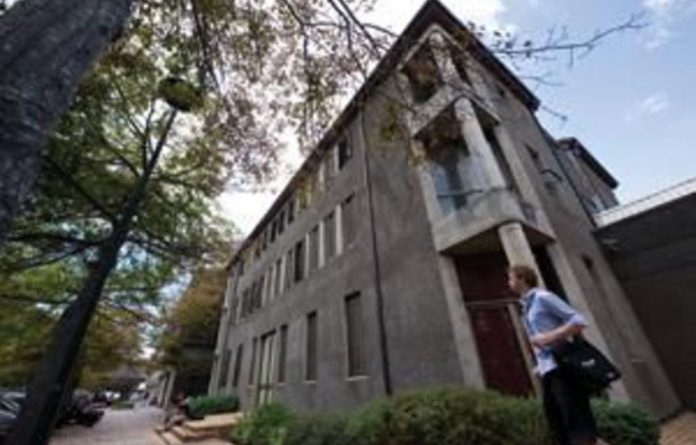 The spectre of “bantu education” has risen to haunt the University of Cape Town (UCT) again.
Controversy is erupting as UCT’s administration moves in on the university’s renowned Centre for African Studies (CAS). What these moves should be called is itself contested — the “closure” of CAS, as some outraged students and staff see it; its “disestablishment” and “merging”, as the administration prefers.

Those who oppose the move are drawing provocative parallels with the volcanic “Mamdani affair” at UCT in the late 1990s. Formerly director of CAS, Mahmood Mamdani is the distinguished post-colonial scholar whose draft syllabus in 1997 for a foundation course on Africa was undermined by “administrative fiat” from UCT’s liberal-academic powerbrokers, he later wrote.

The revised syllabus that resulted was academically so third-rate that it prompted him to ask whether UCT was “a new home for bantu education”. Mamdani had been appointed to the prestigious AC Jordan chair of African studies, but left UCT shortly after the syllabus saga for Columbia University in the United States.

Now CAS’s future is uncertain. Rumours last year that moves were afoot behind closed doors to move against CAS spurred students and alumni to form the Concerned CAS Students’ group in February this year. Students who spoke to the Mail & Guardian asked that their names not be published.

Mobilising support
Using the resources of social and other media, including a Facebook page, the group has mobilised support from scholars and former CAS students around the world and in South Africa. The M&G has received emails from locations as diverse as Ghana and Harvard, Mauritius and Australia, all enthusiastically endorsing CAS and bitterly denouncing any moves against it.

Such pressure has forced the matter — and UCT officials — into the open. Last month humanities dean Paula Ensor issued two statements denying that CAS would be closed but acknowledging that discussions among staff had been going on for a year. Two weeks ago she convened a faculty discussion, one that students said was their first opportunity to air their views.

This week Ensor sent the M&G a seven-page response to the newspaper’s questions. She said no decision had been taken to “close” CAS although its “disestablishment” had been part of discussions “taking place for well over a year now about the creation of a new school for critical inquiry in Africa”.

The administration’s moves derive from budget concerns about the viability of small departments, which Ensor’s faculty decided last year are those with fewer than six full-time academic staff. CAS has more than 300 students and only two full-time, permanent academic staff.

Discussions had centred on merging CAS with the university’s African Gender Institute and its linguistics and anthropology departments, Ensor said. The new school would “draw together cutting-edge research and teaching about epistemologies and representations of Africa”, she said. “It would lay the basis for an extraordinary flowering of intellectual work and lift the academic game of the faculty to an entirely new level.”

Concerned students
The Concerned CAS Students are not buying this and said in a statement this week that they had been “excluded for more than a year of formal discussions around a ‘new school'”. They argued that what “Africa” meant was itself contested and said they “do not know what ‘Africa’ signifies for these [other] departments as seen through their disciplines”.

Responding to earlier arguments from Ensor that CAS was no longer needed because, unlike when it was established in 1976, Africa is now taught broadly across the UCT curriculum, the students said “a handful of ‘Africa’ courses in different departments does not constitute the study of Africa — far less critical study”.

They said: “[G]iven the history of bantu studies at UCT … a post-apartheid university committed to transformation should prioritise the critical study of Africa …

“Offering elective courses on ‘Africa’ seems to pay lip service to our concerns … [But] how can we not be concerned that a new department of ‘social anthropology, linguistics and gender’ … is not rehearsing an old model of colonial ethnography and area studies in the ‘modernised’ discourses of global multiculturalism?”

Harry Garuba, the director of CAS, confirmed that the “processes of deciding what to do with the centre started a long time ago and are still ongoing. Our hope is that they lead to an outcome that is best for CAS and the university.”

Asked to explain what is at stake in retaining or losing a centre dedicated to the study of Africa, Garuba referred the M&G to his address at Michigan University in the US when it launched its centre for African studies in 2009.

In this he dissected the ways in which he had been asked why African universities should have centres of African studies. These ranged from “genuinely puzzled ignorance” to “condescending arrogance”.

All, though, “ignore the agency of African intellectuals themselves”, Garuba wrote. “We need to remind ourselves … that the struggle against marginalisation and objectification within the domain of knowledge was not simply a struggle for seamless integration, as the liberal mind likes to think. It was more fundamentally a struggle for epistemological decolonisation …

“Every university in Africa has to answer [the question about the place of African studies] for itself.”

No decision yet
So has UCT decided? Ensor maintained again this week that no decision on CAS’s future had been made. But the M&G has a copy of an email she sent to several staff members on November 26 that appears to suggest she at least had already made up her mind. In this Ensor wrote: “It is expected that the disestablishment of the three present departments [including CAS] and the formation of the new department (probably by then described as a school) will be approved at faculty board in March, [and] by council in the months following, with effect from 1 January 2012.”

Responding to M&G questions, Ensor said only the UCT council could “establish or disestablish a department” and then only on the recommendation of the senate and faculty board.

“The email you refer to is a summary of a discussion with all the participants in the new school discussions, and contains a set of PROPOSALS, not decisions. The proposals emerged from a consensus within the group and the intention was that these would be put to faculty board for discussion and approval …

“In terms of the proposal all the activities of the participating units would continue and indeed be augmented.”

About 30 staff had been involved in the year-long consultation, Ensor said. This showed UCT was not repeating what Mamdani identified 12 years ago as the “administrative decision-making in academic affairs” he encountered.

“You will find no evidence of such decanal high-handedness in the present situation,” she said.
For now at least, the Concerned CAS Students appear to have been heard. The March meeting of the faculty board to which Ensor’s November 26 email referred took place on Wednesday, but it did not issue the approval for disestablishing CAS that her email predicted.

Instead, “heads of the participating units indicated that they are still committed to taking the discussion further”, Ensor said after the meeting.

“In terms of student participation we will ensure … that their views are canvassed and considered. They are certainly not excluded and we welcome their views,” she said.